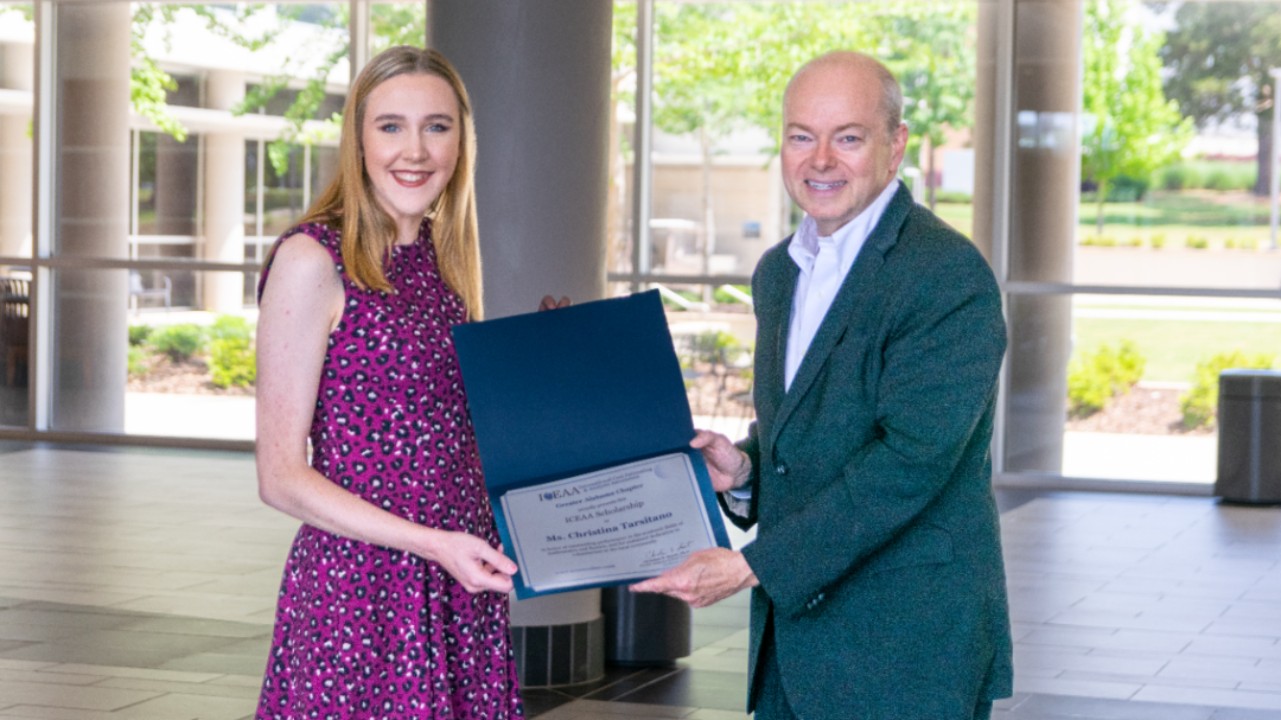 Make it happen is a saying in our family. She’s making it happen.

ICEAA is a nonprofit organization that strives to promote and enhance the profession of cost estimating and analysis with the primary goal of fostering the professional growth of our members in cost estimating, cost analysis, and allied fields. ICEAA is represented locally by more than 20 chapters nationwide and international affiliates in Australia, Canada, Japan and the United Kingdom.

Christina was chosen for this award due to her "dedication to the mathematics and finance academic fields and for her outstanding record of volunteerism in the local community," shares a representative from the Greater Alabama ICEAA chapter.

Christina is also participating in a National Science Foundation (NSF) Research Experiences for Undergraduates (REU) this summer for Solar and Heliospheric Physics working with Center for Space Plasma & Aeronomic Research (CSPAR) and NASA Marshall Space Flight Center (MSFC). She will be working with Dr. Amy Winebarger, astrophysicist at NASA MSFC, and Dr. Athiray Panchapakesan, Research Scientist at CSPAR. The project is about analyzing the solar observational data obtained from a sounding rocket flight launched in July 2021.

"When she was little, she would launch rockets with her dad. It’s exciting to have her following in her dad's and grandad's footsteps. It makes it a family thing," says her grandmother, who also attended the award ceremony.

Dr. Christian B. Smart, an alumnas of UAH, presented Christina with this award. Dr. Smart earned his M.A. in mathematics 1994 and a Ph.D. in applied mathematics 1996, both at UAH. He says that "probability and mathematical thinking have benefitting me most through my entire career. We work on a lot of Department of Defense and NASA projects, sometimes that cost billions of dollars, forecasting decades in the future. A lot of certainty and risk goes into that. That’s where mathematics comes in - quantifying that. Cost analysis is crucial."

Dr. Smart also presented the Department of Mathematical Sciences with a signed copy of his new book entitled Solving for Project Risk Management: Understanding the Critical Role of Uncertainty in Project Management for their library.