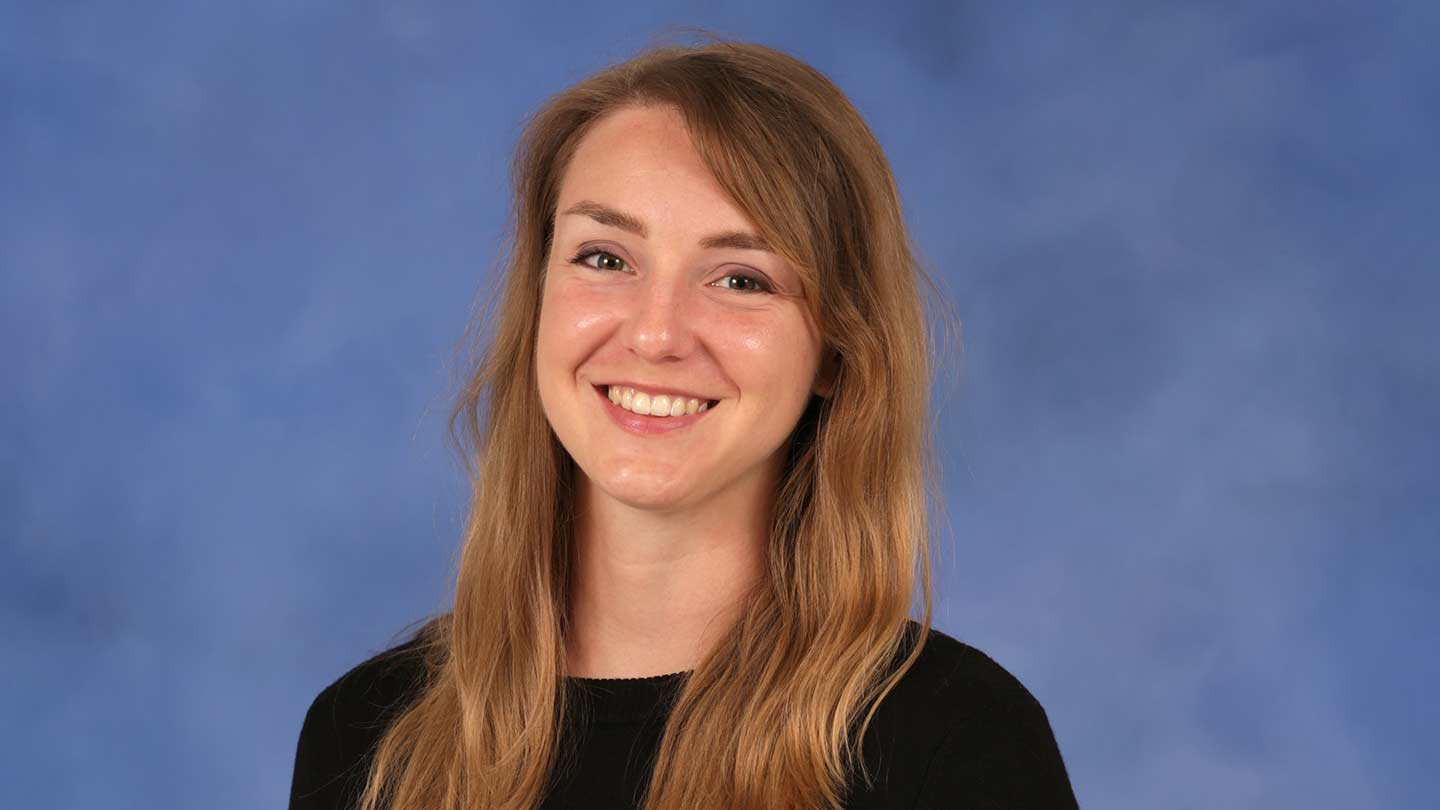 Jeanné le Roux’s research is among the first to use commercial high-resolution small satellite data for air quality research.

The peer-reviewed paper appeared in Remote Sensing and was co-authored by le Roux, Dr. Sundar Christopher, UAH professor of atmospheric and Earth science, and Manil Maskey, a researcher at NASA’s Marshall Space Flight Center. The research was supported by a NASA grant for its Commercial Smallsat Data Acquisition program.

Le Roux looked at applying the data from PlanetScope sensors aboard 100-plus Dove smallsats deployed by the company Planet for use in fine particulate matter air quality assessments. Dove satellites are smallsats in 3U configurations, which basically means each is the size of three cube satellites (CubeSats) joined together, measuring 10 x 10 x 30 centimeters.

“This was an initial investigation into the feasibility of using commercial high resolution CubeSat data,” says le Roux, who is from Riverside, Calif., and also works as a research associate with NASA’s Interagency Implementation and Advanced Concepts Team (IMPACT).

“While this data shows a lot of promise for air quality applications, there are certain considerations that need to be taken into account, primarily related to inconsistencies that can arise when data from 130-plus individual sensors are combined.”

Planet was the first in the industry to launch such a large number of smallsats in the same network for the specific purpose of Earth observation, but there are many other companies that have or are planning smallsat networks for various purposes.

Atmospheric scientists use various satellite data to augment a large network of ground-based air quality monitoring stations located in the U.S. and around the globe, such as the Environmental Protection Agency’s Air Quality System.

“The issue with these ground networks is that, while they take frequent measurements, they only provide air quality information at the specific point location of the ground monitoring site,” le Roux says. “Satellite data can be used to help fill in the gaps and estimate air quality parameters over vast and continuous spatial scales.”

Commercial enterprises have been at the forefront of providing very high-resolution satellite imagery available for purchase, le Roux says.

“Until government-funded satellites are designed to compete, this commercial data will be highly sought after for a very wide variety of scientific applications,” she says.

“Data from the company Planet specifically is unique, in that it provides high resolution coverage of most of the Earth’s landmass on a daily basis. Most other commercial high-resolution satellites do not offer global coverage at this frequency, and are rather tasked to focus on specific areas of the Earth based on customer requests.”

While there are government satellites that provide air quality information, none of them have been developed to do so at a spatial resolution that is as detailed as that currently offered by commercial satellites, le Roux says.

“For example, NASA’s Moderate Resolution Imaging Spectroradiometer (MODIS) can be used to derive various air quality parameters with a pixel size as low as 250 meters, but PlanetScope’s pixel size is still considerably smaller at only 3 meters,” le Roux says.

While it is possible that the government will invest in technology similar to Planet’s commercial network in the future, to date commercial enterprises have been the pathfinders for this approach to collecting remotely sensed imagery, she says.

Le Roux did find some drawbacks to using smallsats for atmospheric particulate research.

“The main drawback to this data is potential consistency issues that arise, since data are combined from over 100 individual sensors,” she says. “While great care is taken to make imagery from the various sensors as consistent as possible, geometric and radiometric calibration quality concerns have been brought up in past studies.”

Also, CubeSats have a limited number of bands to view the Earth, she says. While the MODIS has 36 channels, commercial sensors have three to four bands, typically in the visible to the near-infrared part of the spectrum. That’s a drawback for studies that need more coverage in the electromagnetic spectrum.

“One of the first things that we need to understand is the quality of the measurements using calibration concepts. Then we need to assess the geolocation accuracies,” le Roux says. “Our work provides the framework and methods for assessing these accuracies.”

The technology employed in Planet’s constellation of smallsats continues to improve so the quality of data should continue to be evaluated in future studies, le Roux says.

“The benefits of having this frequent high-resolution imagery often outweigh some of the data quality concerns.”