Created in September 2013, the Department of Space Science is the newest department at UAH.

Our areas of expertise include

The solar wind creates a bubble in space, four times larger in size than the orbit of Neptune, we call the heliosphere. This colossal plasma shield protects us from harmful radiation permeating the Galaxy. In 2012 NASA's Voyager 1 space probe left the solar system and is now humanity's first outpost in interstellar space. Our faculty and researchers use data from Voyager and IBEX to understand how the heliosphere works. 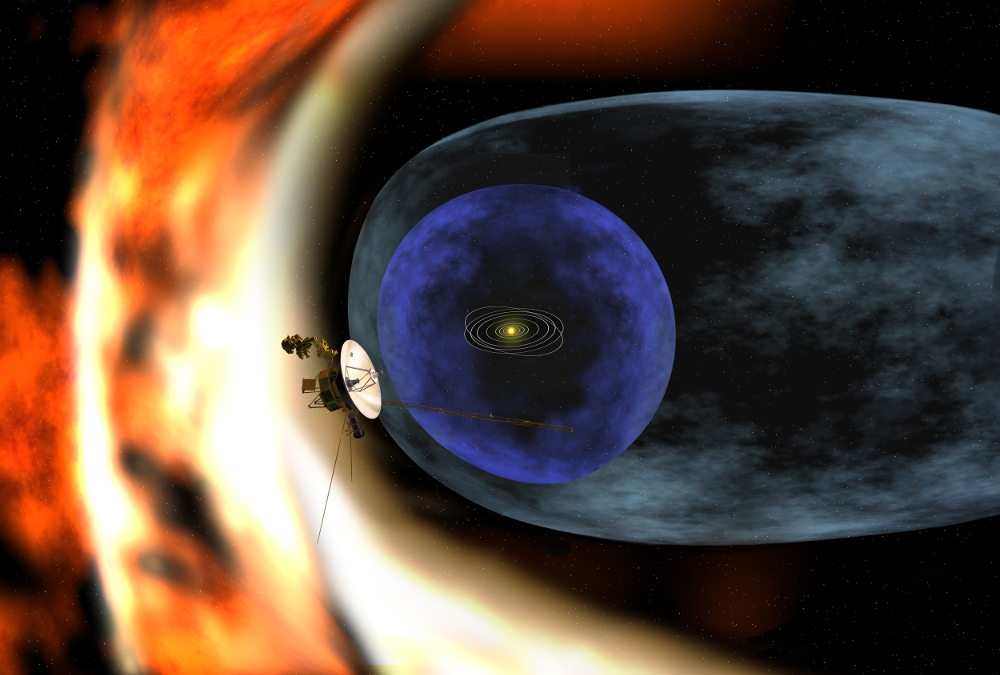 A three-dimensional view of the heliosphere, the plasma shield between our solar system and the Milky Way galaxy. For the first time in history a robotic explorer investigates space beyond the shield.

The Universe is filled with sources of very energetic plasma, which may be highly directional, in the form of jets. These can be observed at X-ray and gamma-ray wavelengths, as well as in the form of energetic particles, known as cosmic rays, that have been accelerated at the sources. Researchers in the Department of Space Science have access to Chandra X-ray and Fermi gamma-ray data. Such observations can be used to map out the parameters of the expanding Universe.