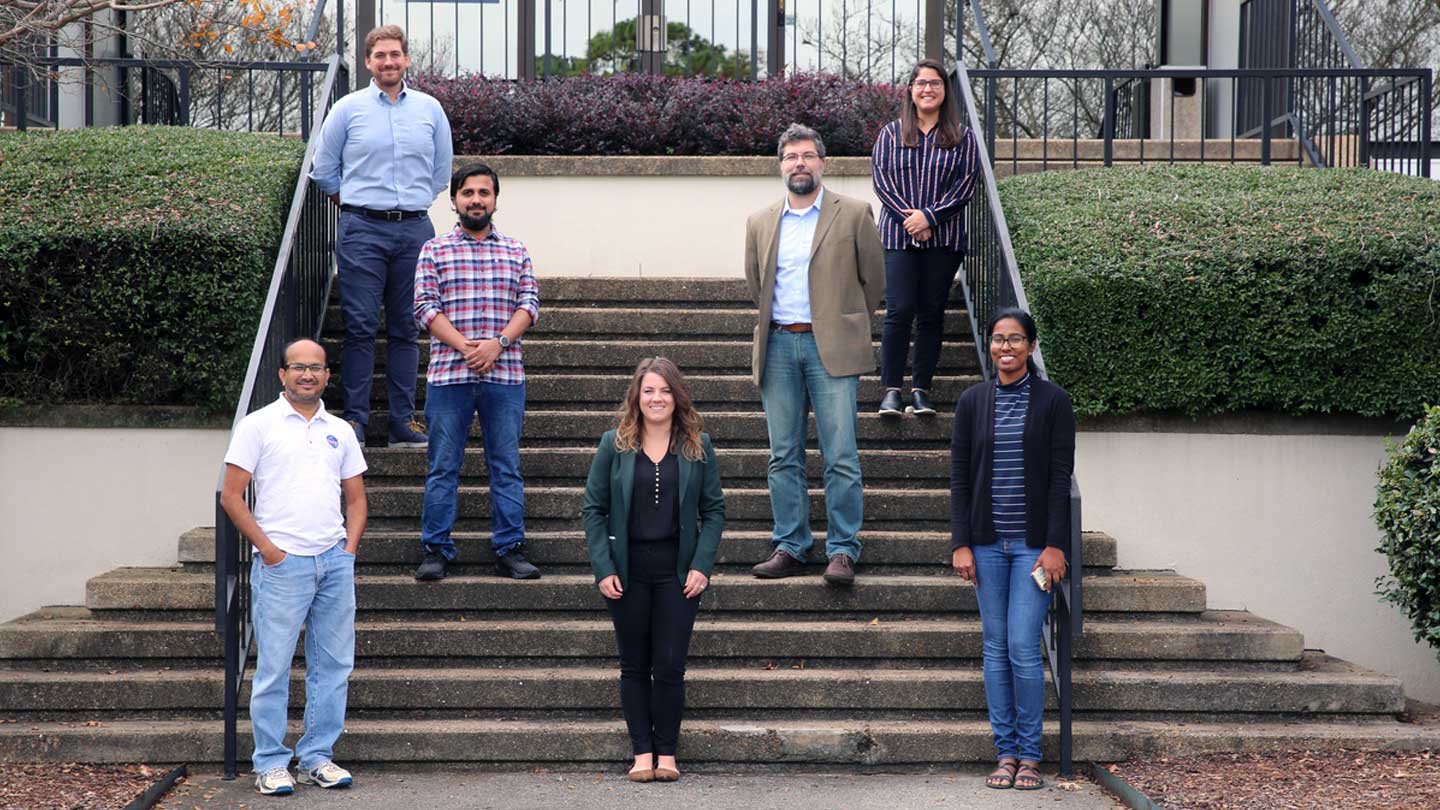 Air pollution in Thailand becomes a problem when the low temperatures and calm winds during the Asian monsoon dry season, and air pollution from forest fires and agricultural burning, create a cross-boundary issue in the Lower Mekong Delta.

The app was co-developed with the Royal Thai Government Pollution Control Department (RTGPCD) and Geo-Informatics and Space Technology Development Agency (GISTDA), which is Thailand’s NASA equivalent.

SERVIR works with regional partners, called hubs, around the world to build capacity to use satellite Earth observations and geospatial technologies to address environmental challenges.

"In April of 2019, SERVIR-Mekong initiated a collaboration with the RTGPCD to improve air quality monitoring and forecasting in Thailand," says Amanda Markert, an ESSC research scientist and NASA/SERVIR-Mekong regional science coordination lead who manages SERVIR-Mekong activities from the UAH/NASA side including air quality work.

"Through this effort, the SERVIR-Mekong team partnered with RTGPCD to leverage global forecast models and satellite observations to more effectively monitor and forecast air quality in Thailand."

"The air quality explorer uses outputs from GEOS and calibrates against local ground measurements in Thailand using an advanced machine learning technique to retrieve biased corrected air quality forecasts 72 hours in advance," Dr. Gupta says. "The app has been added to the RTGPCD website home page and will be used to more comprehensively monitor, advise and take actions to mitigate air quality in the country."

"We have stepped into the world of technology. We look and understand the world from space through satellite technology," says Athapol Charoenshunsa, director general of the RTGPCD. "Not only the past and the present, we shall also tell everyone in the future to prepare for environmental pollution properly and effectively."

In addition to app development, the UAH SERVIR-Mekong team has supported training and youth outreach efforts. Dr. Gupta conducted two training sessions on the Remote Sensing of Air Quality. The first was for the ADPC in July 2019. The second was in August 2020 for the RTGCD and GISTDA. The training was supported by NASA Applied Remote Sensing Training and the Committee of Earth Observation Satellites.

A joint partnership between USAID and NASA, SERVIR works with organizations around the world to use space-based observations to inform public policy, adapt to the impacts of global change and better plan for a sustainable future.

Led by the ADPC, since 2015 SERVIR-Mekong has been working in partnership with leading regional organizations across the five lower Mekong countries of Vietnam, Cambodia, Laos PDR, Myanmar and Thailand to harness Earth observations to help address regional challenges. At UAH, ESS staff support these SERVIR hubs.