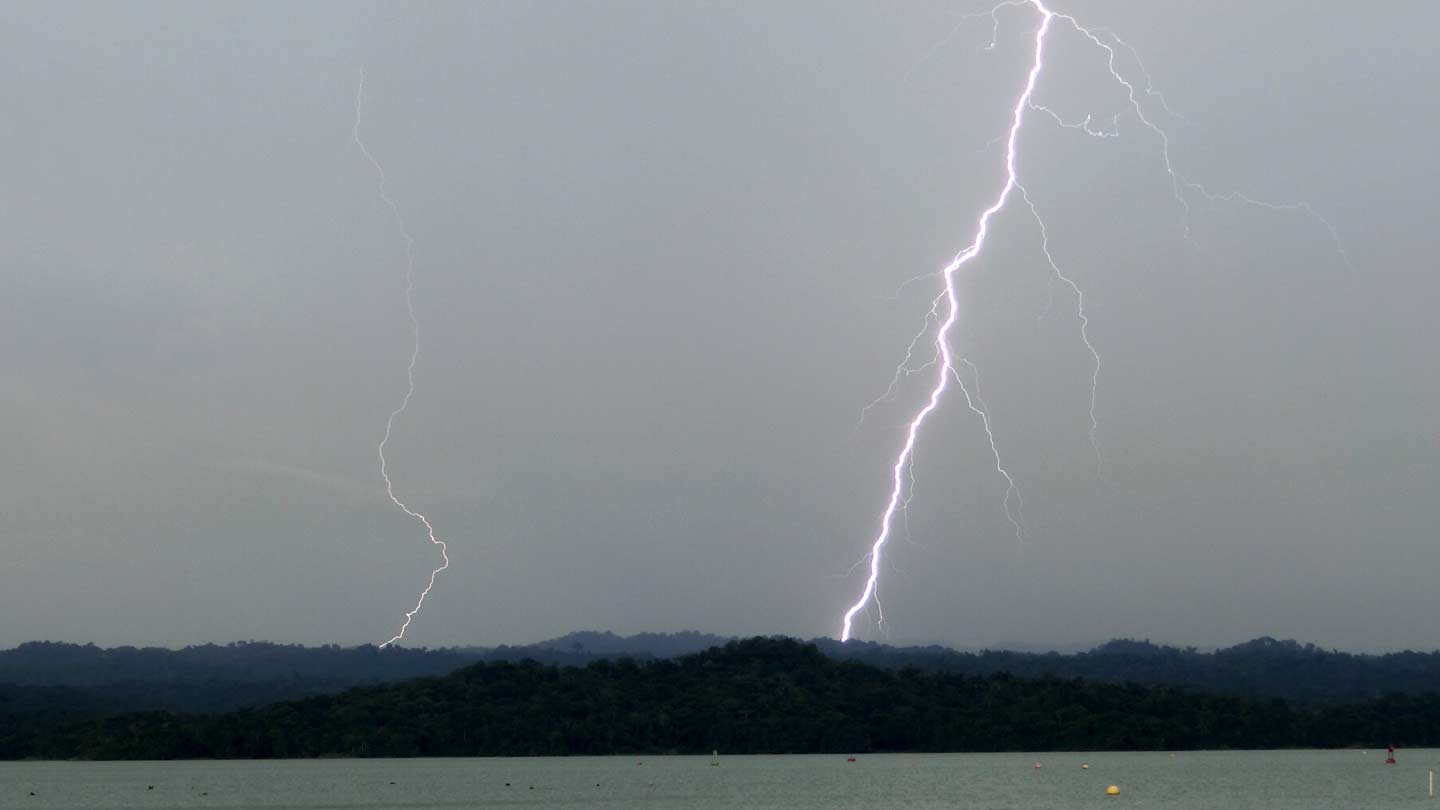 Lightning strikes in a tropical rainforest near Barro Colorado Island in the Panama Canal during a 2016 wet season storm.

Trees and lightning generally don't play well together. However, while many trees struck by lightning explode or ignite or are otherwise instantly killed, other trees (especially in the tropics) seem less effected by lightning strikes and live for a while. Some eventually recover.

Is that because some lightning strokes are more powerful or longer lasting than other lightning strokes? Or does it have something to do with the trees themselves or the vines that entangle them? Scientists don't know the answers to those questions, although they have a couple of hypotheses.

This summer, a team of scientists from The University of Alabama in Huntsville (UAH) is installing lightning-monitoring instruments on an island in the Panama Canal as part of an experiment supported by the National Science Foundation (NSF) to better understand the interaction between trees and lightning.

"The interaction between lightning and trees is complicated," says Dr. Phillip Bitzer, an associate professor in UAH's Department of Atmospheric Science. "This is a first attempt at understanding that interaction." 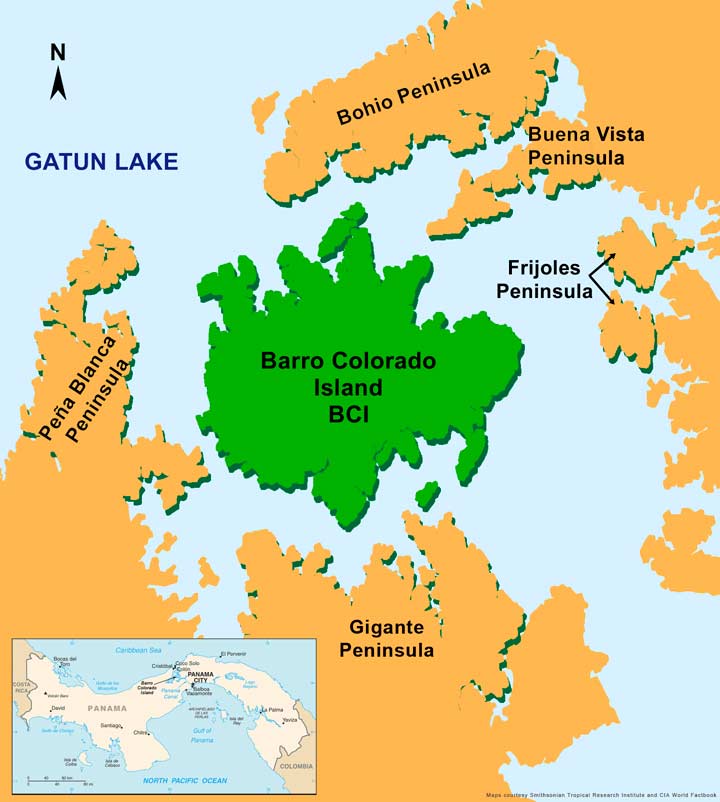 A pair of atmospheric electric field change meters made with stainless steel salad bowls from Target and an array of high-speed cameras will help Dr. Bitzer and his team pinpoint where lightning from Panama's frequent wet season storms strikes on Barro Colorado, a large island in the canal that is home to a research station run by the Smithsonian Tropical Research Institute (STRI).

With data pinpointing those strikes within a few meters, ecologist Steve Yanoviak and his team from the University of Louisville and STRI scientists have a good chance of finding trees that are hit by lightning. They want quick feedback on which trees are killed and which trees survive so they can gather information about population dynamics and, in part, so they can track the ongoing health of surviving trees.

"Some trees, particularly in tropical forests, seem to get hit with no ill effects," Dr. Bitzer says. "Some are dead instantly. Others survive, but die within weeks or months thereafter. Sometimes lightning hits a tree, which suffers damage, which seems to send up the 'party' flag to all the local insects, which could explain the delayed mortality."

Another hypothesis being tested is that lianas, or woody vines, that cover some tropical trees act like lightning rods or grounding wires to channel lightning to the ground before it can damage the host tree.

"Perhaps they have a lower electrical resistance, so they would make better conductors for lightning to flow through to the ground," says Dr. Bitzer. "The liana will be destroyed, but the tree will be spared. Initial analysis of preliminary data from three years of prior research seems to indicate that is the case, at least sometimes."

A research grant of $350,000 from the NSF will support operations on Barro Colorado through three rainy seasons. The research team expects about 100 to 150 lightning strikes on the island during each wet season, which should be a large enough sample to provide the data needed to answer their scientific questions.

One of the advantages of doing the research on Barro Colorado, Dr. Bitzer says, is that on some parts of the island every tree has been counted, measured, and recorded as part of earlier forest ecology projects. "The forest is fairly well documented," he says. "There are areas where every tree has been tagged, and the STRI scientists can tell you how old it is and everything about that tree."

In addition to helping pinpoint each lightning stroke, the electric field change meters also provide information about each stroke, including its peak current and the duration of each lightning strike. Dr. Bitzer is particularly interested in the effects of lightning that lasts longer than normal lightning.

Most cloud-to-ground lightning (about 8 of 9) is a rapid series of strikes, each lasting a few hundredths of millions of a second – much too fast for our eyes to separate into individual events. The other 1 in 9, give or take, creates a channel in the air, through which lightning's current can flow for tens to thousands of times longer than a normal lightning flash. While that might still be only a few hundredths of a second, this continuing-current lightning makes things sizzle.

"If it hits a tree, for instance, the longer the current flows the hotter the tree will get," Dr. Bitzer says. "We think continuing-current lightning is responsible for a disproportionate percentage of the fires caused by lightning."