The Propulsion Research Center would like to formally congratulate the UAH Space Hardware Club (SHC) on their completion and launching of ChargerSat1, an entirely student-built CubeSat.  This project began as an application for the CubeSat Launch Initiative(CLI) in Fall, 2011.  SHC was accepted by the CLI in February, 2012 and ChargerSat1 was scheduled for launch through the US Air Force’s Operationally Responsive Space 3 mission in November, 2013. 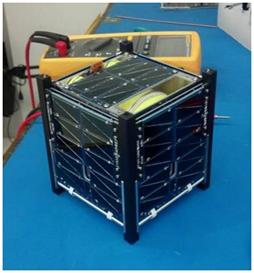 ChargerSat1.2 is currently in orbit, launched from Wallops Island, VA on November 19th, 2013.   The satellite is currently transmitting data collected in orbit.  The launch video can be viewed here.

This accomplishment is a wonderful example of how UAH students can rise to the occasion, or above the lower atmosphere.