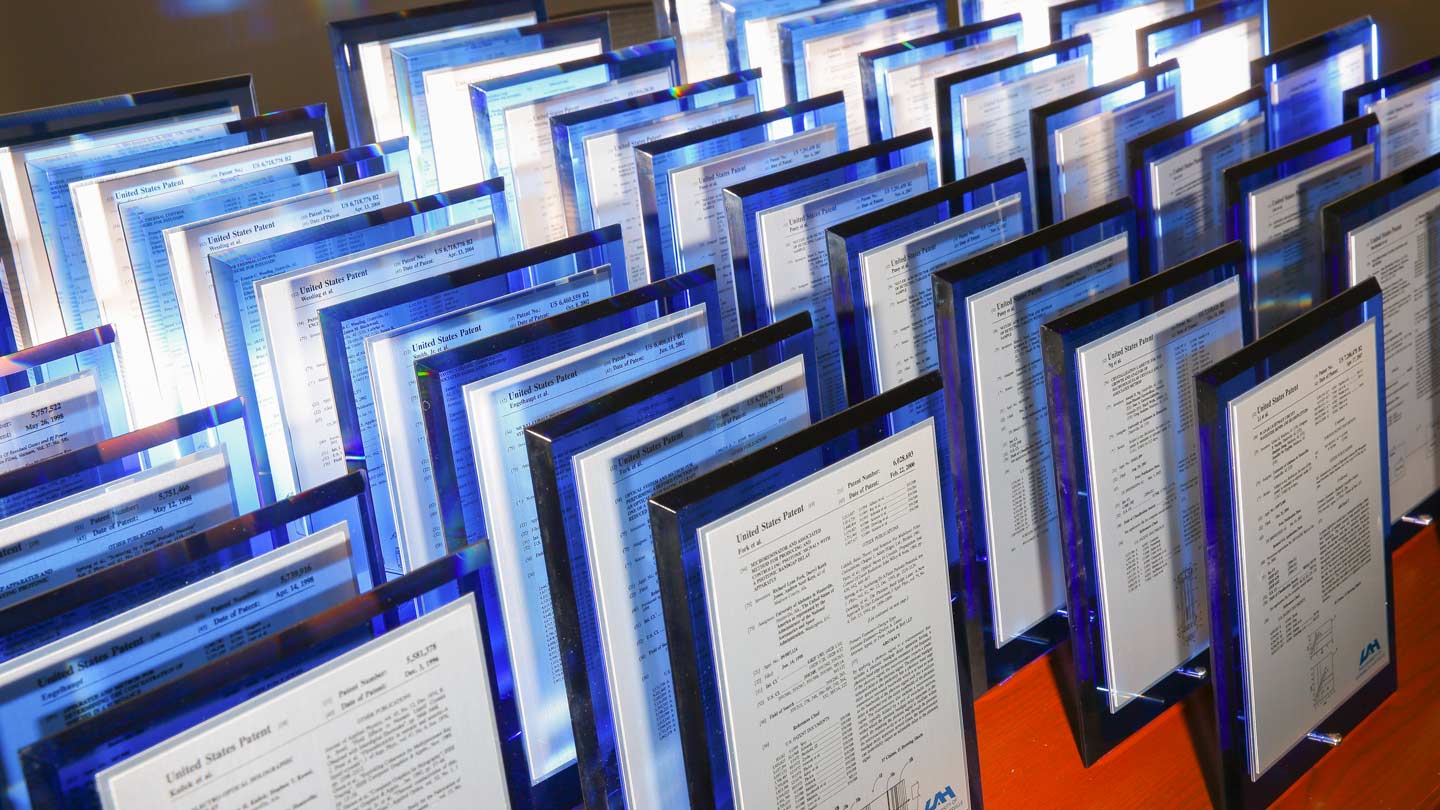 Rows of glass desk plaques, each signifying a UAH-originated patent, await their recipients.

Twenty-five inventors from The University of Alabama in Huntsville (UAH) received awards for 30 patents at a ceremony and reception in the lobby of the Bevill Center on campus on Wednesday, Sept. 23.

"This is the inaugural event recognizing innovators within the UAH community," says Kannan Grant, director of UAH's Office of Technology Commercialization.

"There are many innovators at UAH. But this event, in particular, is to recognize those whose innovation has resulted in a patent being awarded by the United States Patent and Trademark Office," he says. "That means their innovations are novel and have the potential to benefit society."

Before an audience of spouses, faculty, deans and center directors, each UAH inventor received a glass desk plaque with the front page of his or her patent and the UAH logo inscribed. The patents presented were issued between 1994 and 2015. Wall plaques for these patents are on display outside the UAH Office of Technology Commercialization in Von Braun Research Hall Room E39.

"As we grow and mature as a university we can expect more innovations from our faculty, staff and students," Grant says. "This is just a small token of how much we appreciate their hard work and perseverance."