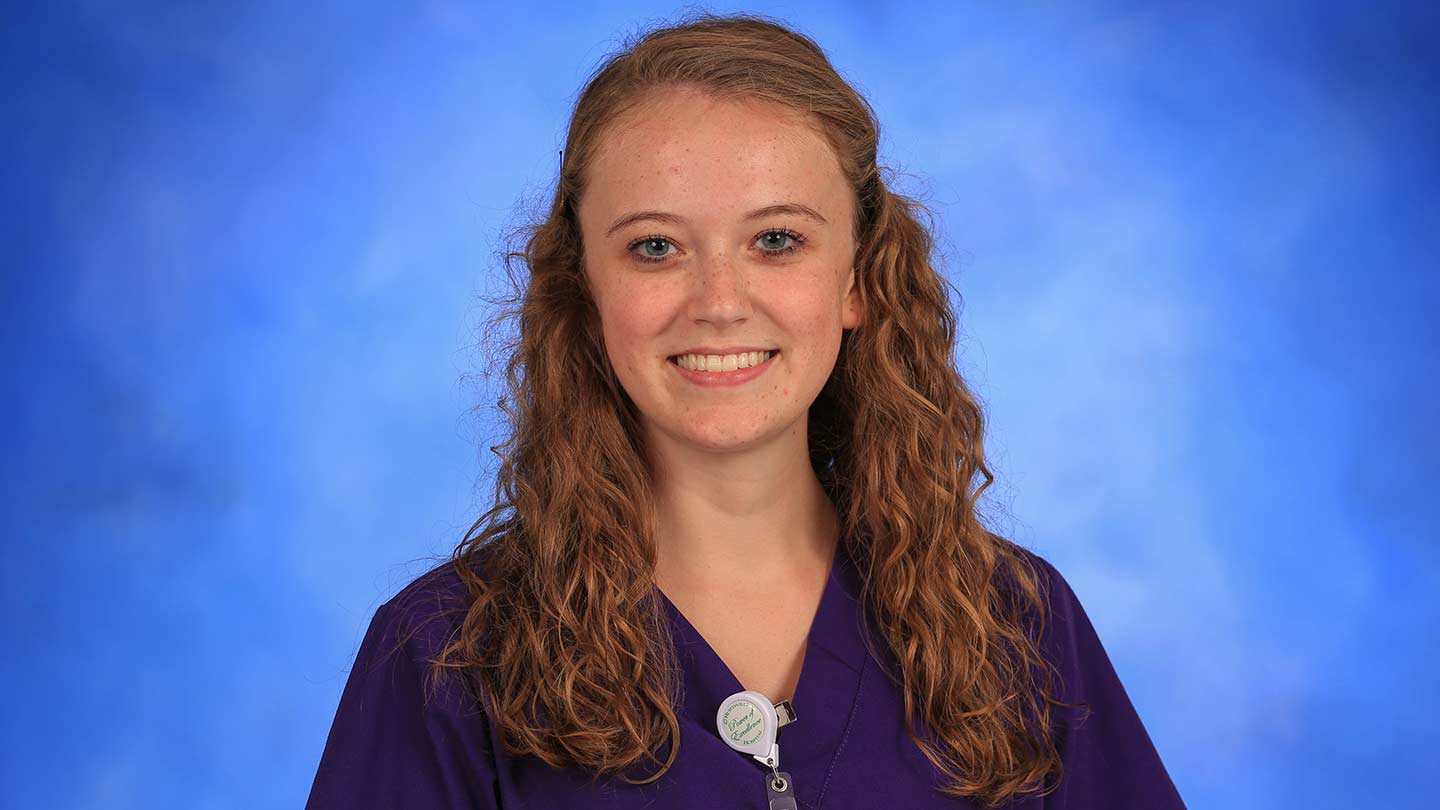 Carly Hasting didn't have too many expectations when she signed up to work the bi-annual phonathon at The University of Alabama in Huntsville (UAH). "I was thinking I'd call people and ask for money and that would be the end of it," she says. Instead, the senior nursing major came away with "so much more" – including a brand-new job as a technician at Huntsville Hospital.

Hasting had been tasked with calling alumni of the College of Nursing during the fall 2013 phonathon. The requirements were "pretty simple," she says, but she was still nervous. Some of the alumni she'd be calling had since gone on to join the college's faculty and were now her own professors. "Just the idea of calling a professor at home knowing I'd have to face them in class the next day was intimidating!" she says with a laugh.

She needn't have worried. In addition to being a fundraising initiative, explains Jennifer Brost, Director of Annual Giving & Research, the phonathon is also a chance to engage current students and alumni in meaningful dialogue. "Our students are not just calling to ask for money," she says. "They are also taking the opportunity to connect with alumni and share news and information from across the Charger Nation."

So that's exactly what Hasting did. She brought the alumni she called up to speed on the new nursing building addition and listened as they shared stories from their days at UAH. "It helped me realize that they were me in that exact classroom so many years ago," she says. "I could build a relationship with them and talk about how the college has progressed because I wasn't just asking for money."

Nevertheless, many still made donations over the course of the six-week phonathon, and one in particular went above and beyond. For almost two hours, she explained what Hasting could expect as a professional nurse, ultimately suggesting she apply for a tech job at the hospital where she worked. "She said, if you're really interested in this, then after you finish your fundamentals class, come and talk to me," she says.

Hasting didn't know what to think. Her primary concern was that she wouldn't have time for a position that required 12-hour shifts. "I thought, what if it doesn't work with my schedule? I felt like working a part-time job on campus would be more flexible," she says. But instead she decided to trust the alumna's judgment. "I hadn't had a conversation that lengthy during the phonathon up to that time, so she must have believed in me somehow!"

A few weeks later, Hasting completed her fundamentals course and got back in touch with the alumna. "Even though she didn't have any positions open in her unit, she talked me through how to apply for a tech job on the cardiology floor and said she would put in some good words," she says. That led to a phone interview, and then a face-to-face interview. "Three days later, they offered me the job!"

I could build a relationship with them and talk about how the college has progressed because I wasn't just asking for money.

Now she's is getting an invaluable hands-on education in a real-world setting. "You get to see everything, and even though you can't always do the things you will be able to as a nurse, you can still absorb and learn and ask questions," she says. "It also helps you learn that what you would think are the most important things probably aren't."

And contrary to her fears, it's been an easy fit with her busy schedule. "I didn't realize how flexible the hospital would be, but they understand it's a crucial experience for nursing students," says Hasting. "To get a tech job before I start working as a nurse has been the best advice I've ever been given."

One thing her new job won't leave time for, however, is working another phonathon. She has just a few more months before graduation day, and then a busy career ahead of her as a professional nurse. So what will she do once she's an alumna and starts receiving calls from current nursing students as part of the UAH phonathon?

"I will answer the phone and I will talk to those students, because I will remember how it feels!" Hasting laughs. "Even if I don't have money to donate, hopefully I'll have some kind of wisdom to offer them." And maybe one day, she adds, "I'll be in a position where I could possibly offer them a tech job!"

The next UAH phonathon kicks off this October and will run through December. All donations, no matter how small or large, are appreciated, and credit card donations are preferred. While donors can designate where their gift goes, undesignated funds go to the donor's college or the President's Excellence Fund, which provides support to the areas of greatest need.