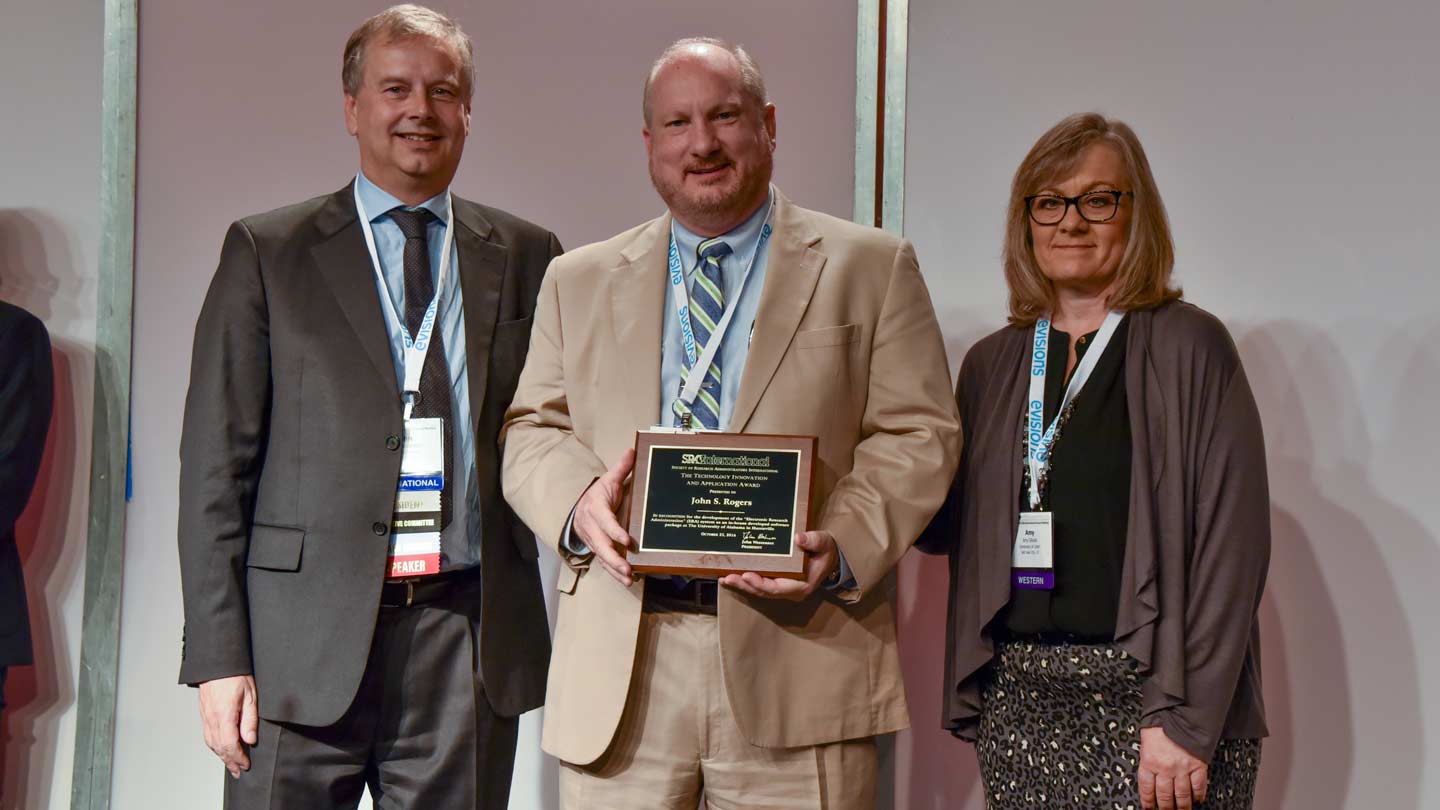 The award showcases and recognizes innovations and applications in using technology tools in promoting, processing or advancing research administration work.

"The award I received was for my contribution to the development of UAH's Electronic Research Administration (ERA) system," Rogers says. "The system we utilized at UAH is a continuously improved system that was originally designed in the late 1990s. It was one of the first web-based database systems of its kind and UAH was way ahead of the curve in its development. Now, there are many commercial packages that have a similar design, none of which existed when we initially designed ours."

UAH conducts a large amount of research but it is not the typical research institution, Rogers says, because rather than having a medical, veterinary or pharmaceutical school, UAH focuses primarily in the areas of science and engineering. The university works largely with the Dept. of Defense and NASA so it receives more contracts than grants, another important difference from the majority of other institutions of higher learning.

"The generalized commercial packages, while robust, have many features that do not apply to us and are missing features that are important to the administration of research conducted on our campus," Rogers says. "Many of these systems are also designed to handle either pre-award or post-award administration, not both."

At UAH, the Office of Sponsored Programs (OSP) handles both sides of these administrative functions and the Office of Contracts and Grants Accounting handles the billing/payment processing for research.

"Our customized system is specially designed to precisely fit our institution’s needs and handles all the areas OSP administers," he says. "It is relatively easily modifiable to address new requirements as they occur. While we have reviewed a number of commercially available packages, none of them adequately addresses the specific needs of UAH. I am proud that the system has been able to evolve and continues to provide the research administration support needed by our institution."

One person annually is named for the award. A selection committee evaluates candidate recommendations from around the world. After being nominated by Gloria Greene, OSP director, Rogers received the award at the annual international meeting of the SRAI in San Antonio in October.

"It was quite an honor when Gloria nominated me for the award," he says. "Actually, winning it was incredible. The candidate is nominated by individuals who have benefited from the nominee's contribution to research administration technology."