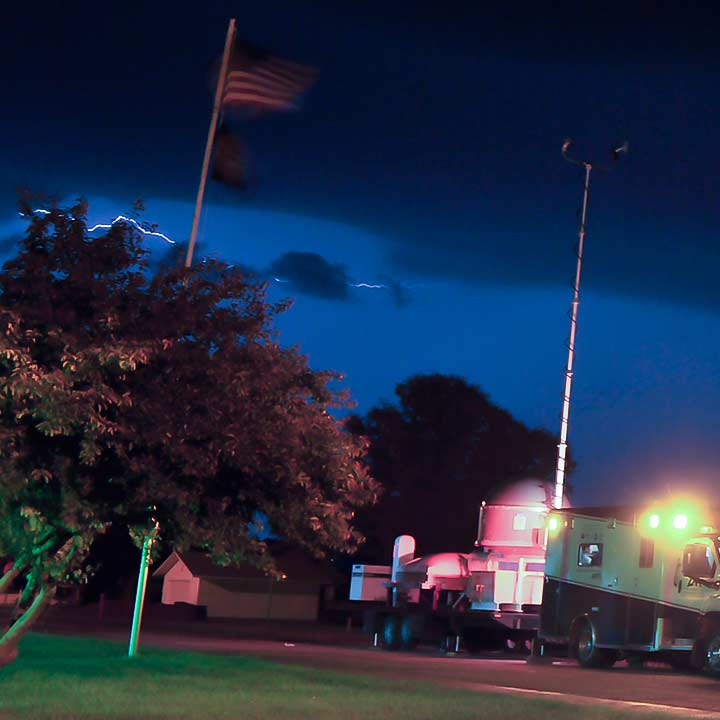 UAH's student weather research team is in the Plains states and is participating in the Plains Elevated Convection At Night, or PECAN, study of mesoscale convective system (MCS) systems, which are thunderstorms so large they sometimes begin to turn like a cyclone.

On Wednesday, June 17, near McCook, Neb., the UAH students were unhappy with the weather. It was much too nice, all blue skies, comfortable breezes and puffy clouds. They were happier Tuesday night, with one set of their instruments set up in the school parking lot of a small community north of town and the other scanning the sky from several miles away.

Waves of powerful thunderstorms roiled and crackled overhead, dumping from two to five inches of rain on Nebraska farms and prairies.

That's why the UAH team is here, to collect data and learn more about some little understood weather systems, including why storms such as the one Tuesday night - which started earlier in the day northwest of their location - often intensify after the sun goes down.

"Around sunset (which in southwestern Nebraska is after 9 o'clock this time of year) those storms started to take on severe characteristics," says Dr. Kevin Knupp, a professor of atmospheric science and the leader of UAH's team in this field study. "We caught the building blocks of the MCS, and we were right in the middle of that."

But that storm was gone by 1:30 a.m., so it was time to pack the instruments and drive back to McCook for a few hours of sleep. Wednesday was spent hanging out and waiting for weather that never got interesting.

Thursday night's weather research mission near Hays, Kan., was unofficial, but it was officially unofficial. And it didn't go very far. In fact, the UAH contingent didn't leave the parking lot.

With the official PECAN research program taking a day off while waiting for the weather to cooperate, a team of UAH scientists and students fired up a suite of mobile instruments to scan the sky above Fort Hays State University through the night just in case something interesting happens. Again.

Twice during the first two weeks of this six-week campaign the weather has mocked the dozens of meteorologists, forecasters and scientists gathered in Hays. For the UAH team, twice is enough.

The deal breaker was Saturday night, June 13, when a thunderstorm popped up directly over Hays and spread over parts of two counties after the assembled research teams declared an off day and wandered off to dinner and other activities. That's a problem because storms that pop up at night are one of the things PECAN was assembled to study. Ouch.

We really have the biggest collection of remote sensing instruments, specifically profiling systems that has been brought together to date. With aircraft and lots of radars and lots of balloons going into the air, you begin to gather enough data to understand what's going on.

Those after-dark storms are little understood, so the tools for forecasting where they might pop up aren't exactly reliable. In fact, many of the science teams here didn't know there had been a storm.

"It surprised everyone," says Dr. Knupp. Fortunately, one team left an instrument running through the night, so "we may have enough data to get some clues, but we certainly didn't have the network deployed."

Starting Sunday, June 14, Dr. Knupp led an effort to create unofficial, ad hoc research missions on the nights they aren't "on duty" with PECAN. Dubbed unofficial field operations (UFOs), they soon had an official set of definitions and guidelines so UFOs wouldn't be confused with the official kind.

Dr. Knupp found support for these off night operations from several of the research teams assembled for PECAN. While UAH's Mobile Integrated Profiling Systems spent Thursday night looking up from the lot where they were parked waiting for an official field operation, two Doppler On Wheels units from the National Science Foundation's severe weather research center moved off campus to better scan the sky.

The key to PECAN 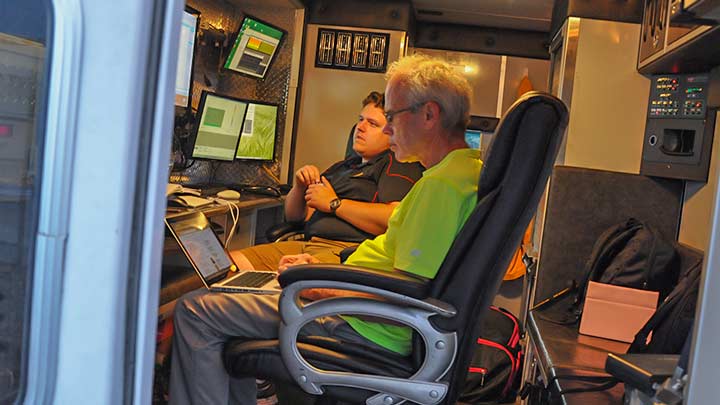 While there are four official weather phenomena being studied this summer, nighttime MCS development is one and two of the others are related.

"The MCS is kind of the key to PECAN," Dr. Knupp says.

One of the reasons so little is known about these storms is that they generally happen after a cool, still layer of nighttime air forms near the ground. That boundary layer isolates the interesting things that are happening in the atmosphere from weather instruments on the surface, "so weather stations are largely useless," says Knupp. "The atmosphere is decoupled from the surface by this cool and stable boundary layer."

That's where PECAN fills in. Using several mobile radars and other instruments that can probe up into the boundary layer and the atmosphere above it, most nights during the campaign PECAN spreads scientists across western Kansas, and parts of Colorado, Nebraska and Oklahoma. UAH is providing five vehicles, including two mobile Doppler radars - one that makes traditional weather sweeps and another that is fixed looking upward, to give detailed information about what is happening at multiple altitudes above the instrument.

With instruments and scientists from eight national laboratories and 14 universities, the PECAN network is large enough and sophisticated enough to collect useful data from any weather events that occur over the study area.

The various participants are also expected to launch more than 1,200 weather balloons during the six-week campaign.

"We really have the biggest collection of remote sensing instruments, specifically profiling systems that has been brought together to date," Dr. Knupp says. "With aircraft and lots of radars and lots of balloons going into the air, you begin to gather enough data to understand what's going on."

In addition to trying to learn more about what and how nighttime storms start, PECAN will also look for data on how large storm systems build and spread, the effects of gravity waves and bores on nighttime weather conditions, and at the effects fast-moving, low-level winds above the boundary layer have on weather conditions on the Great Plains. 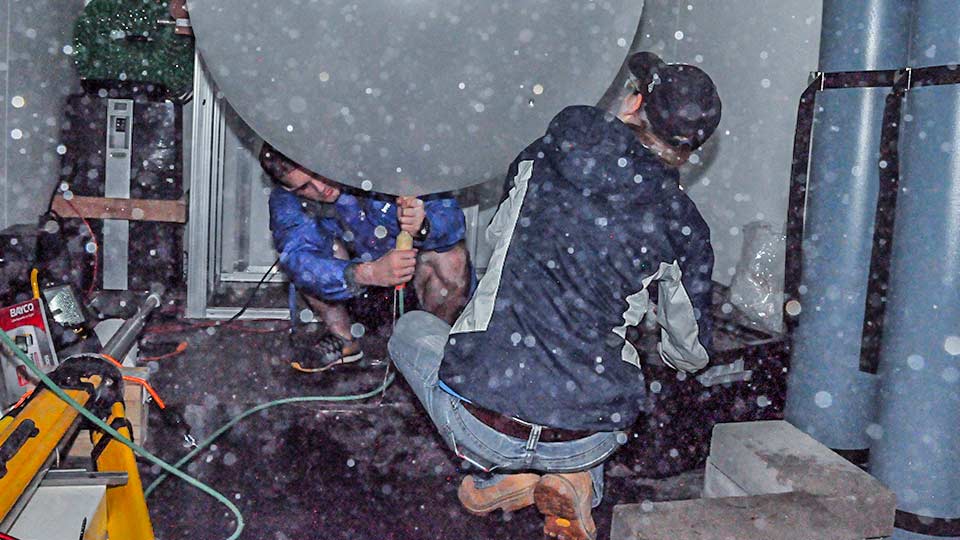 UAH students launch a weather balloon into the heart of a powerful thunderstorm over Maywood, Neb.

UAH's PECAN preparations and participation - including data analysis after the field campaign - are supported by a three-year, $730,000 grant from the National Science Foundation (NSF).

PECAN is a $13.5 million project largely funded by the NSF, with additional support from NASA, NOAA and the U.S. Department of Energy.