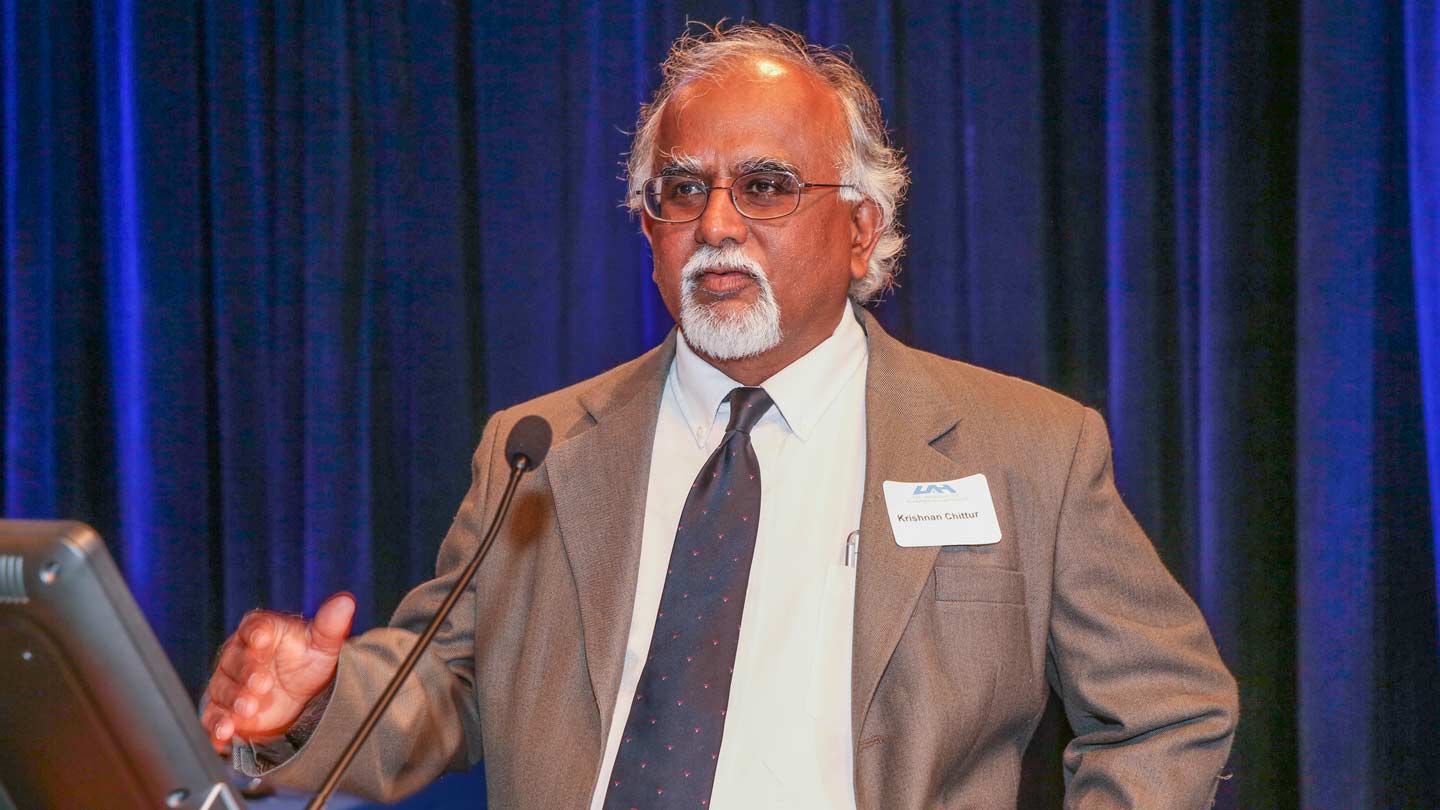 GeneCapture was co-founded by Dr. Krishnan Chittur, interim chair of the Department of Chemical & Materials Engineering.

A company started by a University of Alabama in Huntsville (UAH) professor has won $100,000 in Alabama Launchpad's inaugural LEAP Alumni Startup Competition.

GeneCapture was co-founded with two others by Dr. Krishnan Chittur, interim chair of the Department of Chemical & Materials Engineering, and is located in the HudsonAlpha Institute for Biotechnology. The company's team of chemical engineers, molecular biologists, physicists and entrepreneurs is developing a portable instrument to screen for dozens of pathogens within an hour, for less than $20.

"Our mission is to re-invent infection detection," says Dr. Chittur, who serves as GeneCapture president and chief technology officer. "Physicians and other medical personnel should be able to figure out the source of the infection quickly, instead of waiting for two to three days for test results. Our approach is based on a novel method to detect nucleic acid signatures."

The rapid diagnostic device under development detects and identifies the source of an infection in less than one hour using proprietary DNA-based technology that has the potential to revolutionize infection control by providing a point of care, inexpensive, rapid diagnosis for pathogens in humans, agriculture and animals.

GeneCapture Chief Executive Officer Peggy Sammon made the company's presentation during the competition.

"We had tough competition in this event, so we're thrilled to have won the prize and the recognition for GeneCapture, UAH and HudsonAlpha," Sammon says. "Launchpad has been an important element of our history."

Next up for GeneCapture is a busy summer tackling its business goals and launching projects using its technology, says Dr. Chittur.

"We have some specific goals to achieve this summer and this year," he says. "We have a prototype now, and we have several projects planned, including one with the UAH College of Nursing."