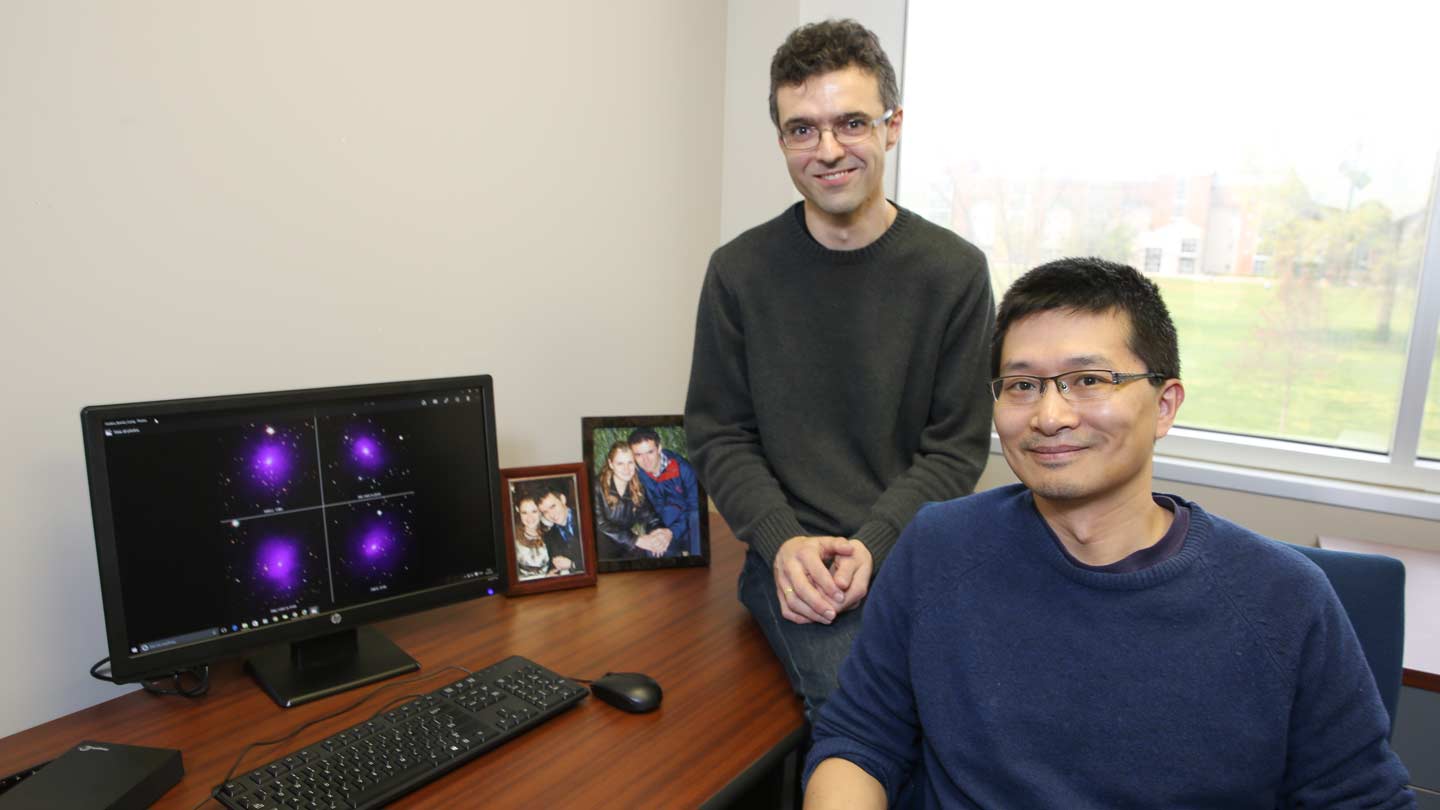 Scientists at University of Alabama in Huntsville (UAH) have used observations of galaxy clusters to empirically measure the rate at which the universe expands and have concluded that a mysterious force called dark energy acts in a uniform way to speed up the expansion of space.

"On a big scale, we know what has driven the expansion of the universe, and it is dark energy," says astrophysicist Dr. Andrea Morandi, a post-doctoral research assistant who worked with assistant physics professor Dr. Ming Sun to study the behavior of 320 galaxy clusters using observations from the Chandra X-ray Observatory.

The technique takes advantage of the observation that the outer reaches of galaxy clusters, the largest structures in the universe held together by gravity, show similarity in their X-ray emission profiles and sizes. More massive clusters are simply scaled up versions of less massive ones.

Now we can measure precisely the expansion of the universe that is driven by dark energy. So, we can cast a light on the origin of this dark energy.

"Now we can measure precisely the expansion of the universe that is driven by dark energy," Dr. Morandi says. "So, we can cast a light on the origin of this dark energy."

The research confirms theories about the nature of the universe first postulated by Albert Einstein and provides a new approach to studying dark energy, about which virtually nothing is known except that it has been theorized. The researchers studied galaxy clusters with distances from Earth that ranged from about 760 million light years to about 8.7 billion light years. This spans the era where dark energy caused the once-decelerating expansion of the universe to accelerate, a discovery that shocked many astronomers when it was made almost two decades ago.

Science long theorized that an energy source other than gravity must be present because our universe is expanding at an ever-faster rate. If gravity were the only force at work, space would gradually slow the expansion that began with a theorized Big Bang at the universe's origin. They called it dark energy because nothing was known about its nature.

Dark energy is a very weak force over small distances, but across the light-years of distance in space it can act as a powerful repellent to cosmological bodies, driving faster expansion. And there's a lot of it. Dark energy is about 68 percent of the universe, while dark matter makes up about 27 percent and normal matter - including everything on Earth - is about 5 percent.

"No-one knows what dark energy actually is, only its properties and what it does on large scales of the universe. Dark energy can be thought as the lowest energy, or vacuum state, of the universe" says Dr. Sun.

There are many theories among various scientific fields about dark energy and how it acts in space.

"How can we differentiate between all these theories?" asks Dr. Morandi. "There is hope to measure dark energy properties, and that is what we have done. We can study the ramifications of dark energy on a large scale by studying how it drifts away galaxy clusters."

The UAH scientists utilized the galaxy clusters' redshift - the lengthening of light waves as an object moves away from us - to determine the rate of the universe's expansion. 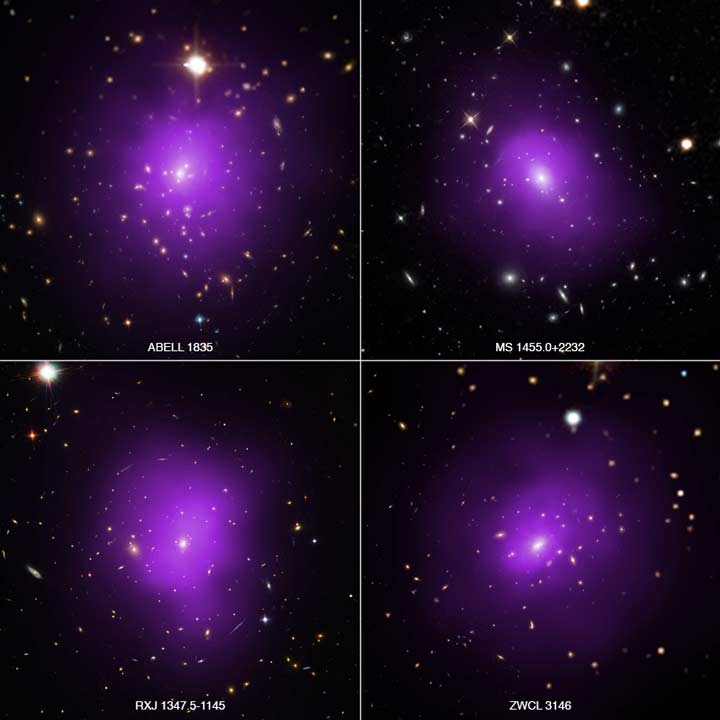 These four galaxy clusters were part of a large survey of over 300 clusters used to investigate dark energy. In these composite images, X-rays from NASA’s Chandra X-ray Observatory (purple) have been combined with optical light from the Hubble Space Telescope and Sloan Digital Sky Survey (red, green and blue).

"The galaxy clusters are acting like cosmic buoys for us," says Dr. Morandi, who says the outer reaches of galaxy clusters have similar shapes because of the law of self-similarity. In mathematics, a self-similar object is exactly or approximately similar to a part of itself. It's the same reason humans all look basically similar because of our genetic makeup.

The pair compared the Chandra-observed size and brightness of each galaxy cluster against a self-similar model of the cluster. If a cluster travels away faster, it would be fainter and larger than the model; if slower, it would be brighter and smaller.

Still to be explored are particle physics questions about what dark energy is and its true nature.

"Can we create it? Can we reproduce it in the laboratory?" Dr. Morandi asks. Scientists have so far been thwarted in such efforts, making the question all the more tantalizing.

"I am a practical scientist," Dr. Morandi says. "Just tell me what the particle is that makes this mysterious force. We know some of its properties, but we don't yet know the nature of dark energy."