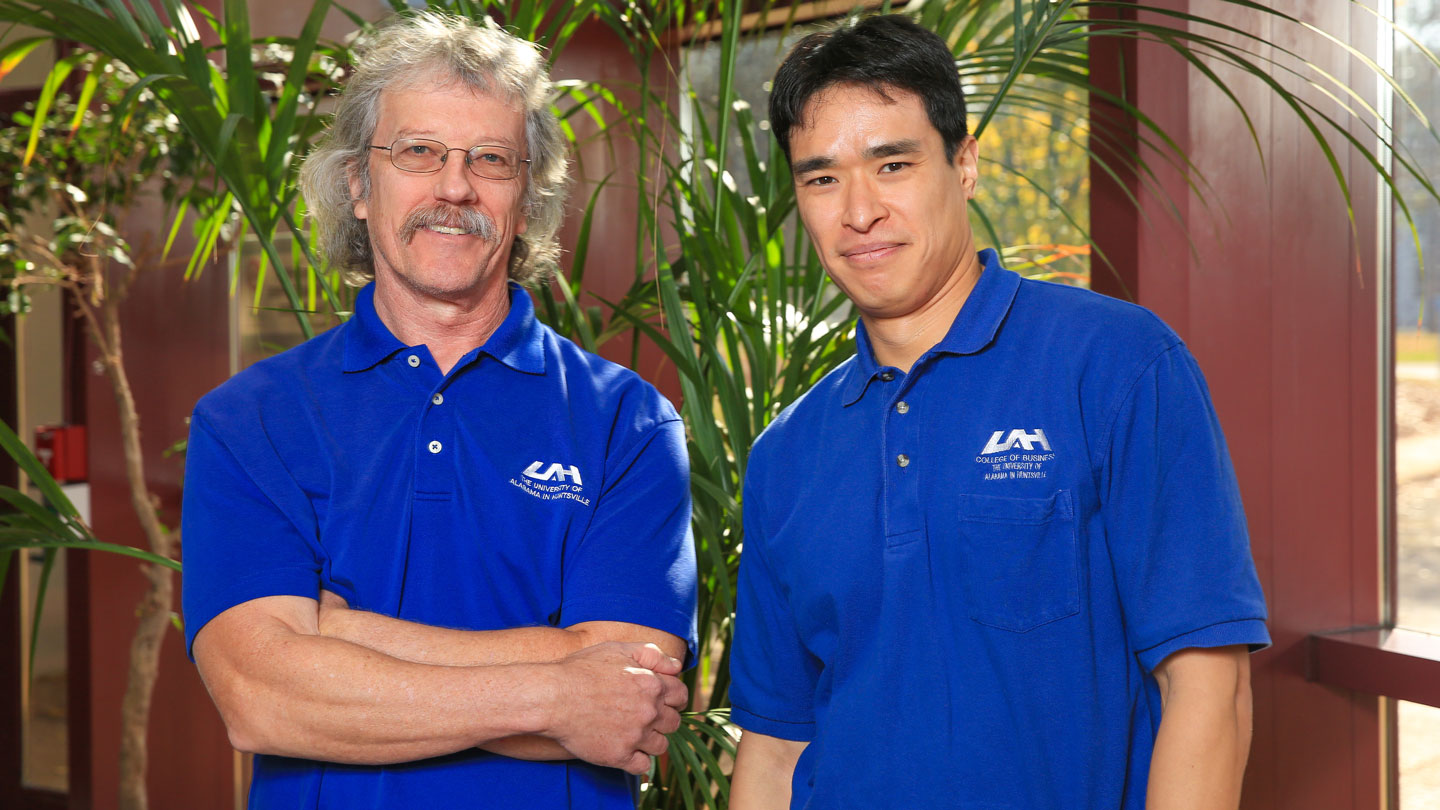 A paper co-authored by Dr. Allen “Al” Wilhite and Dr. Eric Fong, entitled “Authorship and Citation Manipulation in Academic Research,” has been published by PLOS ONE.

"Authorship and Citation Manipulation in Academic Research," co-authored by Dr. Allen “Al” Wilhite and Dr. Eric Fong, has been published by PLOS ONE, a peer-reviewed open-access scientific journal published by the Public Library of Science. Both men are professors in the College of Business at The University of Alabama in Huntsville (UAH), where Dr. Wilhite teaches economics and Dr. Fong teaches management.

"This is a significant extension of a previous study about editors who insist that authors add citations to articles in the editor’s journal – even though they weren’t used in the research – as a condition of publication," says Dr. Wilhite, referring to the pair’s 2012 paper "Coercive Citation in Academic Publishing," which appeared in Science (DOI: 10.1126/science.1212540).

This one expands the previous work in two dimensions. "First, rather than focus on just business and related social science disciplines, we looked at 18 different fields that also include science, engineering, and medicine," says Dr. Fong. "Second, along with coercive citation, we looked at the addition of false investigators to grant proposals as well as honorary authorship and padded citations."

To carry out the study, the pair applied for and received a $212,000 grant from the Office of Research Integrity, which oversees and directs public health service research integrity activities for the U.S. Department of Health and Human Services. They then collected data via a series of surveys sent to more than 110,000 scholars across the academic universe.

"We wanted to know how prevalent these types of manipulation are, why scholars stoop to such practices, and who among us is most susceptible to such ethical lapses," says Dr. Wilhite. "So we built a framework around how intense competition for limited journal space and research funding can encourage manipulation, and then used that framework to develop hypotheses about who manipulates and why they do so."

As with their 2012 paper, what they found was a pattern of widespread misattribution in publications and in research proposals with significant variation by academic rank, discipline, sex, publication history, co-authors, and other factors. "Even though the majority of scholars disapprove of such tactics, many feel pressured to make such additions while others suggest that it is just the way the game is played," says Dr. Wilhite.

Nevertheless, he is quick to add that all hope is not lost. "While it’s unlikely that this unethical behavior can be totally eliminated, most of our respondents say they want to play it straight," he says. "By reducing the incentives of misbehavior, raising the costs of inappropriate attribution, and making some changes to the way we measure scientific contributions, we can expect a substantial portion of the community to go along."