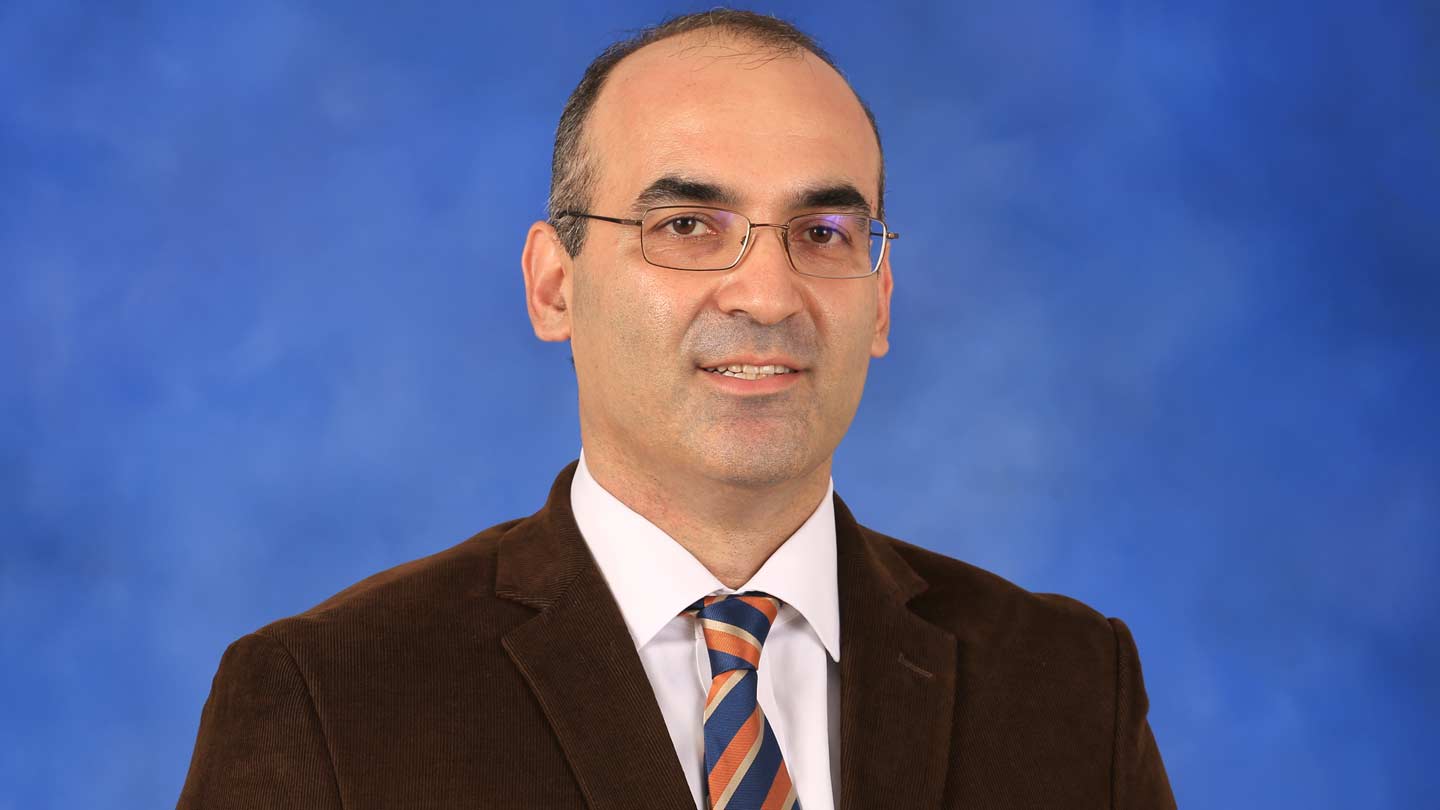 UAH's Dr. Babak Shotorban is the recipient of a NIST grant to investigate the spread of wildland fires caused by flying embers.

Dr. Babak Shotorban, an Associate Professor at The University of Alabama in Huntsville (UAH) College of Engineering recently received a significant grant to investigate the spread of wildland-urban interface (WUI) fires caused by firebrands (embers).

The U.S. Department of Commerce's National Institute of Standards and Technology (NIST) recently awarded a $563,276 grant to Shotorban, a member of the faculty in the Department of Mechanical and Aerospace Engineering. NIST funded 12 disaster resilience research projects for just over $6 million. The grants support NIST’s efforts to strengthen the ability of communities to prepare for anticipated hazards, adapt to changing conditions, and withstand and recover rapidly from disruptions. The projects are funded for up to three years.

Shotorban submitted a proposal to NIST's Disaster Resilience Research Grants Program last September. "The program solicited proposals to conduct research aimed at advancing the principles of resilience in building design and building codes and standards. It turned out to be quite competitive, as only 12 out of 172 proposals were awarded after a long rigorous review process," he added.

"Our proposal was aligned with the Wildland-Urban Interface (WUI) Fire Group, which is focused on reducing the risk of fire spread, where wildland meets developed areas," Shotorban explained. "Many wildfires take place every year all around the world in WUI, resulting in great losses. For example, in the United States, wildfires accounted for $13.7 billion in total economic losses and $7.9 billion in insured losses from 2002 through 2011 (Matt Haldane, The Insurance Journal 2013).

"UAH's objective in the NIST DR project is to advance knowledge of what determines the ignition of a spot where flying firebrands land on," explained Shotorban. "Spotting is a common mechanism for the spread of fires…it is the creation of secondary fires (spot fires) by flying firebrands that land at a distance from the primary fire."

Shotorban's award was based on the broader research interest of his UAH group, which includes Dr. Shankar Mahalingam, Dean of the College of Engineering, in physics-based modeling of wildland and WUI fires.

"Our efforts were driven by several of our current and former mechanical engineering PhD students whose research was funded by the U.S. Department of Agriculture, Forest Service and the National Science Foundation. We have made advancements in several areas including flame merging between multiple leaves and multiple shrubs, modeling of moisture release from live fuels, and transport of firebrands in a turbulent atmosphere. Dr. Shotorban’s contributions in advancing the state of knowledge of the discipline in these areas have been exceptional," said Dr. Mahalingam, UAH Dean of the College of Engineering, and Co-Principal Investigator on the project.

Projects funded under the NIST Disaster Resilience Research Grants Program must support research that will:

Shotorban was a postdoctoral research associate at the Center for Simulation of Advanced Rockets in The University of Illinois at Urbana-Champaign and a software development engineer at ESI-Group. His current funded projects include "Fundamental Measurements and Modeling of Prescribed Fire Behavior in the Naturally Heterogeneous Fuel Beds of Southern Pine Forests," funded by the U.S. Department of Defense.

Shotorban is an Associate Fellow of the American Institute of Aeronautics and Astronautics and recipient of the Outstanding Junior Faculty Award UAH College of Engineering in 2013.