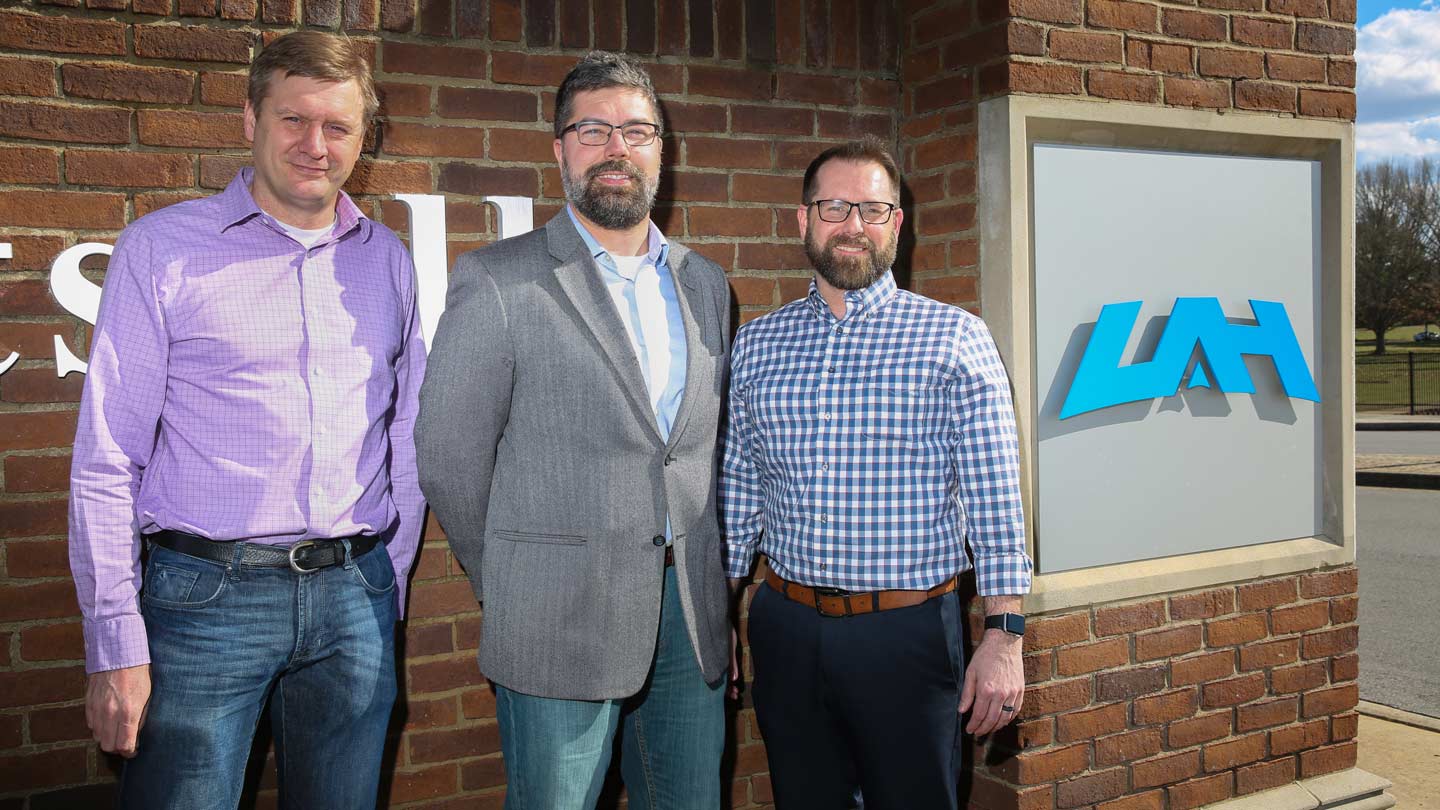 The University of Alabama in Huntsville (UAH) is the only case this year in which one National Science Foundation division funded two site Research Experiences for Undergraduates (REUs) at the same university.

A pair of UAH professors received NSF funding for Site REUs in heliophysics and Earth systems science. The grants also are the only case where two Site REUs at a single university have been funded under the Geosciences Directorate at the same time, according to the NSF.

Dr. Griffin says both professors worked independently to obtain their grants, but that Dr. Heerikhuisen helped mentor him during the process.

"He’s been a great help and resource, and we were really lucky to have him as a colleague," Dr. Griffin says. "And we do plan to collaborate on professional development workshops and other activities – a key part of an REU experience. Also, our students will reside in the same floor of the dorms this summer so they’ll form a larger cohort."

Dr. Heerikhuisen has had continuous REU grant funding since 2012 that totals nearly $1 million. Two students from Dr. Heerikhuisen’s first REU in 2012 joined UAH for graduate school and are close to completing their doctorates. Both were hired as NASA civil servants at NASA’s Marshall Space Flight Center (MSFC) last year.

"When Ryan Wade – the co-investigator on the Earth Systems Science REU – and I decided to pursue one ourselves, we already knew that Jacob had a lot of success with his for years now," Dr. Griffin says.

"We were encouraged to apply for one of these Site REUs by Dr. Bernhard Vogler in Chemistry and David Cook in Academic Affairs, who have always been incredibly supportive of our students through the Research or Creative Experience for Undergraduates (RCEU) Program at UAH."

The $407,000 Earth System Science REU will bring 10 undergraduate students to UAH each summer and partner with NASA and the National Weather Service (NWS) to focus on the cutting-edge field of remote sensing of land and atmosphere.

"Our REU is focused on students in the Southeast region and Ohio River Valley, areas which have been historically underserved in the Geosciences," says Dr. Griffin. "We’ve taken a hands-on, road trip approach to recruiting across the region and making our program known to all undergraduate audiences, including at four-year universities, historically black colleges and universities and community colleges. It’s our intent to get a cohort of students reflective of the region as a whole."

UAH’s success in getting its undergraduates involved early in research and professional development activities through coursework, internships and personalized mentorship drives the Earth Systems Science approach to the REU, he says.

"We’ve seen great benefits like increased retention, decreased time to graduation, and a slew of job and graduate school offers for our graduates. So we hope to take our approach to learning to the broader region and serve as a resource for the Southeast."

The Department of Space Science REU partners with MSFC to bring 10 students to campus engage in cutting-edge heliophysics research with astrophysicists from UAH or NASA.

"My main selection criterion is to give an opportunity to student who will benefit the most from the program, says Dr. Heerikhuisen. "This means students must be capable and enthusiastic, but they usually have only had limited research experience and are from universities that do not have an extensive research program that they can tap into. We select students with a variety of experience and backgrounds, and they tend to learn a lot from each other."

Both programs run for 10 weeks, and students are housed on campus during the duration.