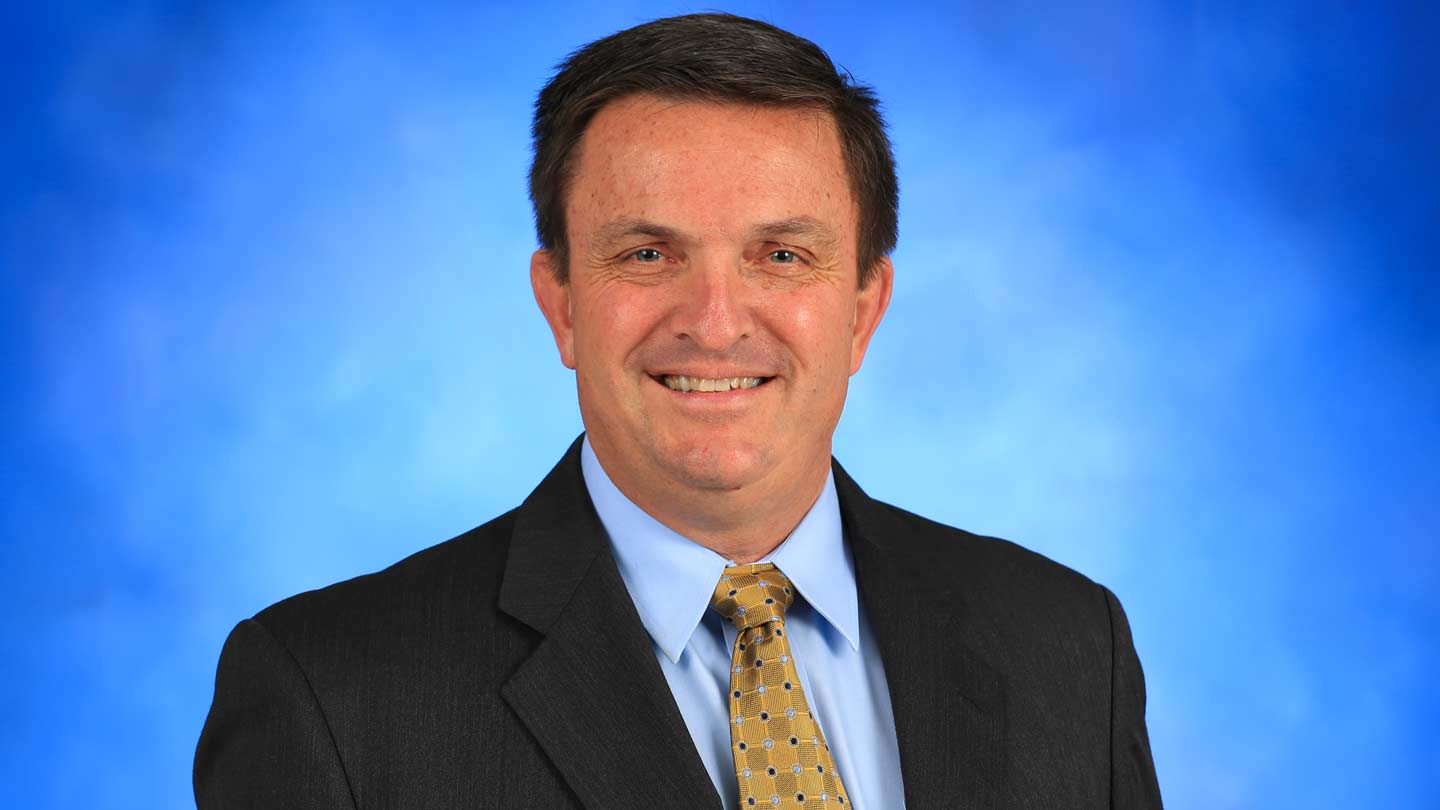 David Arterburn is the director of UAH’s Rotorcraft Systems Engineering and Simulation Center, which will lead the UAH research efforts from the Center of Excellence.

The University of Alabama in Huntsville (UAH) is part of a team selected to conduct research as part of the new FAA Unmanned Aerial System (UAS) Center of Excellence.

The FAA announced today that the Alliance for System Safety of UAS through Research Excellence (ASSURE), of which UAH is a core member, will operate the new FAA Unmanned Aerial System (UAS) Center of Excellence.

Congress has charged the FAA with developing rules regulating commercial unmanned aerial vehicles (UAVs), and the new ASSURE center will play a key role in that process. The center of excellence will provide the agency and industry with research to maximize the potential of commercial unmanned systems with minimal changes to the current system regulating manned aircraft.

The announcement was made by U.S. Secretary of Transportation Anthony Foxx and Michael P. Huerta, administrator of the FAA.

UAH’s work with cybersecurity, Earth systems science and aerospace position the faculty and research staff to work a wide range of UAS technology areas that will support the FAA as they continue to address the challenge of integrating all types of unmanned systems into the national airspace.

"The University of Alabama in Huntsville has been conducting UAS operations to collect data to support science and remote sensing in a variety of areas for years," said David Arterburn, director of the Rotorcraft Systems Engineering and Simulation Center (RSESC) at UAH. "UAH's work with cybersecurity, Earth systems science and aerospace position the faculty and research staff to work a wide range of UAS technology areas that will support the FAA as they continue to address the challenge of integrating all types of unmanned systems into the national airspace. As a core member of the ASSURE team, we look forward to working with industry and the FAA to integrate new technologies and advance the use of UAS for the benefit of society."

UAH looks to expand the number of Certificates of Authorization (COAs) to conduct more extensive research in a variety of areas to include see and avoid, quiet vertical lift UAS, new sensors and applications, communications and airworthiness of UAS.

The RSESC will lead the UAH research efforts from the Center of Excellence and will work with other core and affiliate universities of the ASSURE team throughout the U.S. and globally. The research will include a variety of academic departments and research centers across UAH as well as industry and government partners in the Huntsville area and across the nation.

RSESC has a unique skill set for a university research center in that its expertise applies to the engineering design, analysis, fabrication, integration and flight testing of a wide variety of vehicles, including aircraft, rotorcraft, satellites, spacecraft and unmanned systems. RSESC has a multi-disciplined engineering staff, currently employing over 47 engineering students to support research and test efforts.

"This has been a six-year effort for Mississippi State and three years for our partner universities. We picked our team because they know unmanned systems and they know the FAA. That will make it easier to turn UAS research into FAA rules quickly," said USAF Maj. Gen. (Ret.) James Poss, the executive director of the ASSURE FAA UAS COE team at Mississippi State.

"We are well positioned to expand our significant role in unmanned aerial systems research and development, as well as manufacturing, here in Alabama and around the country with our ASSURE partners," said Dr. Ray Vaughn, UAH vice president for research and economic development.

"Education and research into unmanned aerial systems is quickly emerging as a critical discipline for this university and the U.S. Army agencies at Redstone Arsenal," said UAH President Robert Altenkirch. "Our efforts in this field is just one of the many ways our faculty and students are able to support our partners in the greater Huntsville area. While the military benefits are obvious, we are also seeing an increasing interest among the nation's law enforcement forces and first responders as well."

In 2013, UAH and the Army's Unmanned Aircraft Systems Project Management Office (PM UAS) signed a memorandum of understanding to explore opportunities for collaboration to promote the development of the next generation of unmanned aircraft systems.

According to the Association for Unmanned Vehicle Systems International (AUVSI), the domestic UAS market is projected to create more than 100,000 jobs and $82 billion in economic impact in the first decade after FAA integration is complete.

ASSURE is comprised of 20 top UAS universities from three countries and more than 100 government and industry partners. Learn more about ASSURE at www.assureuas.org.

UAH is located adjacent to the Redstone Arsenal, an economic engine of over $100 billion per year. UAH faculty, staff, and students are able to conduct research side-by-side with world-class experts from NASA's Marshall Space Flight Center, the U.S. Army, the Missile Defense Agency, the Defense Intelligence Agency, and other important Dept. of Defense partners.

UAH regularly ranks among the Top 20 universities in research funded by NASA and by the Dept. of Defense, but UAH also performs cutting-edge research for the National Science Foundation (NSF), the National Oceanic and Atmospheric Administration (NOAA), the Department of Energy (DOE), and the National Institutes of Health (NIH).

As the anchor tenant of Cummings Research Park, the second largest university related research and technology park in the United States, UAH collaborates with over 285 high-technology companies serving the U.S. aerospace and defense sectors, as well as scientists and entrepreneurs at the Hudson Alpha Institute for Biotechnology.

Classified by the Carnegie Foundation for the Advancement of Teaching as a Very High Research university - the highest ranking achievable - UAH augments scholarly research in its colleges with its interdisciplinary research centers, ranging from Modeling & Simulation to Information Assurance to Aerospace and Systems Engineering.

UAH's colleges and research centers partner in many areas, working together to educate and inspire tomorrow's leaders, discover new knowledge and innovate solutions to address many of society's toughest challenges.