UAH has role in neutron spectrometer being tested for manned spaceflight 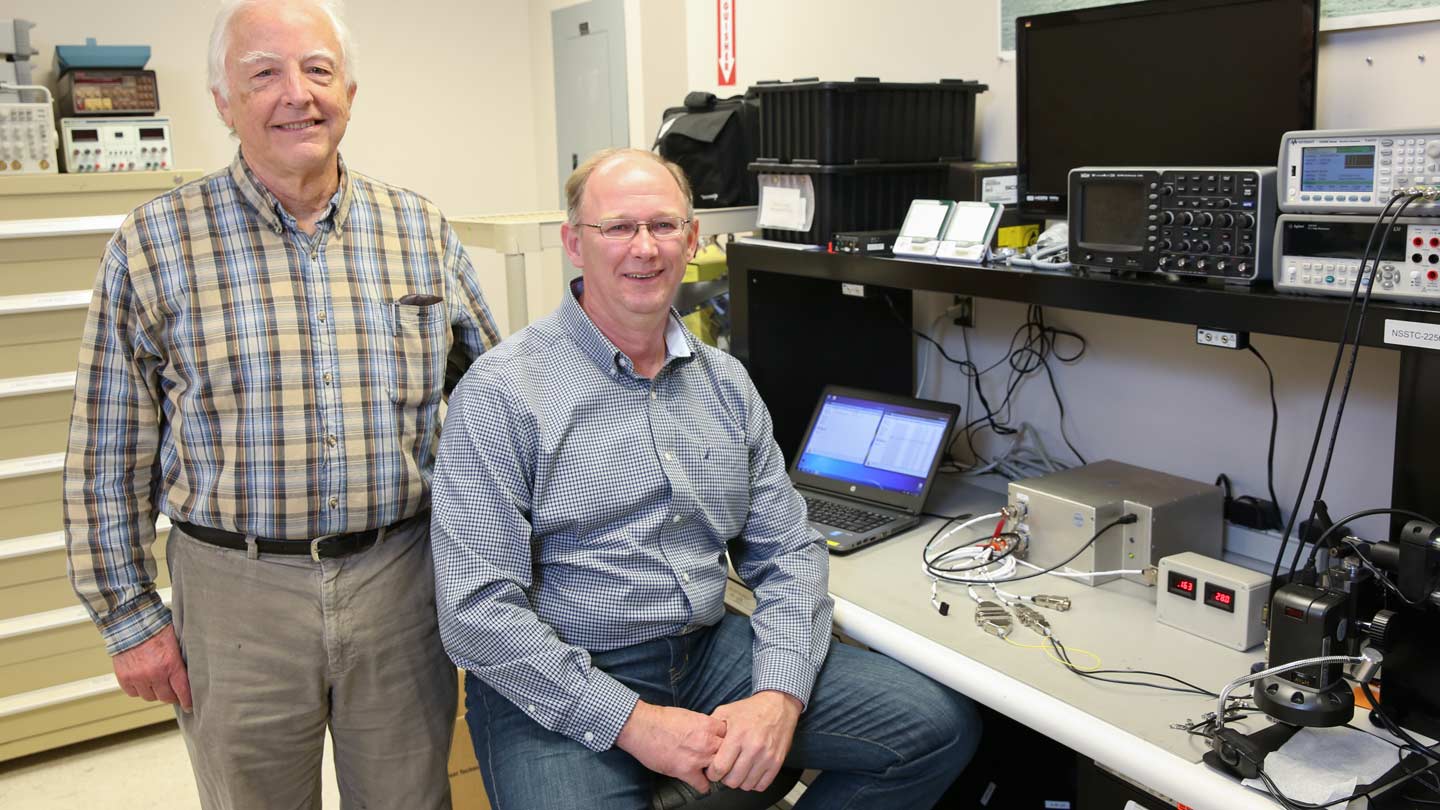 John Watts, left, and Evgeny Kuznetsov with a test model Fast Neutron Spectrometer (FNS) in a lab at the National Space Science and Technology Center. The test model is an exact duplicate of the FNS now in orbit.

The detector and electronics in a new neutron spectrometer that’s being tested in space to monitor radiation for future manned NASA space missions were built and tested at the National Space Science and Technology Center (NSSTC) at The University of Alabama in Huntsville (UAH).

The Fast Neutron Spectrometer (FNS) is now aboard the International Space Station.

Neutrons contribute to crew radiation exposure and must be measured to assess exposure levels. The FNS, developed by NASA’s Marshall Space Flight Center (MSFC) and Johnson Space Center (JSC), uses a new instrument design that can significantly improve the reliability of identifying neutrons in the mixed radiation field found in deep space. The MSFC principle investigator and team lead is Mark Christl. The NASA JSC project manager is Catherine Mcleod and the technical lead is Eddie Semones at NASA JSC.

"Our technique improves upon the well-establish ‘capture-gated’ method that uses boron-10 loaded plastic scintillators to measure the energy of fast neutrons," says Evgeny Kuznetsov, a research engineer at UAH’s Center for Space Plasma and Aeronomic Research (CSPAR), who with CSPAR research scientist John Watts worked on the device. "The central element of FNS is a custom composite scintillator combined with specialized electronics that work together to separate clearly the signals due to neutrons from the signals due to other forms of radiation." 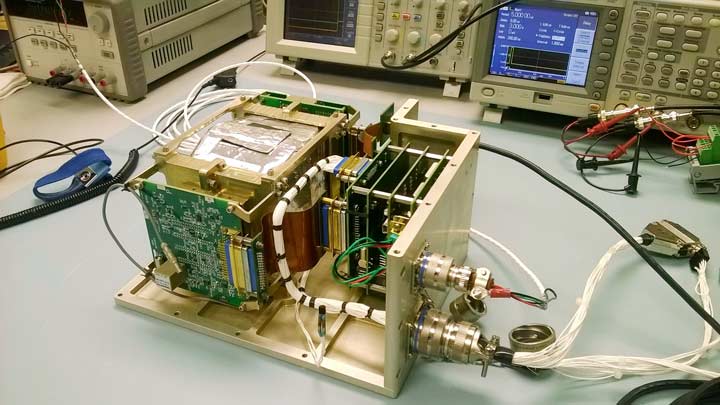 The Fast Neutron Spectrometer with a cover removed to show the circuitry inside.

The FNS is deployed on the ISS for six months to conduct a technology demonstration to evaluate its performance in a space environment. It will then remain indefinitely to fulfill secondary objectives.

"The FNS central detector was manufactured in the lab at NSSTC and comprises a structure of 5,000 regularly spaced neutron sensitive Li6-doped scintillating glass fibers cast in a one-liter plastic scintillator," says Kuznetsov.

In combination with specially adjusted parameters of readout electronics, the design allows the detector to measure the neutron spectrum in a mixed radiation environment.

"The scintillation light produced in these two scintillators is distinct, and we exploit this difference to better understand the signals generated in response to neutrons," says Watts. "The plastic scintillator responds to the neutron losing all of its energy, and the glass fibers provide positive identification that a neutron was captured. This sequence of signals produces a trigger in the electronics, and the data is recorded for analysis."

At UAH, Watts did simulations of the detector performance and simulations of gamma rejection efficiency. Kuznetsov designed front-end electronics boards, which acquire signals from photomultiplier tubes attached at the opposite sides of the central detector. These electronics boards amplify and condition acquired signals to achieve optimal neutron detection efficiency and measurement of the energy of the registered neutrons. Kuznetsov also participated in the manufacturing of the central detector.

Data acquired during FNS’ flight on the ISS will be used to evaluate the performance of the neutron measurement technique as well as the capability of FNS to operate in the space environment.

"This validation is critical to insure FNS can meet the radiation monitoring requirements for the deep space environment during manned exploration missions," says Kuznetsov. "The data collected by FNS will be analyzed and compared to measurements made by other techniques and with calculations of the neutron flux predicted by models of the ISS in the low Earth orbit environment."