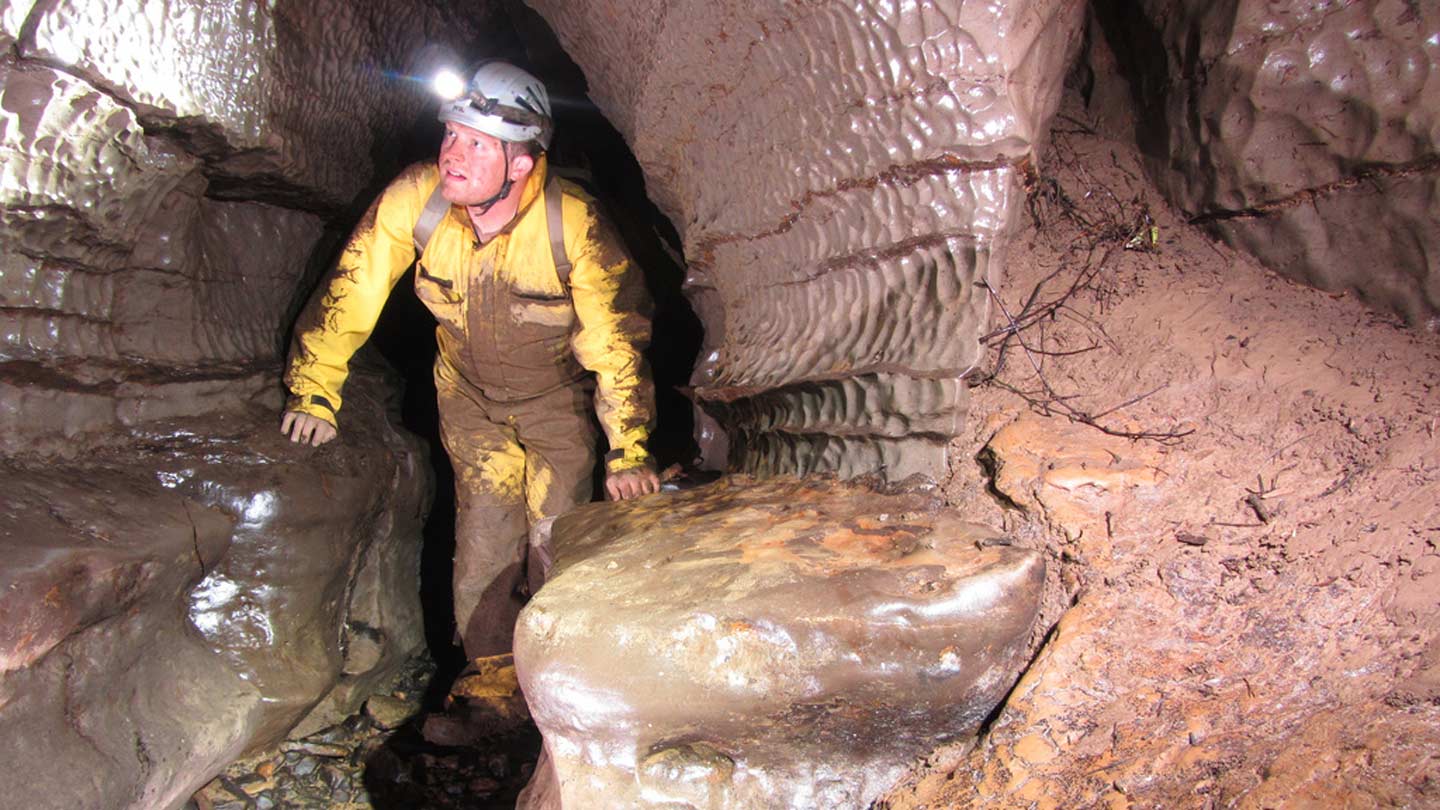 Dr. Matthew Niemiller, an assistant professor of ecology at UAH, conducts field research in caves throughout the Tennessee Valley and around the country to better understand species that are rare, threatened, endangered, or relatively unknown.

As a cave ecologist, Dr. Matthew Niemiller is a frequent visitor to the dark, damp caves of the Southeastern U.S., where he chases millipedes, beetles, and other diminutive creatures through tight spaces. Hours spent breathing cool, heavy air and wading through chilly underground water are necessary for him to gather enough material for further analysis. After he removes his helmet and muddy boots, however, Dr. Niemiller dons a crisp white lab coat to analyze his collected samples using cutting-edge technology in starkly different surroundings.

Dr. Niemiller joined the faculty of the Department of Biological Sciences at The University of Alabama in Huntsville (UAH) in August of last year. As an assistant professor of ecology, the speleologist divides his time between the classroom and the field. "My research ranges broadly from evolution, speciation, and biogeography to spatial ecology and conservation. The work I’m doing here often deals with species that are rare, threatened, endangered, or relatively unknown," he says. "It’s hard to detect these subterranean species directly due to the size limitations imposed by caves. We can use cameras, but it still gives us a limited view."

The ever-increasing risk of biodiversity loss adds urgency to our need to understand the ecological and evolutionary responses and resiliency of subterranean biodiversity.

In an effort to overcome these limitations, Dr. Niemiller has turned to a novel method of detecting wildlife: environmental DNA, or eDNA for short. "All these organisms are shedding DNA constantly into their environment, so we can potentially leverage that information to detect species that may go undetected by traditional means," he explains. By collecting samples from the potential environment of an elusive creature, Dr. Niemiller can extract DNA, design a genetic assay to identify the species, and make inferences if there is a positive detection.

eDNA is being used by other researchers across the state to confirm the presence of a variety of threatened and endangered aquatic organisms, such as Black Warrior Waterdogs and Hellbenders, two species of aquatic giant salamanders. "Hellbenders have not been detected in many streams and rivers in the state for several decades," he says. "But eDNA may confirm the continued persistence of historic sites and perhaps detect new populations."

Dr. Niemiller is also using molecular genetic approaches to better distinguish between groups of cave species, such as cave-dwelling millipedes. "We want to get a better understanding of the 15 or so species in this species complex. What are their species boundaries? Are there cryptic species?" he says, referring to those that are similar in appearance but genetically distinct. Cave beetles are another example. "They’re a crazy diverse group with 150 species," he says. "Are they truly restricted where one species is unique to a cave or did past experts oversplit them?" 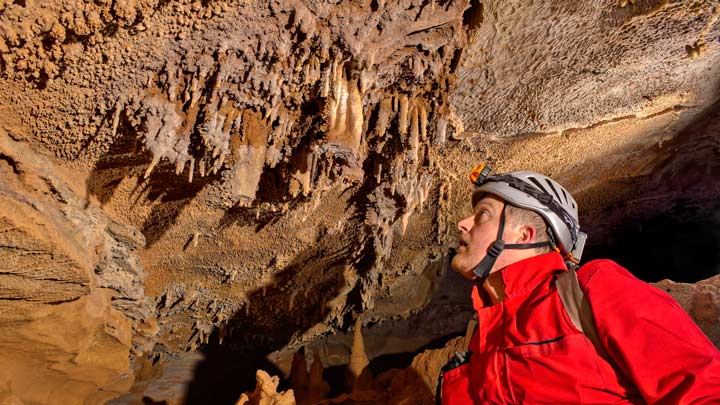 Dr. Niemiller’s goal this summer is to determine the retention time of DNA in subterranean caves.

Assisting Dr. Niemiller in this effort is a team of three graduate students. The first, doctoral candidate Joseph Benito, is focused on the genetic differences between cave- and surface-dwelling species. "Morphologically," he explains, "cave species often lack eyes and have longer antennae. But what genes account for this?" At the same time, master’s students Carson Woodward and Spencer Boyd are developing eDNA assays to detect cave fishes and evaluating the likelihood that water is capable of carrying microbiological contaminants into cave systems. Of particular interest is the fungus responsible for white-nose syndrome, which has resulted in the recent declines in bat populations nationwide. "The ever-increasing risk of biodiversity loss from a plethora of threats, such as urbanization, groundwater pollution, and climate change," he says, "adds urgency to our need to understand the ecological and evolutionary responses and resiliency of subterranean biodiversity."

At present, Dr. Niemiller is working on publishing two papers about his research and looking into possibly expanding his use of eDNA analysis to local fauna. But when it comes to studying living things, time is of the essence. "How long is DNA persisting in cave habitats? Days? Weeks? Without light, does it last longer?" he asks. "So this summer, we are going to look at the retention time of DNA in these subterranean caves."

As for Dr. Niemiller’s own habitat, he’s relieved that his career has led him to the ideal one here in Huntsville. "Climatewise," he laughs, "this is so much better than central Illinois!" 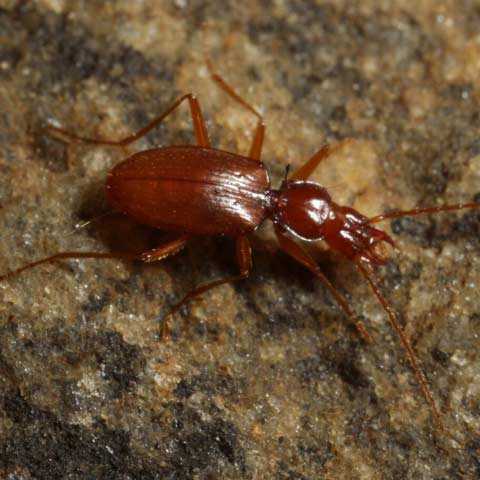 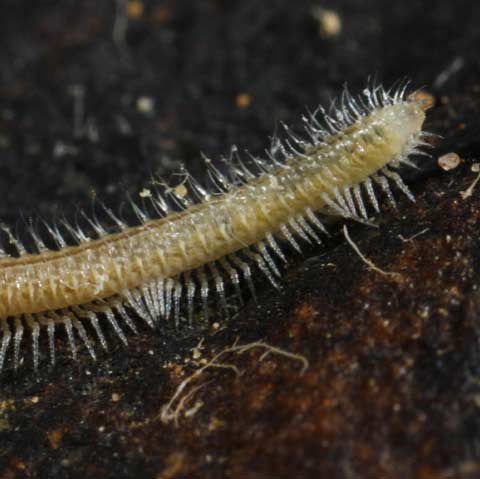 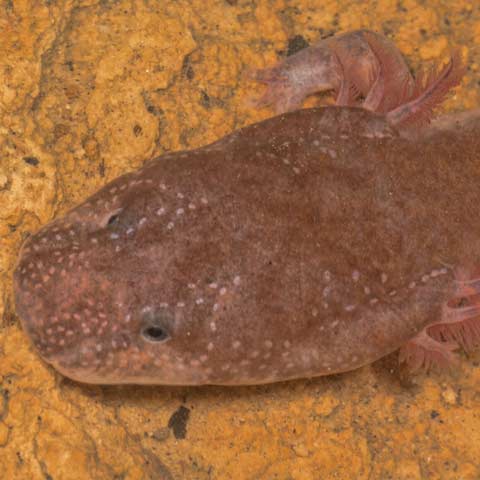 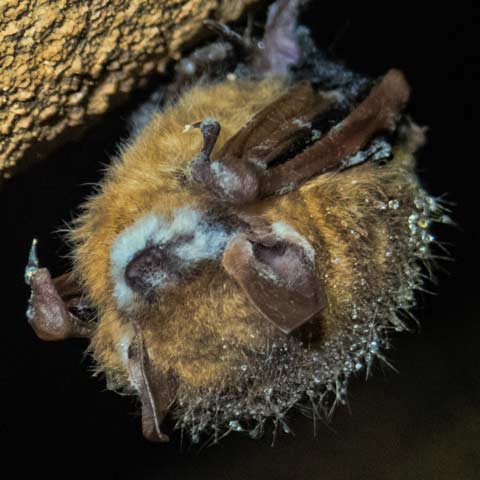 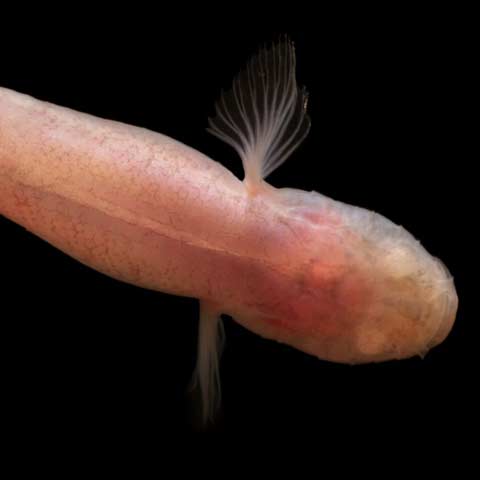 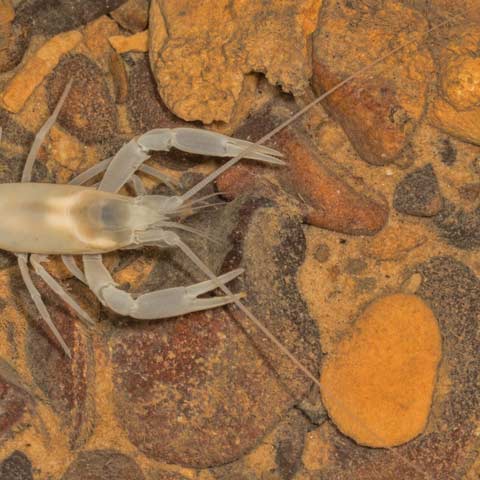