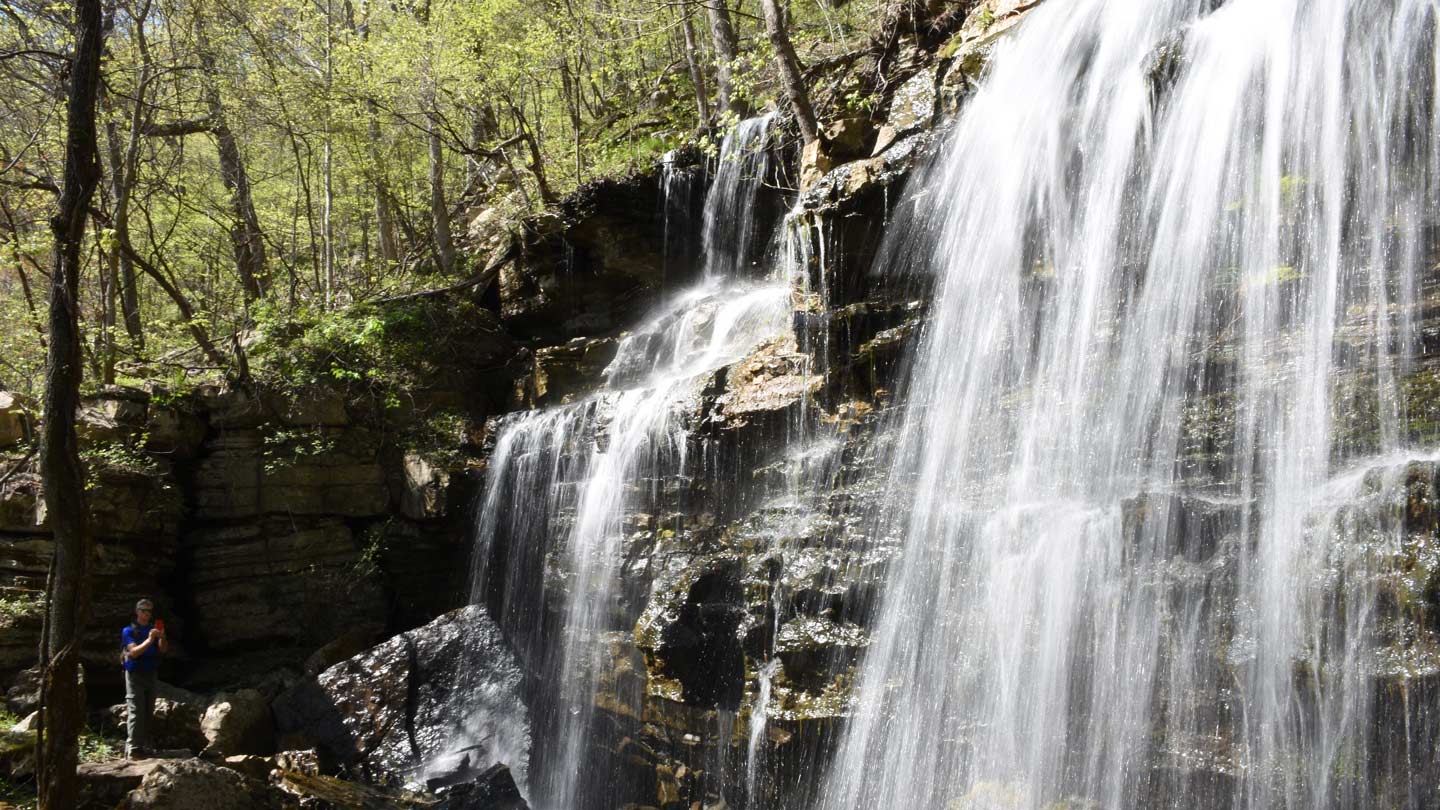 Alabama has one of the richest river systems in North America and is ranked among the nation's top five states for biodiversity.

According to The Nature Conservancy, the Tennessee Valley River Basin is the single most biologically diverse river system for aquatic organisms in the U.S. So it’s no surprise that Dr. Bruce Stallsmith, an associate professor in the Department of Biological Sciences at The University of Alabama in Huntsville (UAH), spends a lot of time there.

“My research is on the ecology and conservation of the region’s freshwater fishes, with a particular emphasis on cyprinid minnows, killifishes of the genus Fundulus, and percid darters,” says Dr. Stallsmith, whose Stallsmith Lab is renowned for its aquatic ecology research. “And while the primary focus has been on their reproductive biology, I am also interested in the monogenoidean gill parasites that can impact their ability to reproduce.”

His most recent foray to the basin was at the behest of Hallie Porter, development director of the Land Trust of North Alabama. “She asked if I would be interested in assessing Bethel Spring for rare species of freshwater fish, and of course I jumped at the chance,” says Dr. Stallsmith. “It is a beautiful site and a source of clean and cold water, which is an increasingly rare combination.” 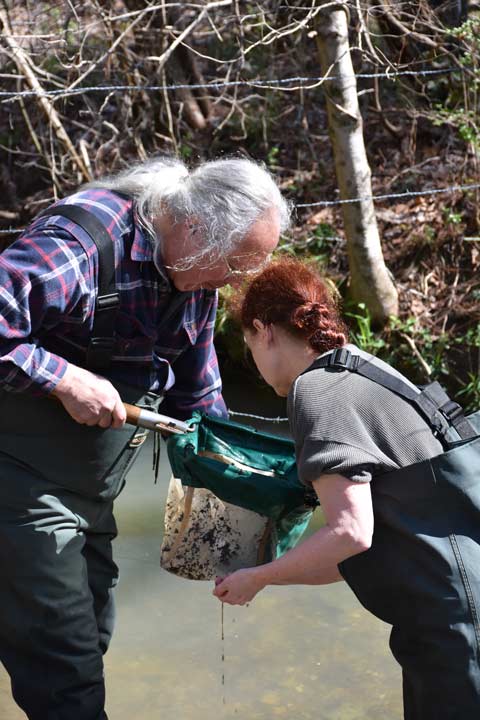 At the behest of the Land Trust of North Alabama, Dr. Stallsmith visited Bethel Spring to assess it for rare species of freshwater fish.

Located at the base of Keel Mountain and serving as a headwater for Tremble Creek, Bethel Spring is a tributary of the Paint Rock River, which is itself a tributary of the Tennessee River. “Knowing that this spring is a viable year-round water source that is filtered quite a distance through the mountain karst formations, we knew it had the potential to host a number of significant aquatic species,” says Porter. “Dr. Stallsmith, with his research on aquatic species in this area, was the first person who came to mind to perform an assessment of the spring.”

On the date chosen for the assessment, rain from the previous day had resulted in elevated water levels. “I was concerned I wouldn’t be able to collect any samples, because high water can make it difficult or impossible to work in a stream,” says Dr. Stallsmith. In the end, however, wading boots were all that was needed for him and his wife, whom he’d recruited as an assistant on the project, to conduct the assessment. “I was pleasantly surprised.”

He ended up documenting two species of freshwater fish endemic to spring water ecosystems: the flame chub (Hemitremia flammea) and the more unusual and vulnerable Tuscumbia darter (Etheostoma tuscumbia). “There are only 15 known populations of the Tuscumbia darter,” says Dr. Stallsmith, who was responsible for identifying the most recent population several years earlier. “And this particular population is located the farthest east of all known ones.”

Now, with a follow-up trip planned for this summer, he’s looking forward to enlisting his students to help him build upon this exciting discovery. “I would like to determine the size and stability of this population,” he says. “Several populations of this species are in poor condition because of degraded habitat.”

As for Porter, she’s thrilled that Dr. Stallsmith’s research will bring more attention to Bethel Spring and the unique and diverse aquatic life that calls it home. “Most folks don’t realize that Alabama, which has one of the richest river systems in North America, is ranked in the top five states in the nation for biodiversity,” she says. “But it’s also ranked number one on the list for species at risk for extinction.” Fortunately, springs like Bethel Spring quietly feed the state’s river system and contribute to the incredibly diverse species that live within its boundaries. “It is only through community partnerships like that with Dr. Stallsmith that we are able to continue educating our community on the incredible unique species that live in North Alabama and the urgent need to protect them and their shrinking habitat,” she says.