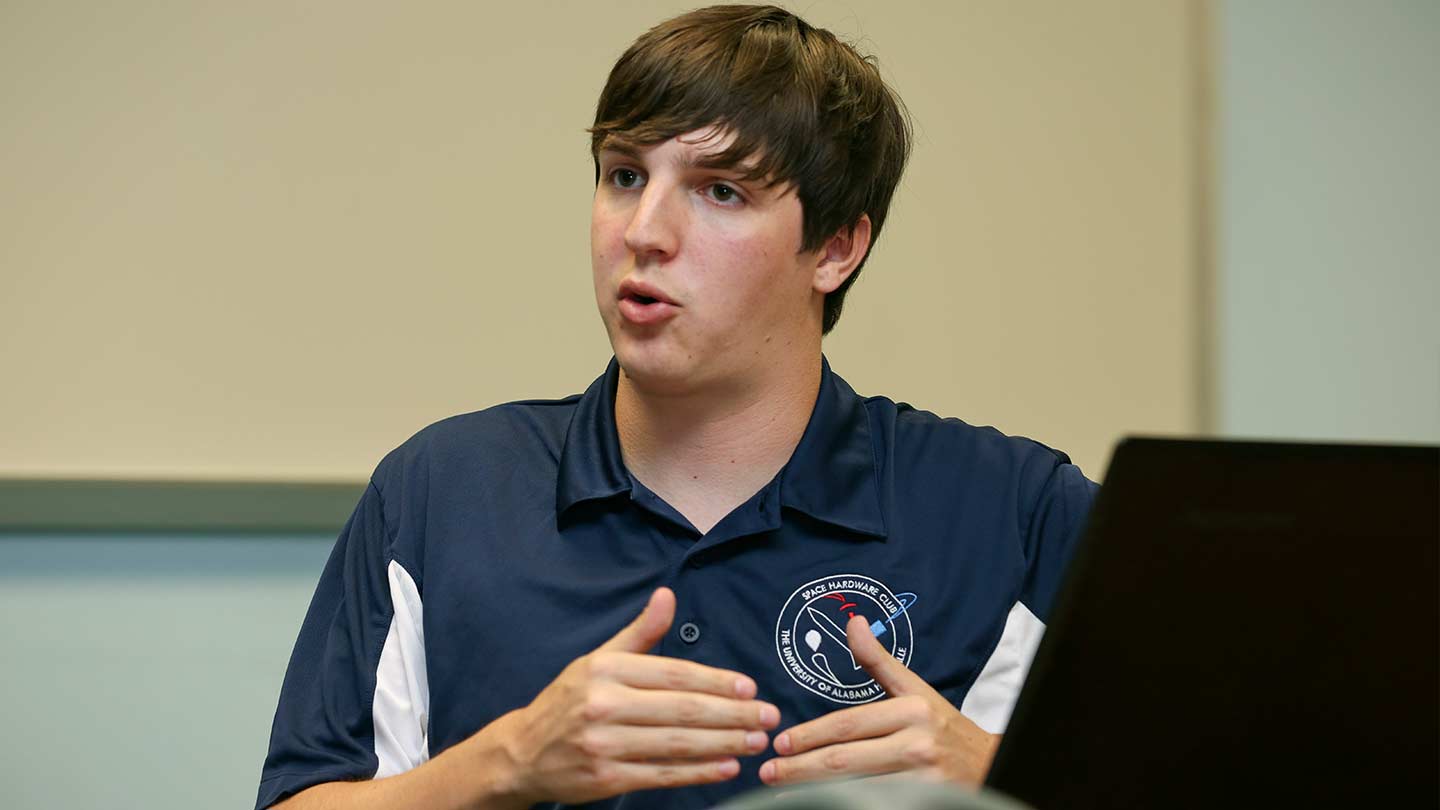 Protecting NASA’s balloon-born X-ray telescopes from stray X-rays that can spoil their view is the focus of a new project by the Space Hardware Club (SHC) at The University of Alabama in Huntsville (UAH) that’s being fully funded by $50,000 from NASA’s Undergraduate Student Instrument Project.

One solution is to encase the telescope in lead, which is not an ideal solution from a weight and environmental standpoint, says Adam Bower, SHC president and the project’s student principal investigator and program manager. Another solution is to knowingly allow the ambient or background X-rays to penetrate the telescope’s body and measure when this occurs.

That second solution is the basis for the active shielding X-ray detection sensor system that the SHC team will design and build, as well as performing its initial testing.

When we know a background X-ray penetrated the body of the telescope and hit the optical sensor, this is a coincidence of the X-ray particle, Bower says. In order to know when X-rays came from the intended celestial object being studied, we look for the anti-coincidences. This gives us a way to solely measure X-rays from the intended celestial object.

Dr. Francis Wessling, professor of mechanical and aerospace engineering, is SHC’s advisor and the faculty principal investigator for the project.

We have these three NASA mentors who work on the X-ray telescope our system is intended for who are helping us along the way, Bower says.

The project will be completed in 18 months, with the big test flight in New Mexico in August 2017.

The system we are building is going to be tested as a secondary payload on a zero-pressure balloon in New Mexico that is being provided by NASA to ensure the design functions as intended, Bower says. We have started the technology research needed before initial design work can begin, and we will have our preliminary design done by January of next year.

Our big test will be to validate our system on a balloon gondola separate from the telescope. We will be operationally ready by next July for integration tests with the balloon gondola.

Initial testing will be done locally.

Testing our system with X-rays can be dangerous, and that will take place at the NSSTC or off-campus at Marshall Space Flight Center, Bower says.

Initially proposed by UAH students, the project will be managed and designed by students from SHC.

This is a very multidisciplinary project with members from different engineering and physics departments, Bower says. The team is made up of a diverse group of international and U.S. students.

Eighteen SHC members work on the project. Besides Bower: