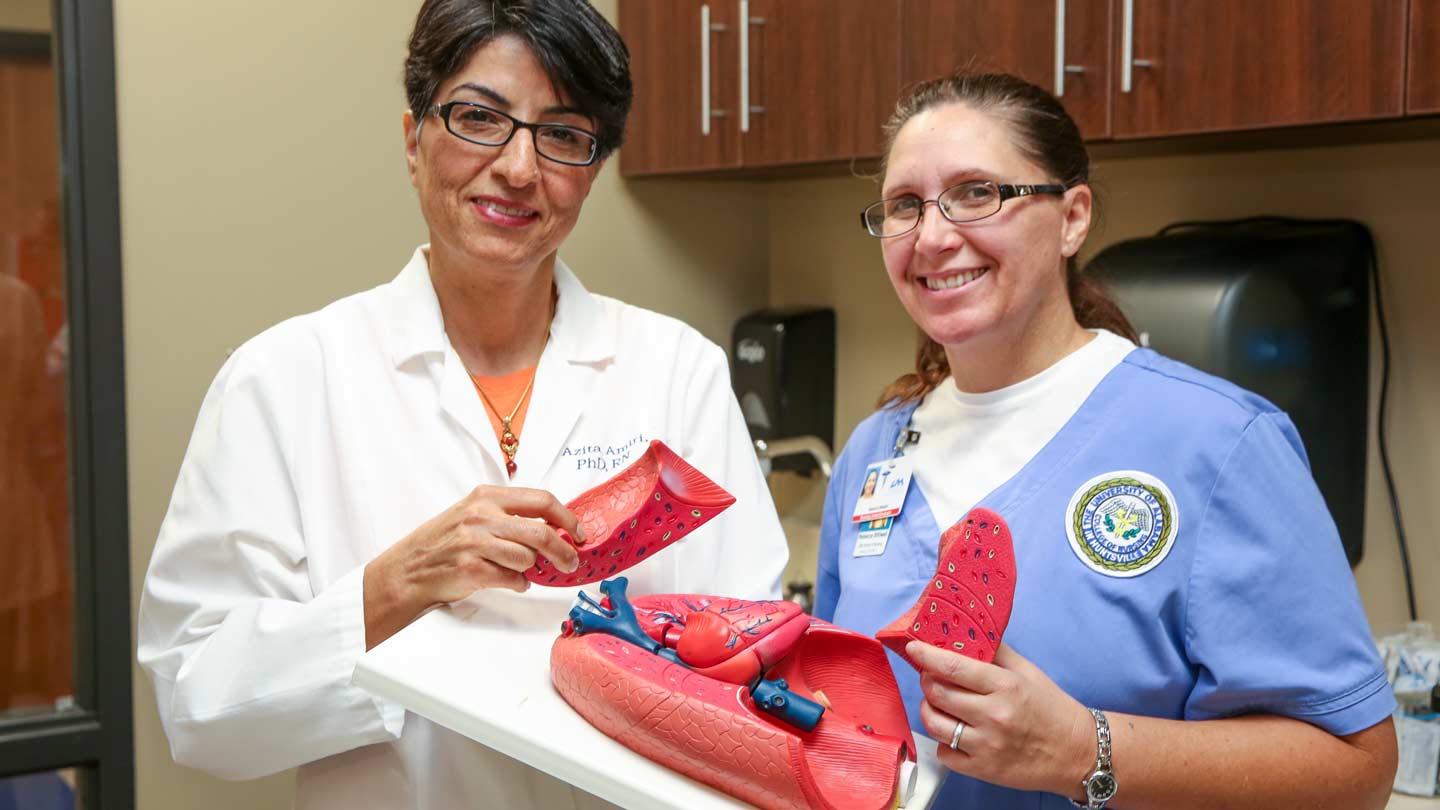 Plenty of factors can influence which salon we choose to go to – perhaps a friend has recommended it or it’s conveniently located. But how many people pay close attention to whether or not a salon is in compliance with state and national guidelines regarding the use of toxic chemicals? The answer, says Dr. Azita Amiri, is not nearly enough of us. "People need to make sure salon owners are following the rules and regulations that will keep their customers safe as well as their employees," says the assistant professor of nursing at The University of Alabama in Huntsville (UAH). "And they should use their sense of smell. If a salon smells distinctive, sharp, and strong, it means that there are a lot of chemicals in the air and they should leave as soon as possible."

Environmental health has long been on Dr. Amiri’s research radar. She is the author of a number of published papers focusing on everything from the effects of formaldehyde and secondhand-smoke exposure to the efficacy of using potted plants to reduce indoor air pollutants. Yet it’s only been in the last couple of years that she’s taken a closer look at nail salons. "A while back I passed one at the mall, and I smelled a lot of chemicals – the salons can’t circulate the air in that enclosed space," she says. "I started thinking about doing a research study that would let us test the air quality of these salons, to see if it was safe for customers and employees."

Soon after securing the necessary funding, she enlisted the help of Rebecca Stillwell. The junior nursing major was charged with contacting area salon owners about participating in the study, which required her to place an air quality monitor in their store for 8 hours – a task that she soon realized was easier said than done. "I approached 100 salon owners with the understanding that their identity would be kept anonymous, but so many said they didn’t want to do it," says Stillwell. "In fact, only 11 agreed – and the eleventh one ended up changing his mind and throwing the monitor out!"

If their research can come up with something that will help us get some of the chemicals out of the air, why not?

One of the few willing to participate was Betty Mazingo, owner of Hair & Nails by Southern Belles. "Many salon owners don’t want you to know how many chemicals they’re putting into the air, but I work in the salon all day, every day, and my children do too," she says. And with her children set to one day take over the family business, she was more than willing to help Dr. Amiri and Stillwell with their study. "If their research can come up with something that will help us get some of the chemicals out of the air, why not?" she says. "It’s going to benefit both my clients and me in the long run. They’re going to know I’m taking measures to keep all of us safe."

Stillwell and Dr. Amiri’s primary focus was on formaldehyde and volatile organic compounds (VOCs) such as benzene, toluene, and acetone that are typically used in salons but are not regulated. They knew these chemicals would be present, but they wanted to know if the amount exceeded recommended safety guidelines. Unfortunately, what they learned was even worse than they’d anticipated. "The majority of the salons’ VOC levels were 100 times over the 500 µg/m3 limit recommended by the Green Building Initiative," says Stilwell.

What’s more, seven of the salons were found to be using methyl methacrylate (MMA), a chemical that the Alabama board of Cosmetology and Barbering banned from use in salons after the Federal Drug Administration declared it poisonous in the 1970s. "MMA enters your body from breathing its vapors and when the liquid form of it touches your skin," says Dr. Amiri. "It affects the nervous system the way drinking alcohol does, and may cause headache, fatigue, nausea, and dizziness." Other health risks associated with the chemical include nail infections, respiratory problems, eye and nose irritation, permanent nail deformities, and severe allergic reactions. 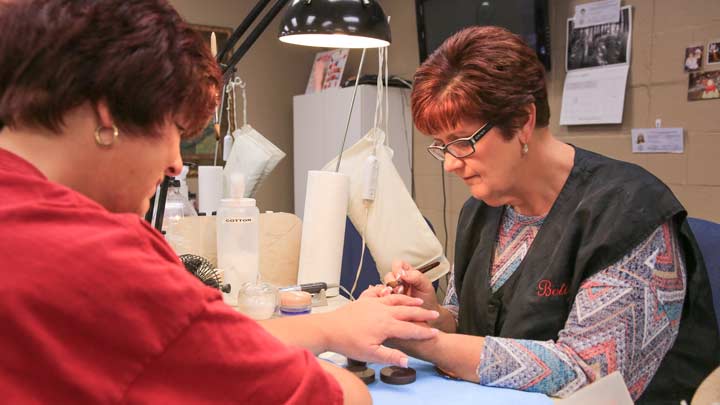 Owner Betty Mazingo (right) participated in the study and has since introduced efforts to improve the air quality in her salon.

"If they’re caught using MMA, that’s a shutdown," says Mazingo, whose own salon not only fared well in the study but also consistently receives top marks from the Alabama Board of Cosmetology and Barbering. "We never use it, but some salons still do because it’s cheaper than the alternative. So while my prices might be slightly higher because of that, I’m going to follow the rules and regulations to keep me safe as well as my clients. They’re not worried about their health, which means they’re not worried about their clients’ health."

Some salon owners even prefer to turn a blind eye – a surprising discovery Stillwell made when she tried to schedule a follow-up meeting to share the results. "Some had changed their mind and didn’t want to know," she says. "And I had two who said, ‘I already know it’s going to kill me.’ They weren’t interested in getting the results." But where others were reluctant to face facts, Mazingo was not. "There are salons that care about their clients," she says. "And hopefully, the more the word gets out about the chemicals, the more research there will be to help alleviate the problem."

Indeed, since the study’s conclusion, Mazingo has adopted several strategies suggested by Dr. Amiri to improve her salon’s indoor air quality. "I now open my doors on nice days, I use fans to help the air circulate, and I have 10 plants!" she says, adding that she’s also agreed to test a new, salon-specific air purifier that Dr. Amiri is working on creating. After all, she’s got her eye on more than just the present. "I want to stay around, and I want my children to be happy and healthy and stay in this business too," she says. "I still want to be sitting at a table doing someone’s nails when I’m 90 years old!"