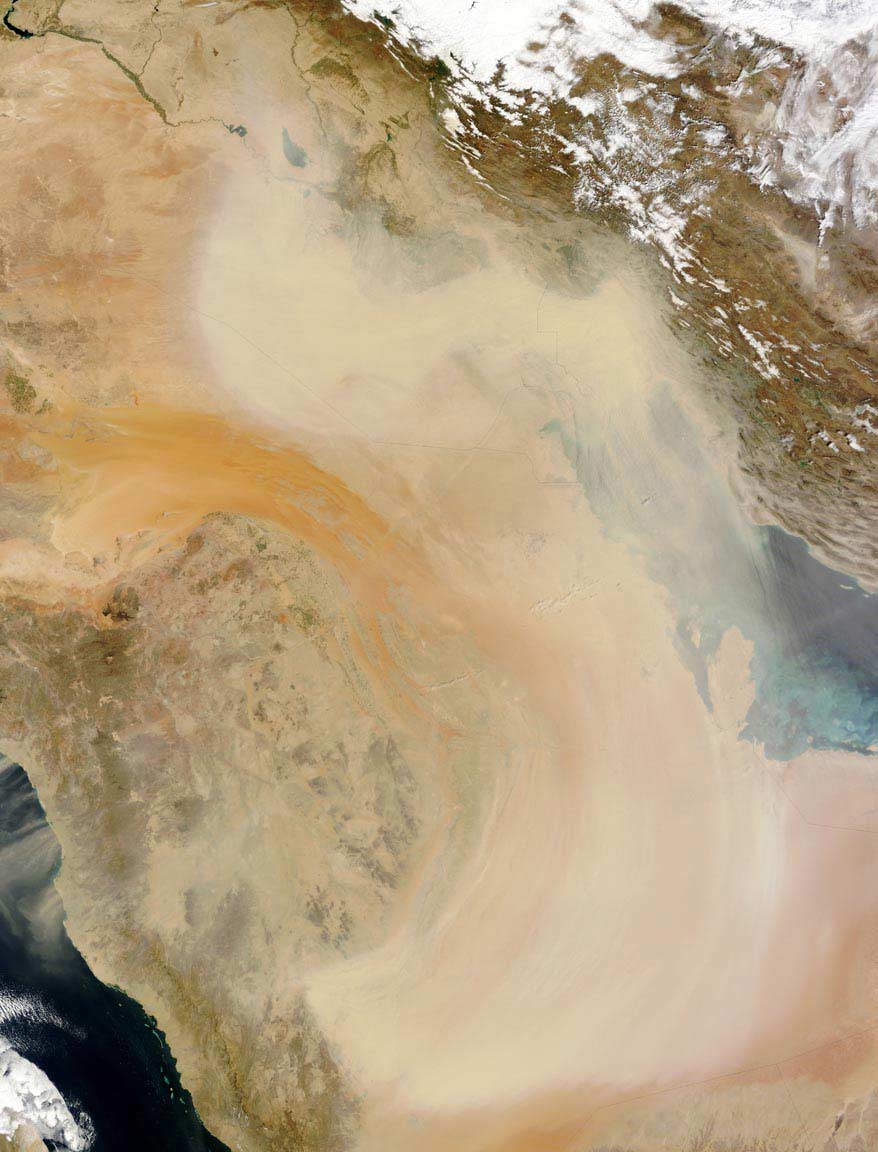 A satellite image of an Arabian dust storm.

Strong pressure systems a third of a world apart may set up conditions to stir powerful summer dust storms over the Arabian Peninsula.

The presence of these pressure systems – which on the Arabian Peninsula spin off strong northerly winds known to locals as Shamal – is one of four seasonal events found to contribute to Arabian dust storms at different times of the year, according to research by an international team of scientists led by Dr. Elias Houssos at the University of Ioannina, Greece. The team also includes Dr. Themis Chronis at The University of Alabama in Huntsville's Earth System Science Center (UAH ESSC).

Using data from Aerosol Robotic Network ground stations funded by NASA, the team first identified 177 dust outbreaks – storms in which dust blocked at least 25 percent of the sun's radiation – during a 12-year study period at Saudi Arabia's Solar Village, about 20 miles west of the capital in Riyadh.

"Then we looked at patterns between the air pressure at the surface and the pressure at five kilometers altitude," said Chronis, an ESSC research associate. "And we found recurring patterns, which allowed us to identify a likelihood, a grouping of when we might expect these storms to occur."

Summer dust storms were frequently related to winds kicked up by the combination of a high pressure system that spreads east from the Azores over north Africa and a monsoonal low pressure system over India that spreads westward into the Middle East. The team found that and other seasonal weather patterns preceded 80 percent of the dust storms that occurred over the study area.

While this research was conducted on a volunteer basis, the team hopes to apply for a grant to study dust storms over the American southwest, from California to west Texas, looking for similar predictive patterns.

Results of this data have been published online in the American Meteorological Society's Monthly Weather Review, made possible by support from Dr. John Christy and UAH's ESSC.