Mystery of powerful lightning at sea not solved completely 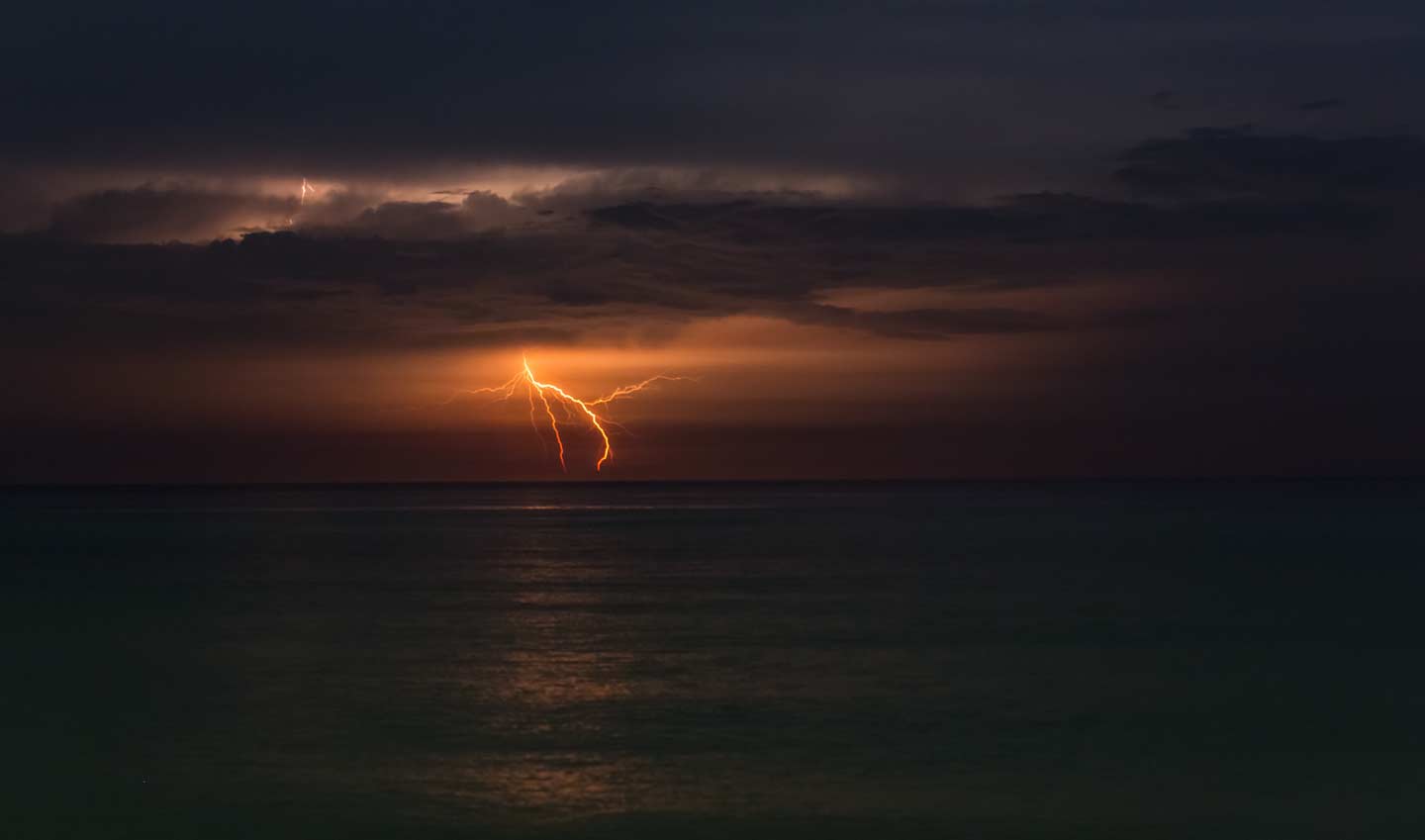 Scientists are probing why most of the most powerful lightning on Earth happens over the oceans.

The mystery of why most of the most powerful lightning on Earth happens over the oceans isn't solved, but a few of the usual suspects are no longer in custody.

It isn't an instrument error, as some hypothesized. Nor is it the relative rarity of cloud-to-sea lightning allowing charges to build. And when it comes to cloud top heights, size apparently doesn't matter.

It's possible the increased presence of salt in the atmosphere plays a role, but if that is the case it probably has an accomplice. The evidence implicates ice crystal size, although air flowing back and forth along the land-sea boundary might also be involved.

There isn't one single mechanism that by itself justifies the stronger peak current we see in cloud-to-ground lightning over the oceans.

"There isn't one single mechanism that by itself justifies the stronger peak current we see in cloud-to-ground lightning over the oceans," said Dr. Themis Chronis, a research scientist in the Earth System Science Center at The University of Alabama in Huntsville (UAH). "This process isn't as simple as we previously thought."

Results of this research at UAH, NASA and the Universities Space Research Association (USRA) were published recently in the Journal of Geophysical Research.

Scientists have known since the early 1990s that the initial return stroke - the flash when a leader or electric channel connects a cloud to the surface - usually has a more powerful current over the oceans than lightning over dry land. While there have been hypotheses about why that should be the case, there was no generally accepted explanation.

Chronis, NASA's William Koshak and Bill McCaul with the USRA used lightning data from the National Lightning Detection Network to create datasets for four coastal areas: along Lake Michigan, the mid-Atlantic, the Florida peninsula and the upper Gulf Coast. Then they tracked the strength and location of each lightning strike over each of those locations.

They found a type of power curve along each of the oceanic shorelines, with the relative strength of lightning strikes starting to rise just a bit inland and continuing to rise as the strikes move out to sea until the instruments no longer are reliable. The strongest lightning was along the Gulf of Mexico during the wet season.

So it must be the increased concentration of salt - an electrical conductor - being transported from the sea into the atmosphere, right?

"Salinity isn't altogether out of the question. Yet," said Chronis.

It is known that storms over the oceans (and slightly inshore) tend to create larger ice crystals than inland storms. Large ice crystals can hold a more powerful electric charge, but that doesn't explain why that extra charge isn't discharged in routine amounts through routine lightning.

And, while the size of ice crystals might vary as much as 10 percent across the land/sea boundary, the differences in the electric discharge in lightning strokes can vary by 25 to 30 percent.

For now the cause of powerful oceanic lightning will, apparently, remain a mystery. This latest research might imply increased salinity and large ice crystals in combination with storm physics could be the cause. Any conclusive theory will probably wait for additional research and data provided by new instruments, such as the Geostationary Lightning Mapper (GLM). GLM is scheduled for launch later this year aboard NOAA's Geostationary Operational Environmental Satellite - R Series (GOES-R) weather satellite.