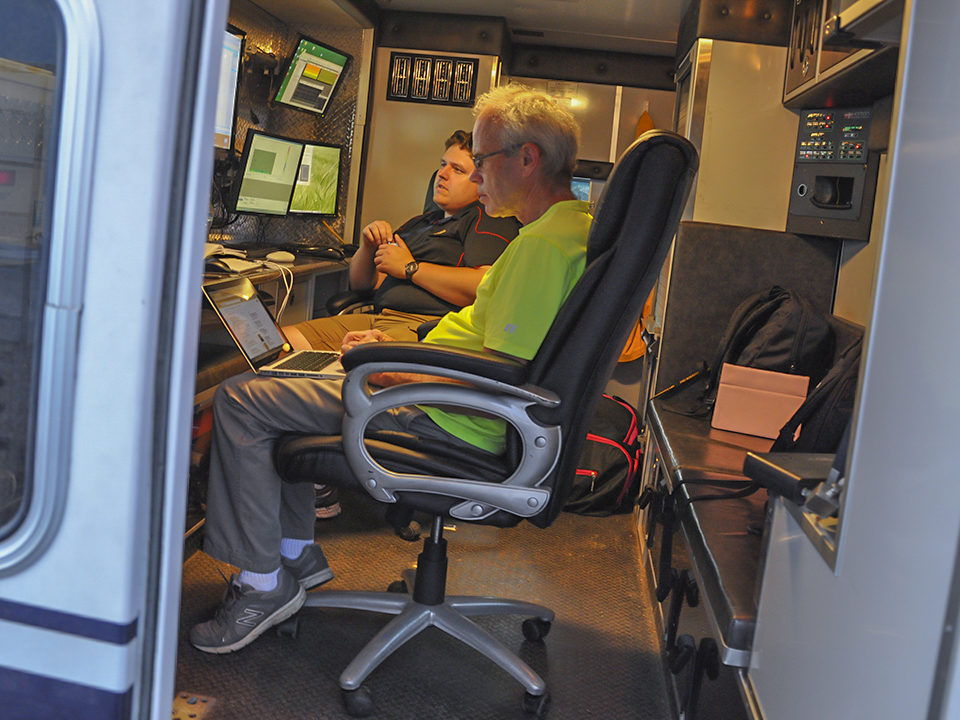 More than 100 of the top severe storms research scientists in the U.S., social scientists and weather service personnel will gather in Huntsville next week to help plan the largest severe weather research campaign ever conducted in the southern U.S.

While the campaign is scheduled to begin next spring, the actual research might start much earlier.

"For UAH, we deploy whenever severe weather is expected in the area," says Dr. Kevin Knupp, a professor of atmospheric science in UAH's Severe Weather Institute - Radar and Lightning Laboratories (SWIRLL). "If the circumstances look right, we could start the next time the weather looks right."

The next time UAH's severe weather research team sets up in front of a storm, it will be the first live storm interception coordinated through the command center in UAH's new SWIRLL building.

Dr. Knupp is particularly interested in opportunities to study the interaction between the storm, surface winds and local topographic features, such as valleys and hills, as well as the turbulence caused by changes in surface roughness, such as the interface between forested areas and open fields or lakes.

"I put that research in the exploratory category, because we don't know that much about it yet," Dr. Knupp says. "We don't have enough detailed measurements to answer basic questions, such as how high above the surface do those wind perturbations extend?"

The workshop begins Monday, Nov. 9, at the Embassy Suites. It will help set scientific goals for a long-term research program on severe storms and tornadoes in the southeast. It may also provide guidance for planning leading into VORTEX Southeast, a two-month storm and tornado study campaign scheduled at start in March 2016. Scientists from 11 universities, three federal agencies and a couple of national laboratories will provide resources, equipment and personnel during the campaign, which will be headquartered at SWIRLL.

In the Southeast, trees and rolling hills frequently limit the distance at which incoming storms, including tornadoes, can be seen by eye or observed by mobile radars. That makes storm chasing less productive and more dangerous. Instead, the teams of scientists will set up clusters of instruments around existing Doppler weather radar sites so they can study entire storm systems as they pass, rather than focusing on individual cells.

Because they might be less likely to pick up and chase a storm, the VORTEX Southeast teams might move in advance to try to get their instruments set up in front of interesting storm systems. Dr. Knupp says that in addition to setting up in north Alabama, which is the primary research domain, they also are looking at potential network sites where they could move the entire VORTEX armada to areas near Nashville, Memphis, Columbus and Jackson, Miss., or Mobile.