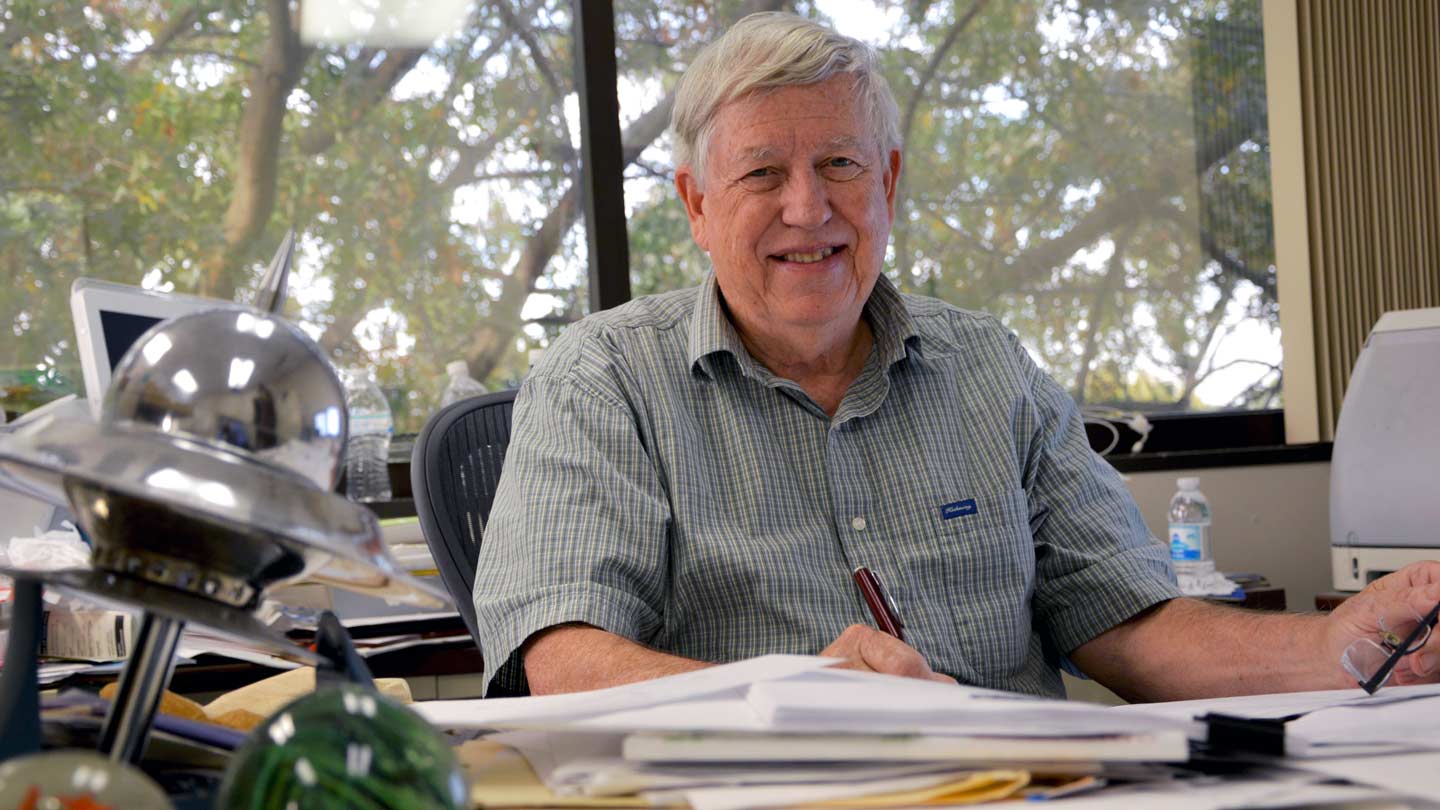 The LIS is “a very wonderful opportunity to enjoy a bountiful harvest from seeds that were sown decades ago," Dr. Hugh Christian said.

In the mid 1990s, when NASA built two identical Lightning Imaging Sensors (just in case), Dr. Hugh Christian planned all along to send the flight spare into space.

He just didn't expect it to take almost 20 years for that to happen.

Christian's two decade wait is scheduled to end Saturday, when a SpaceX rocket carries the extra LIS instrument to the International Space Station (ISS). Mounted to the ISS, the sensor could be used to study lightning for years to come: an identical LIS launched in 1997 collected lightning data for 19 years before being shut down.

LIS 2 could be up and running within a week, said Christian, a research professor in the Earth System Science Center at The University of Alabama in Huntsville (UAH) and the leader of UAH's lightning research group. That could set up a unique overlapping of lightning research tools over North Alabama this spring.

Christian and the UAH team also were heavily involved in developing the Geostationary Lightning Mapper, which was carried into geostationary orbit aboard NOAA's GOES-17 weather satellite in November.

Although GLM won't be fully operational, both GLM and LIS 2 sensors will be brought to bear on storms moving across the region in March and April. That will be when scientists from UAH and across the U.S. congregate here for the second season of VORTEX-SE, a NSF-funded campaign studying the unique characteristics of storm systems that generate tornadoes in the southeastern U.S.

A third lightning sensor developed at UAH, the Fly's Eye GLM Simulator (FEGS), also is scheduled to be flown above north Alabama in late April. While FEGS was designed to help scientists calibrate and validate lightning data collected by GLM, the opportunity to collect lightning data over the Tennessee Valley during VORTEX-SE — when this area will be one of the most heavily instrumented lightning research regions on Earth — is too good to pass up.

FEGS flies in the upper atmosphere as an instrument aboard NASA's ER-2 high altitude aircraft, which will be flown out of Robins Air Force Base near Warner Robins, Ga., during VORTEX-SE.

For Christian, having FEGS, LIS 2 and GLM all gathering lightning data at the same time over a local ground-based lightning sensor network he helped create is the latest milestone in his career.

"This will be a very wonderful opportunity to enjoy a bountiful harvest from seeds that were sown decades ago," he said.

With all of these instruments working together, Christian hopes scientists can delve deeper into the physics of lightning, learning more about the physical processes that cause lightning and about the amount of energy thunderstorms lose to lightning.

And that's just in the short term.

Next summer a European consortium is scheduled to rocket its Atmosphere-Space Interactions Monitor package to the ISS. It includes sensors designed to study both bursts of gamma ray caused by lightning, and sprites and blue jets of lightning that appear on top of some thunderstorms.

"For the first time, we will be able to do simultaneous gamma ray and lightning observations around the world," Christian said. "That will be exciting."

Previous observations of gamma rays rising from storms in the atmosphere were made by satellite observatories designed to study gamma rays coming to Earth from deep in space.

With LIS flying in a different orbit, the odds of a gamma-ray observatory and LIS being over the same gamma-ray-emitting storm at the same time weren't good: In its 19 years on orbit, LIS was in the right spot to see lightning emitting gamma rays at the same time a satellite sensor detected those gamma rays only twice.

With LIS 2 and ASIM both on the ISS, looking at the same storms at the same time, "we might now get hundreds," Christian said. "We can look at how bright the lightning is and how that compares to non-gamma-ray storms. We can look at the sequence of lightning and gamma-rays, and learn more about the process."

Christian has spent much of his career at NASA and UAH developing lightning sensors to fly in space.

"It is a huge commitment," he said. "It consumes you."

Despite the commitment of years needed to get an instrument into space, Christian thinks he might be ready to do just one more.

"I swore I'd do no more space instruments, but I might go one more iteration," he said. "I want to try to do a low-cost LIS. The technology has advanced and improved so much in the past 20 years. We might be able to make something that is better than LIS for much less money."