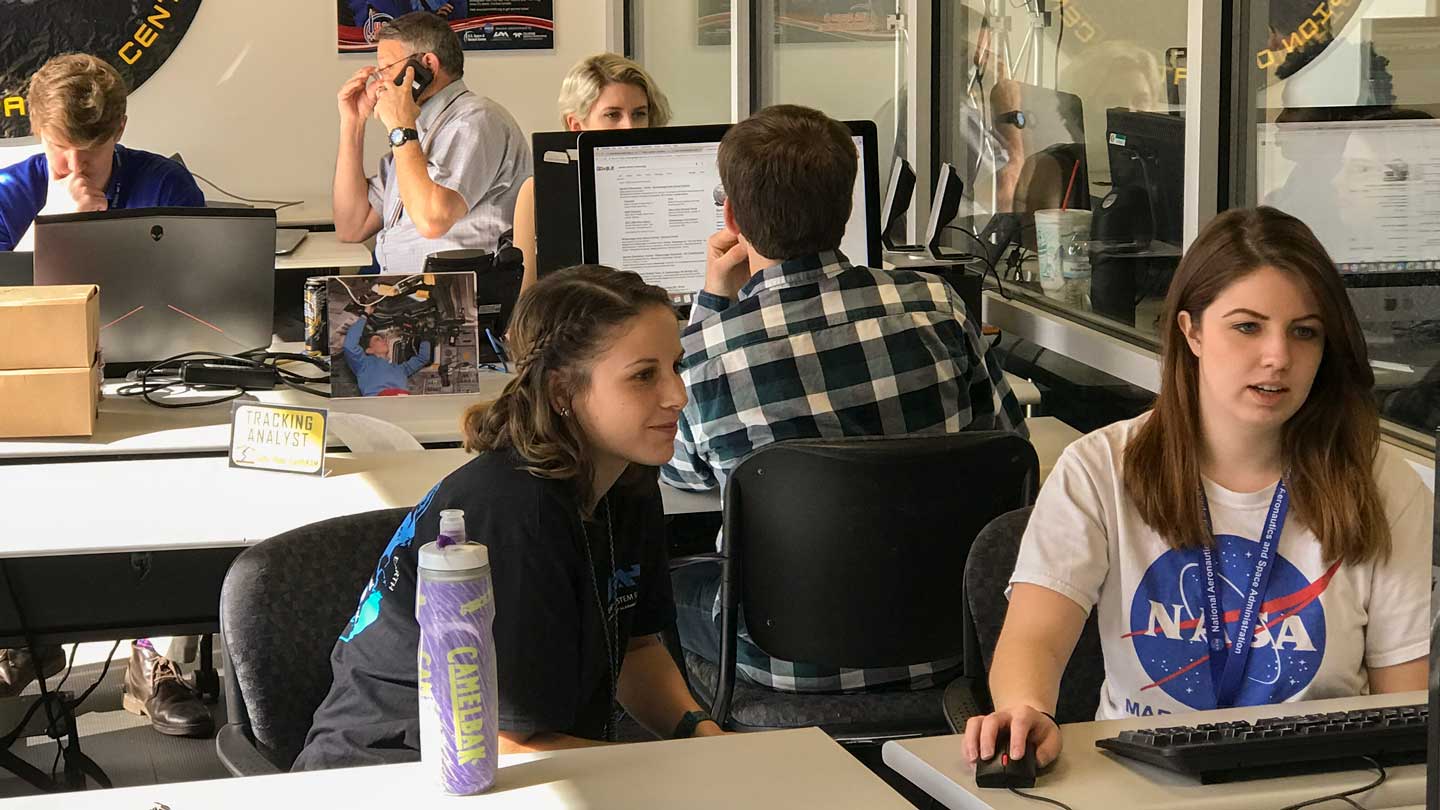 What does a hurricane look like from 400 kilometers above the Earth’s surface? What do images taken of the ice caps over the past few years tell us about how they’ve changed? These are the types of questions that middle school students in dozens of countries now have answers to thanks to NASA’s EarthKAM and the UAH students who help it operate smoothly.

This year, as they have for the past three years, graduate and undergraduate students from the Department of Atmospheric Science at The University of Alabama in Huntsville (UAH) have had the privilege of working on the Sally Ride EarthKAM project. EarthKAM, which stands for Earth Knowledge Acquired by Middle School Students, is a NASA program that uses a camera attached to the International Space Station (ISS) to take high-resolution photographs of the Earth. The subjects of the camera’s photographs are determined by middle school students around the world, as they can request images of particular geographic locations related to their respective curriculum.

EarthKAM is a great way for students to feel like they’re a part of something bigger than themselves.

UAH was given the opportunity to collaborate with NASA on this project several years ago, explains Dr. Robert Griffin, an assistant professor of atmospheric science and a researcher in UAH’s Earth System Science Center. "We wrote a proposal to NASA to bring EarthKAM here, to be housed at the U.S. Space & Rocket Center and supported by UAH and Teledyne Brown," he says. "We just completed our 10th mission!" Dr. Griffin manages the science and operations portion of the EarthKAM mission, overseeing UAH’s team of earth system science majors: graduate students Maggi Klug and Leah Parker, and undergraduates Sara Miller, Stephen McNeal, and Elaina Metcalf. "It’s a unique experience for the graduate students as well as the undergraduates, because it takes a little of what they learn in the classroom and puts them in an operations environment," he says. "It also highlights our ability to combine research and education."

Undergraduate team members participate part time between classes, working at the Missions Operation Center (MOC) at Rocket Park to organize requests for photographs sent in from around the globe. It’s a daunting task, says Dr. Griffin, given how many come in during the course of an EarthKAM mission. "We received 36,000-plus requests from this past mission, which resulted in almost 9,000 unique images." Once the photos are taken, team members then organize and annotate them to be uploaded to a gallery on the EarthKAM website, which is managed by UAH’s Information Technology and Systems Center, so that they can be accessed by educators as needed.

The team’s graduate students have an even more hands-on experience as members of the EarthKAM project, as they work at the MOC full time during mission weeks. The last mission was operational from Feb. 20 to Feb. 26, during which Klug and Parker communicated with staff at the Johnson Space Center (JSC), who in turn spoke to the astronauts aboard the ISS. The pair not only worked with JSC to ensure that the EarthKAM camera on the ISS was aligned and functioning correctly, but they also batched student photo requests, packaging them for delivery to the ISS every 90 minutes. 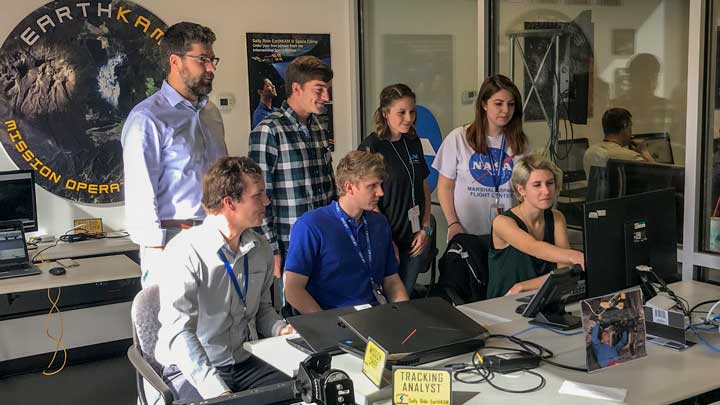 Dr. Robert Griffin, pictured left, serves as the operations and science manager of his EarthKAM student team, shown at their Missions Operations Center located at the U.S. Space & Rocket Center.

For the science classes that request them, EarthKAM’s images become indispensable teaching tools. "It’s a great way for these students to feel like they’re a part of something bigger than themselves – they’re part of a NASA mission," he says. "It’s also a vivid way for a teacher to infuse science and data into the curriculum." During the past mission alone, 273 unique schools with more than 21,000 students from 35 different countries have requested the images uploaded to EarthKAM’s website.

As for the university students who serve on the EarthKAM team, the benefits are just as tangible, from learning hard skills in remote sensing and geographic information systems to practicing soft skills in communication and teamwork. "It’s the only active payload on the ISS where students can go in and task an Earth-observing instrument to do something," he says. "And because the astronauts are international, they also get an understanding of working with a multinational crew and the complexities that go into that." Not to mention, the experience looks great on a resume. Two former EarthKAM graduate students, Tim Klug and Tyler Finley, were offered jobs at Teledyne Brown Engineering, which manages the EarthKAM instrument, following their involvement in the project. "I like students to use the EarthKAM project as a stepping stone," says Dr. Griffin. "It gives them an understanding of Earth observation in operation, which they can use to get other jobs."

With the EarthKAM’s next mission slated for April, the ensuing few weeks will be a busy time as the team sorts through a new slew of requests. After all, curious minds are waiting.