The dust devil and the details: Spinning up a storm on Mars 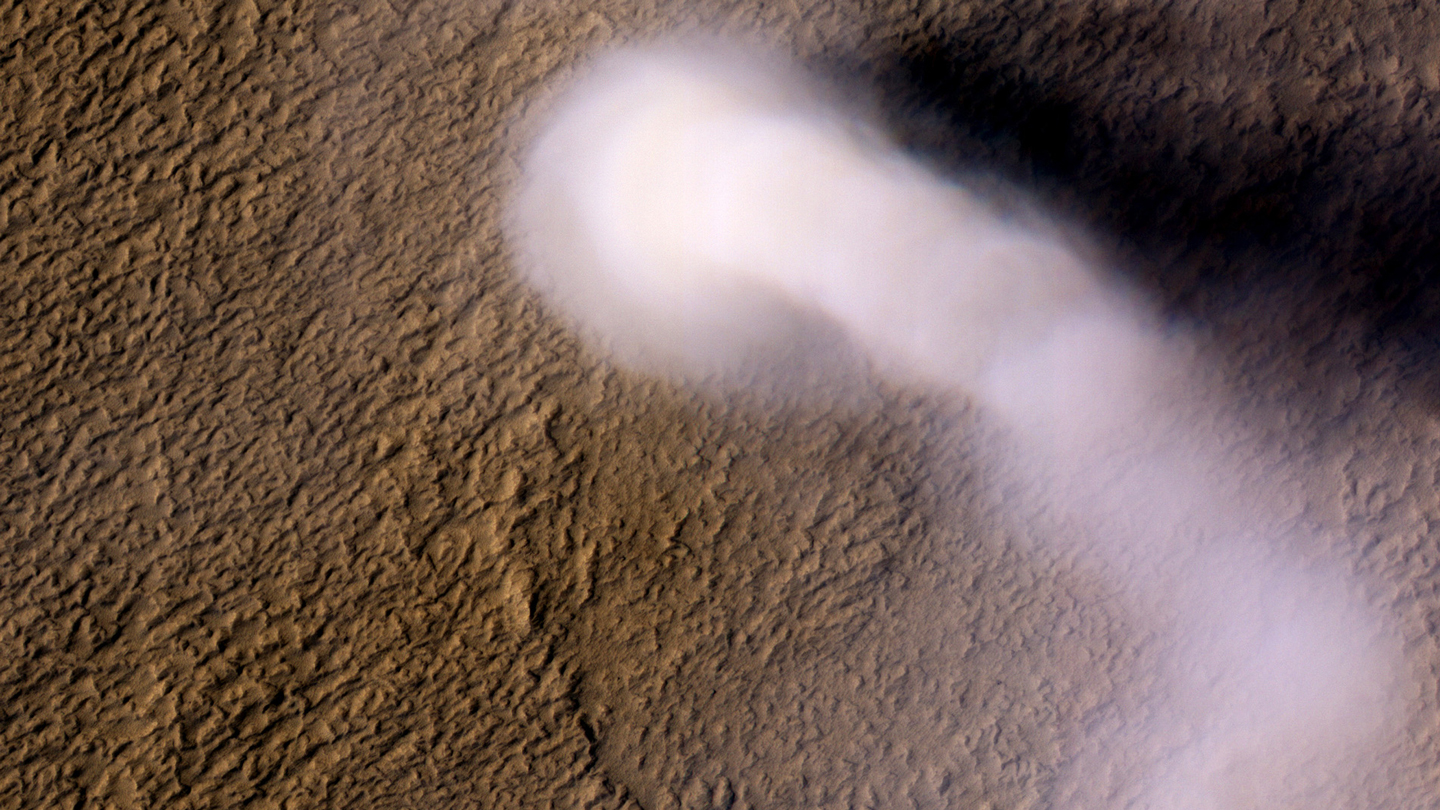 A large dust devil towers over the Martian surface on the plain of Amazonis Planitia in 2012. The shadow indicates this dust plume reached a height of 12 miles (20 kilometers) although it was only 140 yards in diameter.

Spinning up a dust devil in the thin air of Mars requires a stronger updraft than is needed to create a similar vortex on Earth, according to research at The University of Alabama in Huntsville (UAH).

Early results from this research in UAH's Atmospheric Science Department are scheduled for presentation today at the American Geophysical Union's fall meeting in San Francisco.

"To start a dust devil on Mars you need convection, a strong updraft," said Bryce Williams, an atmospheric science graduate student at UAH. "We looked at the ratio between convection and surface turbulence to find the sweet spot where there is enough updraft to overcome the low level wind and turbulence. And on Mars, where we think the process that creates a vortex is more easily disrupted by frictional dissipation – turbulence and wind at the surface – you need twice as much convective updraft as you do on Earth." 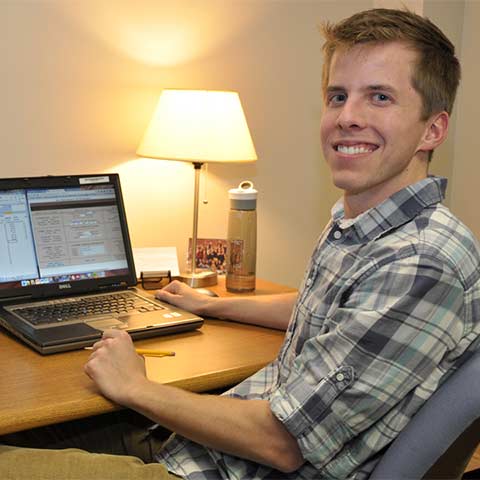 Williams and UAH's Dr. Udaysankar Nair looked for the dust devil sweet spot by combining data from a study of Australian dust devils with meteorological observations collected during the Viking Lander mission. They used that data and a one-dimensional Mars planetary boundary layer model to find thresholds of the ratio between convection and surface friction velocities that identify conditions conducive to forming dust devils.

While dust devils on Earth are seldom more than meteorological curiosities, on Mars they sometimes grow to the size of terrestrial tornados, with a funnel more than 100 meters wide stretching as much as 12 miles above the Martian surface.

Williams and Nair are looking at the effects dust devils have on lifting dust into the Martian atmosphere. Dust in the Martian air and its radiative forcing are important modulators of the planet's climate.

"The Martian air is so thin, dust has a greater effect on energy transfers in the atmosphere and on the surface than it does in Earth's thick atmosphere," said Nair, an associate professor of atmospheric science. Dust in the Martian air cools the surface during the day and emits long-wave radiation that warms the surface at night.