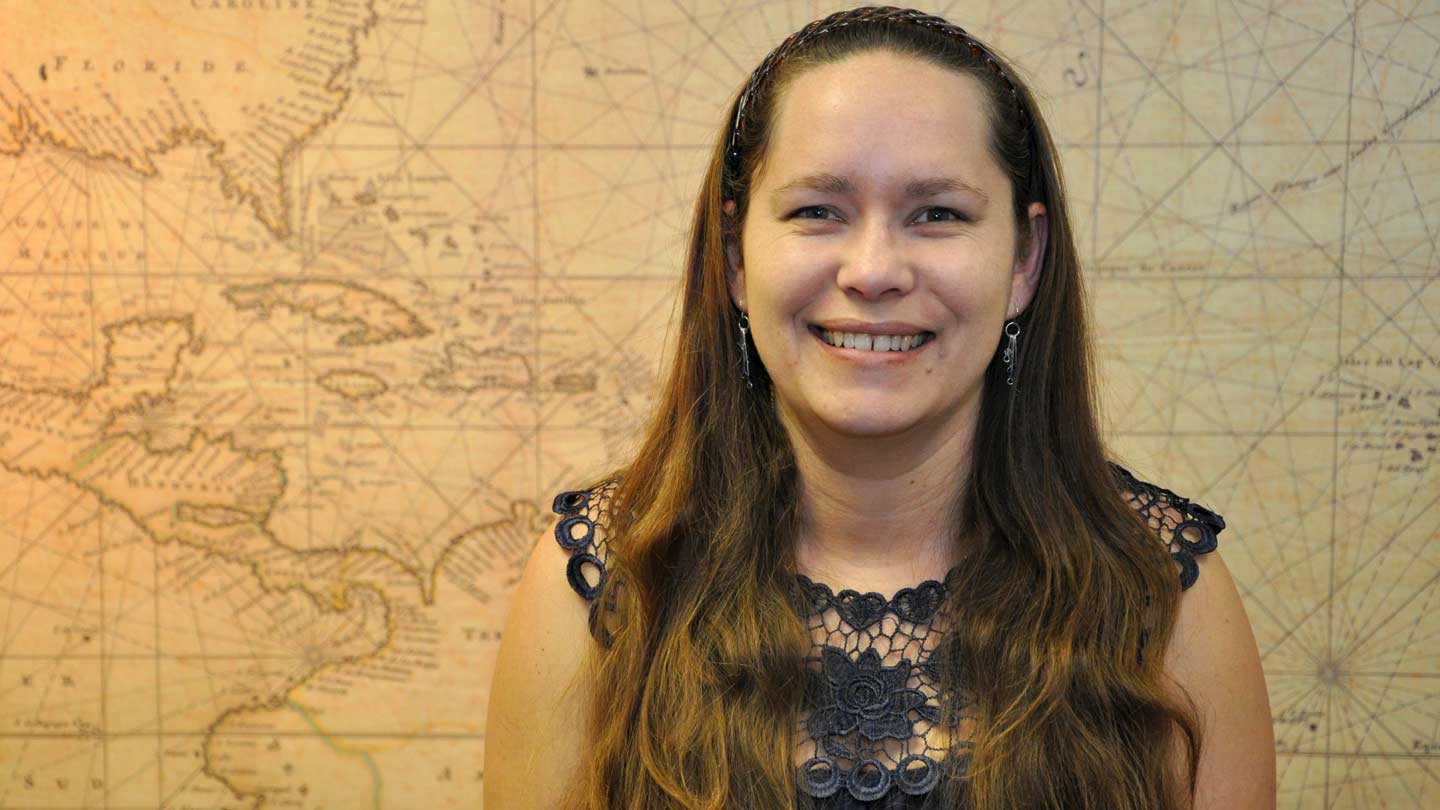 Retha Mecikalski, a doctoral student in atmospheric science at The University of Alabama in Huntsville (UAH), won the best student presentation award at the seventh Conference on the Meteorological Applications of Lightning Data during the recent 2015 American Meteorological Society annual meeting in Arizona.

Mecikalski's talk was about her work relating graupel - frozen water droplets that haven't grown to the size of hail - and anvil ice in a storm to lightning flash counts and flash sizes, which is preliminary work in a project attempting to estimate lightning flash sizes using storm properties that can be measured by radar and cloud models.

The flash size parameters Mecikalski is developing with radar would be used with cloud models to estimate the amount of nitrogen oxide (NOx) produced naturally by lightning.

The goal is to better understand how much NOx is produced by lightning each year, so air pollution regulators might have a better handle on that natural background amount. Using earlier estimates and models of NOx production, for instance, in an average year lightning over the seven-county Tennessee Valley region of north Alabama might produce somewhere between 900 and 6,000 tons of NOx.

Those earlier estimates and models, however, take into account only the number of lightning flashes.

"I'm saying you can't just go by a count, you also have to look at the size of each flash," says Mecikalski. "Our hypothesis is that size does matter, that larger flashes do produce larger amounts of NOx than smaller flashes."

Her work with UAH's Dr. Larry Carey uses data from both weather radar and the North Alabama Lightning Mapping Array, which maps the locations and flash lengths of lightning flashes within about 100 miles of north Alabama.

Also produced by burning fossil fuels, NOx is one of the building blocks in the chemical chain reaction that produces ozone. A greenhouse gas, ozone in the lower atmosphere is a serious air pollutant that also damages both animal and plant tissue.