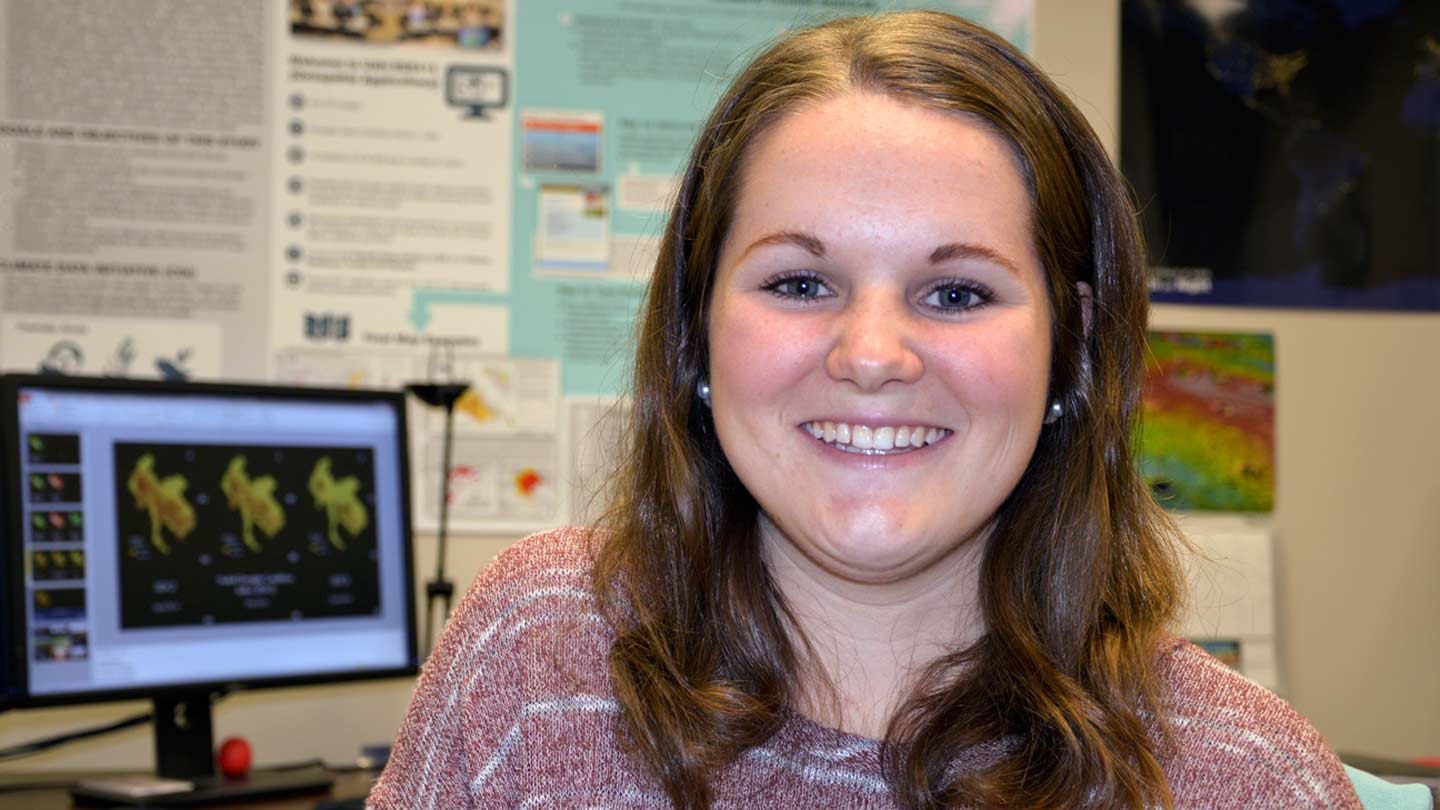 Allison Daniel says she isn't nervous about giving her talk – yet.

Mid-December is going to be a busy time for University of Alabama in Huntsville (UAH) Earth system science major Allison Daniel.

Right after graduation on Dec. 11, she has to hop on a flight to San Francisco to attend the winter meeting of the American Geophysical Union, which begins Dec. 12.

In addition to a poster presentation on her capstone undergraduate research project, Daniel will be one of five students from around the U.S. giving talks as winners of AGU's Data Visualization and Storytelling Competition. She says she isn't nervous about giving her talk – yet.

"Nerves?" she said. "Probably a lot at the time. Now, it's all excitement." 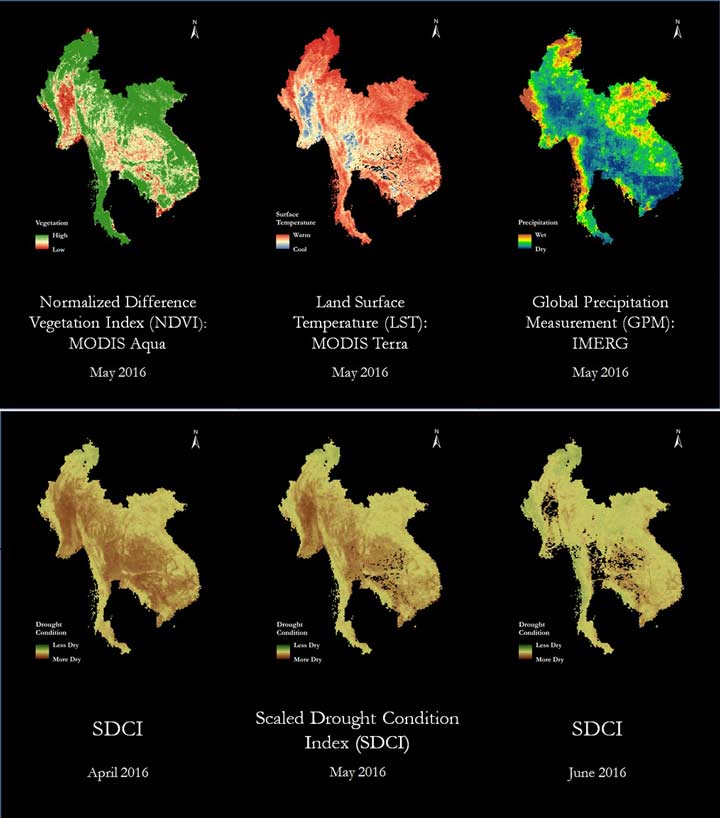 "I could identify this shape in my sleep," she said, looking at a map of dry areas identified by the program. "The Mekong River basin has wet and dry seasons, and we wanted to give our project partners something that would help them detect the onset of agricultural drought.

"This can help them predict and better identify areas that experience drought, as well as places to harvest surplus water in the wet season so they can use it when there's a deficit during the dry season.

"This was a NASA DEVELOP project I worked on this summer," Daniel said. "My team helped me pull together the data. I did a couple of tweaks and put it in a presentation. The main thing AGU wanted was to explain a story and why satellite data is useful in looking at these things and solving problems."

"But I knew I wanted to do something environmental, and the engineering degree wasn't getting me there," she said.

Since coming to UAH, Daniel has worked on research projects with several groups, including NASA's DEVELOP program. Her AGU project started as part of an award-winning NASA DEVELOP-SERVIR effort working with UAH's Dr. Robert Griffin and Dr. Maury Estes. NASA's Dr. Andrew Molthan helped her prepare for the AGU competition. She also works with Griffin and UAH's Dr. Sundar Christopher in the HD3 lab.

After graduation (and her AGU presentations), Daniel hopes to spend the spring in an internship, and then join a graduate program in environmental policy next fall.