Three engineering undergraduates are leaving behind a legacy for future students with their work on the design, construction and testing of a $2 million wind tunnel at The University of Alabama in Huntsville (UAH).

Daniel Corey, Andrew Miller and Benjamin Shea say the opportunity to work on UAH’s SuperSonic/TranSonic/WindTunnel offered to them by Dr. Phillip Ligrani, an eminent scholar in propulsion and a professor of mechanical and aerospace engineering, as well as the project’s principal investigator, has influenced their careers as students and will influence their work world careers, as well.

The tunnel is in the Air Breathing Test Cell at UAH’s Johnson Research Center and makes UAH one of an elite handful of universities nationwide with such capabilities. It has passed testing at a test bed speed of Mach 1.6 and is being outfitted to reach Mach 3. Test applications include supersonic engine intakes, scramjets and hybrid space vehicles and components.

"A lot of the time I’ll hear people from other schools I know talking about how they have a job at Wendy’s or McDonald’s or whatever, and I have a job on a supersonic wind tunnel. Here’s a picture of a shock wave I made last Tuesday. So that’s just really awesome," says Corey, a sophomore mechanical engineering major. "At the career fair this past fall, I was talking to various employers about maybe getting an internship next summer, and this obviously looks really good for any sort of engineering work because it’s relevant to my degree and to what I might be doing at their company."

A lot of the time I’ll hear people from other schools I know talking about how they have a job at Wendy’s or McDonald’s or whatever, and I have a job on a supersonic wind tunnel.

The experience has been very cool, says Miller.

"I’m really glad I got this opportunity because not a lot of people can say that they worked on a supersonic wind tunnel as an undergraduate," he says. "I think it’s going to contribute a lot to my future career and it’s really been a unique experience."

The quality of the project attracts Shea.

"The neat thing is it really gives me the opportunity to bring in what I’ve been learning through the engineering course work and apply it in the lab," he says. "It’s a different environment than the classroom and it’s an environment where the student is the one given the reins in terms of what to do and how to approach solving various problems and finding solutions to those problems, whereas Dr. Ligrani, the advisor, is there to offer that guidance and point us in the right direction.

"It’s neat in that way to be able to have some responsibility and know that you’re making decisions that are going to affect the long-term longevity of the project."

Dr. Ligrani’s thermodynamics class was the common starting point for the trio. Each either reached out to Dr. Ligrani or was contacted by him about the wind tunnel.

"It was just kind of starting out at the time. It sounded like the project was definitely interesting to me and that’s how I first got involved," Shea says. "I’ve been with the project since January now." 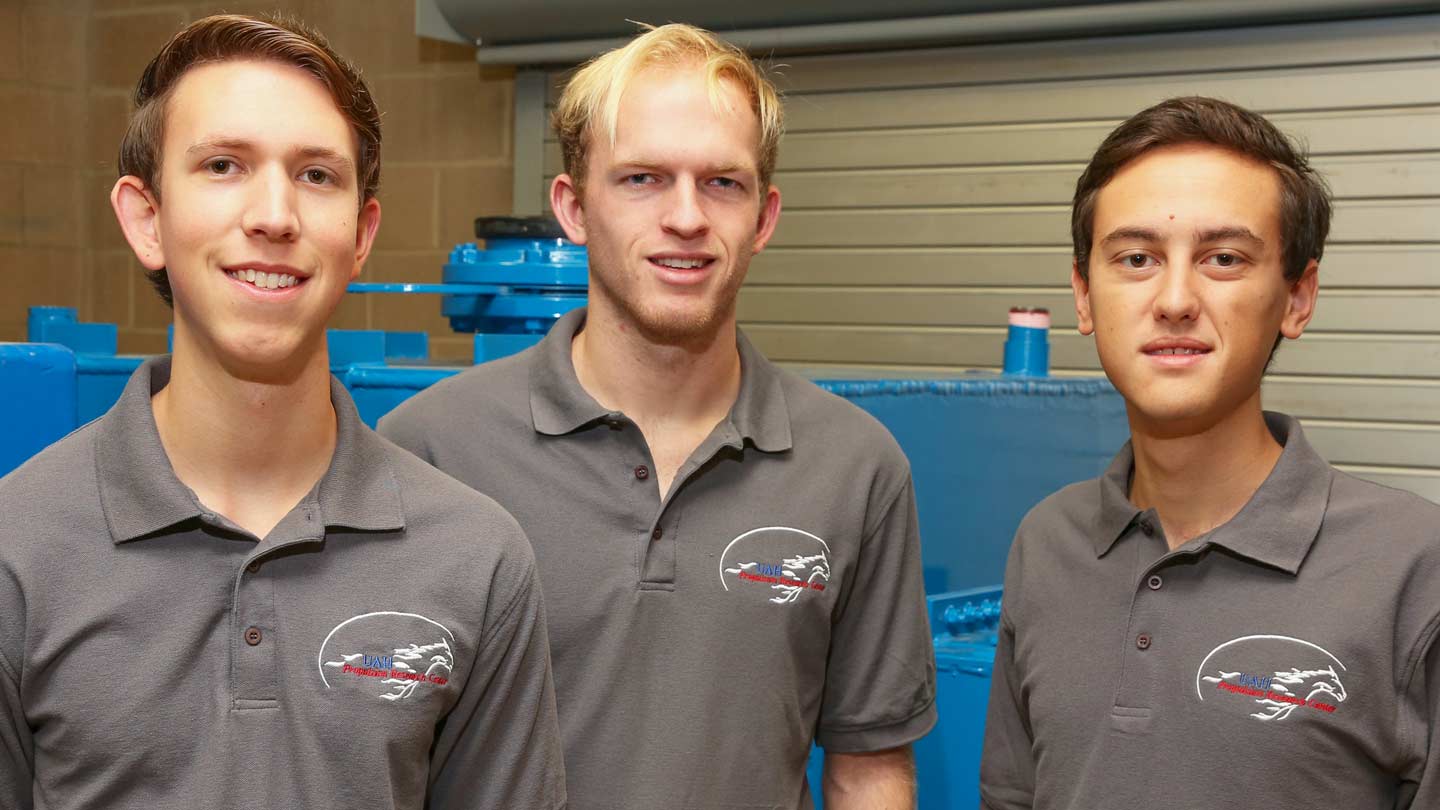 "Another characteristic that is valued is a creative mind and the ability to see beyond the technical ideas, and to consider the creative aspects to engineering and engineering research," he says. "Lastly, I seek students who are excited about the prospect of learning new things, doing research in new areas, and are fascinated by the prospect of doing something that they have never done before. I look for individuals who are excited by the prospect of generating new knowledge and obtaining new understanding in a particular subject area."

Overall, Dr. Ligrani says he seeks intelligent, and ambitious individuals who are excited about scientific and engineering research.

"Hopefully such interest gives an individual direction and motivation to strive for outstanding accomplishments," he says. "A key ingredient is trust in their mentor's ability to guide them. Also important is the creation of a supportive and nurturing environment for learning, and confidence by each individual that they will grow academically and intellectually as interactions continue."

Faculty reaching out to students interested in research is common at UAH, says Dave Cook, coordinator of student research programs for UAH's Office of Academic Affairs.

"Many faculty and research staff at UAH started their interest and activities in research as undergraduates. They had an opportunity to be mentored by one of their professors, who might have had a powerful impact on their life or career decision," Cook says. "They also know that given a deserved opportunity, a student can rise to levels they might themselves have never thought possible. So, I think our faculty and researchers have a generous spirit of giving back, and of nurturing the next generation of great minds."

The undergraduate members of the larger wind tunnel team all have contributed to its design, construction and operation in their areas of expertise.

"Daniel is really good with electronics, wiring and circuitry and he helped put our control panel together," Shea says. "Myself, I’ve been looking into writing an Honors thesis this fall, and so I tend to be on the research side if you look at it that way, as far as looking at papers and such regarding the data that we’re going to collect. Andrew has been helping out with the Schlieren system, our visualization of the flow. Other than that, there are odd jobs that come up all around when we’re working in the lab that we all contribute to."

Corey has primarily focused on the electronics and wiring of the pressure control instrumentation.

"We have all this air coming in from the tank, and all of that has to be regulated by a valve that’s adjusting its position, so as air drains from the tank it lets more air through, so you maintain a constant pressure upstream of the test section so you have steady conditions within the test section," Corey says. "And then also, on the test section itself, we have a bunch of pressure sensors – they’re called pressure transducers – that are measuring the air pressure at various points, and from that we can calculate how fast the air is moving and see what else is going in the test section. We use that in conjunction with the Schlieren system, which is a little more qualitative, to see what’s going on and measure things."

The Schlieren photography system allows researchers to see what is happening with airflow inside the test chamber.

"What that does is refracts the light through the pressure gradient so more dense air becomes darker, so we can see the shock wave and visualize the flow through the test section," says Miller. "I’ve been doing a lot of work over the summer with our Schlieren system and I’ve been doing a lot of odd jobs recently. There’s been a lot of design work in the past month or so, and we’ve all been contributing to that."

It has taken the talents of the entire team to get the wind tunnel designed, constructed and tested so far. And there is still more to come, as the team scales up to Mach 3 by plumbing together four 14-foot-long former rocket fuel tanks donated by the U.S. Air Force's Arnold Engineering Development Center in Manchester, Tenn. and a new compressor. Along with a fifth tank, the system will provide 50 cubic meters of compressed air storage at supply pressures up to 2,500 pounds per square inch.

"One thing I’ve learned is that definitely when it comes to an environment like this – working in the lab – a team effort is really something that’s critical to doing a job well done, just because there’s so many different factors that come into play with a project like this," Shea says.

"There’s a lot of heavy machinery, these plenums weigh tons or upwards of multiple thousands of pounds and so it’s not like you’re going to be moving any of this stuff by yourself," he says. "The team environment is very important also when it comes to back-checking on various research that we’re doing to improve and better the current system setup."