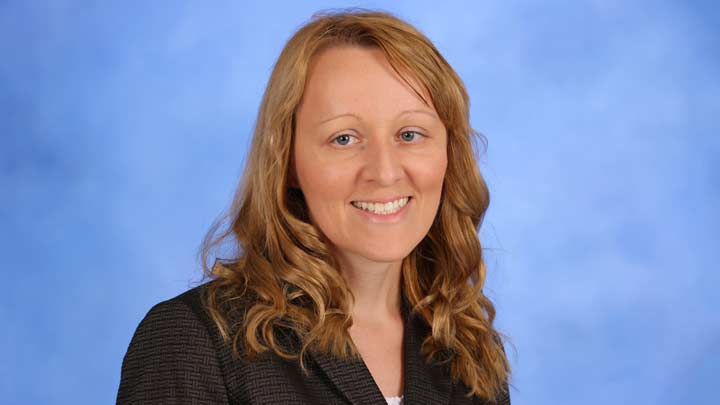 There are four generations in the workforce today. Multigenerational teams could be an asset to companies, according to Dr. Pavica Sheldon, Professor and Department Chairperson of Communication Arts at UAH.

When it comes to diversity in the workplace, "a lot has changed," said Dr. Pavica Sheldon, Professor and Department Chairperson of Communication Arts at The University of Alabama in Huntsville (UAH).

"Diversity has changed not only with technologies but with world events," she said. "Younger workers grew up witnessing a lot of social movements (Black Lives Matter, Occupy Wall Street) and events post - 9/11."

"There are currently four generations working together: Baby Boomers (1946-1964), Gen’Xers (1965-1980), Gen’Yers (Millennials, 1980-1996), and Gen’Zers (1996-current)," Sheldon said. "All these generations have different work preferences and skills, especially when it comes to technology. Gen’Yers make up the largest percentage (35 percent) of the workforce today, and Gen’Xers follow," she added.

In addition to the four generations in today’s workforce, Sheldon said, we also have "digital natives" and "digital immigrants" to consider.

"Digital natives (younger Millennials and Gen’Zers or Zappers) are shaped by technology from birth. Technology influences how they communicate. They value speed over accuracy, and digital natives multitask, spending more time on online social networks compared to digital immigrants. Although criticized for shorter attention spans and lack of focus, digital natives are very creative. For instance, they can build apps and games without coding," she said.

Sheldon said competition for jobs between older and younger workers is a real issue.

"Many factors are keeping older Americans working today including jobs and retirement funds lost during the financial crisis of 2007-2009, plus many Baby Boomers for now being forced to raise grandchildren because of the opioid crisis. All these reasons and more are causing many older workers to delay retirement," said Sheldon.

She went on to say that there are many pros and cons for employers to seriously consider when it comes to hiring the best person for the job. "Mature workers can be good mentors. Younger workers, especially Millennials expect a lot of feedback. They were raised by helicopter parents and therefore need contact, praise and reassurances. Older workers can help by providing supervision and mentoring."

While Baby Boomers are more experienced, disciplined and loyal, Sheldon admitted that employers do have other issues to consider when hiring older workers such as can they keep up in a tech-savvy world, and there are healthcare and wellness concerns, too.

She said when it comes to young adult workers some are more technically inclined than others. "Millennials are true techies. In fact, Gen’Xers are not as tech-savvy as Millennials or even Gen’Zers. Zappers are what we calltech innate," she said. "Unlike Millennials who communicate by texting, Zappers communicate better with images."

According to Sheldon research from 2008 showed that younger generations perceive social pressure from superiors more acutely than do older generations. "Younger workers have greater respect for hierarchy and authority in the workplace than older workers. Because they grew up with social media, they are used to some kind of approval… for instance ‘likes’ on social media.

"Recent research shows that younger workers expect to get more feedback, which is a good thing as they strive to perform better. The communication style of younger workers is more direct; they expect honest and open discussion. I see this in the classroom as well," Sheldon said.

When it comes to hiring young people employers have cause for concern as well. Particularly challenging in the employment world now is ghosting.

"Millennials, and younger workers are literally walking off the job without giving notice. Some job applicants go as far as ghosting prospective employers by not showing up for interviews," said Sheldon.

Documented in generational research, two other traits impatience and short attention spans caused problems for young adults on the job too, according to Sheldon.

"Young people are used to instant gratification because of technology, and they expect the same in the workplace. Millennials and other young workers are more likely to quit their job if they feel dissatisfied or emotionally exhausted," she said. "Their communication style is different but I do not think we necessarily have to look at it as negative behavior."

Sheldon said soon generational differences in the workplace will be obsolete — the larger job threat will be advances in robots and automation.

According to a recent McKinsey & Company report by 2030, as many as 800 million workers worldwide could be replaced at work by robots and artificial intelligence. Last fall, according to an Interesting Engineering.com article, Giant Food Stores introduced "Marty" robotic assistants to customers in 17 Pennsylvania stores. Tall and gray with big googly eyes (could pass for Gumby’s cousin), Marty uses technology to check expiration dates, report spills, debris, and other hazards to store employees to improve the customer shopping experience. The grocery chain has announced plans to place Martys in all 172 stores. The article noted too, that Wal-Mart is also introducing robots to its stores.

Sheldon said for now a multigenerational team could be an asset to a company as each generation brings their own strengths and skills. "Research shows there are more similarities than differences among generational cohorts. The key is to ‘value’ generational differences."