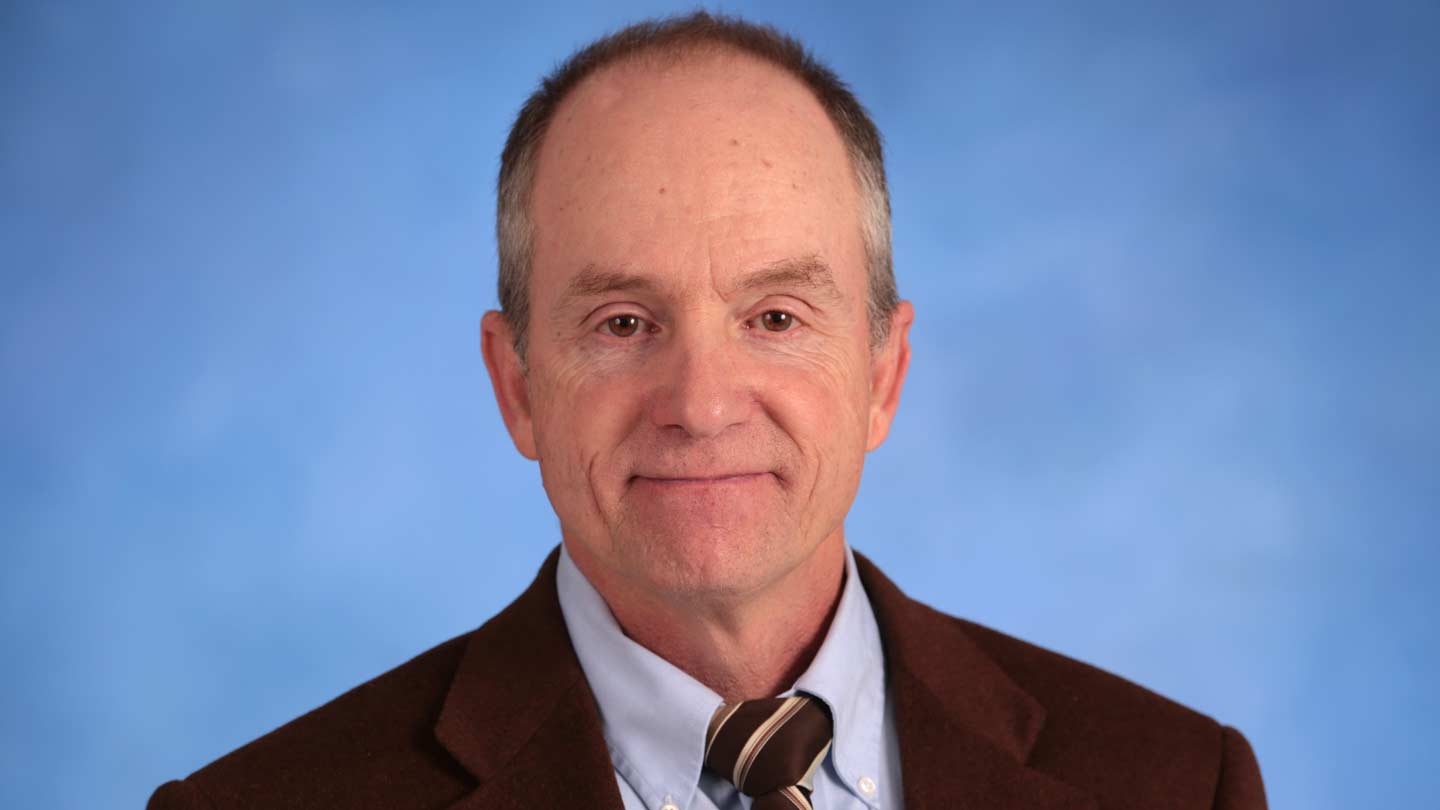 Clarke Rountree, Chair and Professor of Communication Arts at UAH.

Clarke Rountree, Chair and Professor of Communication Arts at The University of Alabama in Huntsville (UAH) recently returned from sabbatical. While on leave, he worked on two books: Reversing Course: Overruling in the Supreme Court and an edited book (co-written with a Finnish scholar) on Syrian refugee crisis rhetoric.

"Reversing Course examines the awkward rhetorical situation where the Supreme Court of the United States (SCOTUS) overrules a decision it made before," Dr. Clarke Rountree explained. "They (SCOTUS) rely on the claim that legal reasoning is determining their decisions; overrulings suggest they are fallible and perhaps legal reasoning isn't a strong limitation on decision making."

Rountree began the project in 1990, then got "pulled away" on other projects. "It was a time when conservatives were urging George H. W. Bush to appoint Supreme Court justices who would overturn Roe v. Wade, the abortion rights decision. That made me wonder how you justify reversing what you've decided before. Five books later, I'm finally getting back to it. With my sabbatical I was able to write about half the book. I'll continue working on it and hope to finish in a year or so."

Rountree said the research was daunting and extensive. He combined lists of those who had identified overrulings with his research, and identified 239 overruling cases which have overturned over 300 prior decisions (one overruling reversed six prior decisions). "I've reviewed all those cases, as well as 150 scholarly sources that range from William Blackstone's 18th century work on the common law, to a 2016 article on Chief Justice John Roberts' Court."

Overruling in The Supreme Court will be submitted to Rountree's book series, Rhetoric, Law & the Humanities, with The University of Alabama Press. Although Rountree is the editor of the book series, his submissions must be independently reviewed for acceptance. "I don't get a free pass. If I stay on track and get it accepted, the book probably will come out in 2018."

The idea for Rountree and Dr. Jouni Tilli, of The University of Jyväskylä (Finland) to publish a book about Syrian refugee crisis rhetoric occurred last fall, when the UAH Department of Communication Arts hosted Tilli, then a post-doctoral research student.

"Before Tilli left, I suggested that he and I might work on a project together," Rountree said. "The Syrian refugee crisis (which also has Iraqis and Afghans fleeing their own wars) is the largest refugee crisis since World War II. It is tearing the European Union apart. It is affecting millions of people, who risk their lives to make it to safe havens in Europe. It is causing havoc in front-line countries and leading to fear-mongering in others.

"We're going to look at the discourse of national leaders--prime ministers, presidents, prominent leaders in legislatures, etc. - to see how they construct the crisis and explain their country's role in addressing it," Rountree said. "Some, U.S. politicians may suggest that Syrians are dangerous because they might include terrorists; for others, they are victims in need of help.

"This is one of the first comparative studies of national rhetorics of any kind - to my knowledge, and certainly on immigration," Rountree noted. "We have recruited scholars who study Greece, France, Germany, Turkey, Finland, the United States, and five other countries. Most are European scholars who work in the U.S. or in Europe, so they know the countries well. We want to contribute to a cross-cultural understanding of rhetorical norms," Rountree added. "We also want to understand the discourse surrounding this critical international issue. We have submitted a book proposal to a respected academic press."

Rountree's sabbatical wasn't all research and writing. A scholar and keen observer of political rhetoric, Rountree took time recently to pinpoint the top five things at stake in the upcoming Presidential election:

The November election will be epic. But, Republicans and Democrats, according to Rountree are dealing with a rather unusual situation - both presumptive nominees are suffering from high negatives for different reasons. "Trump because of his 'polarizing' speech, and Clinton due to her 'trustworthiness' issues.

"The election is Clinton's to lose," said Rountree. "She is very intelligent, and a skillful politician. On the other hand, Trump's combative style and vagueness on policies have not hurt him yet, given his appeal as a change-agent in a time when many Americans desperately want Washington to take a new direction. Now that the general election is approaching, the contrast between Clinton and Trump should prove stark-old guard versus new, progressive versus moderate conservative, and, historically, woman versus man."