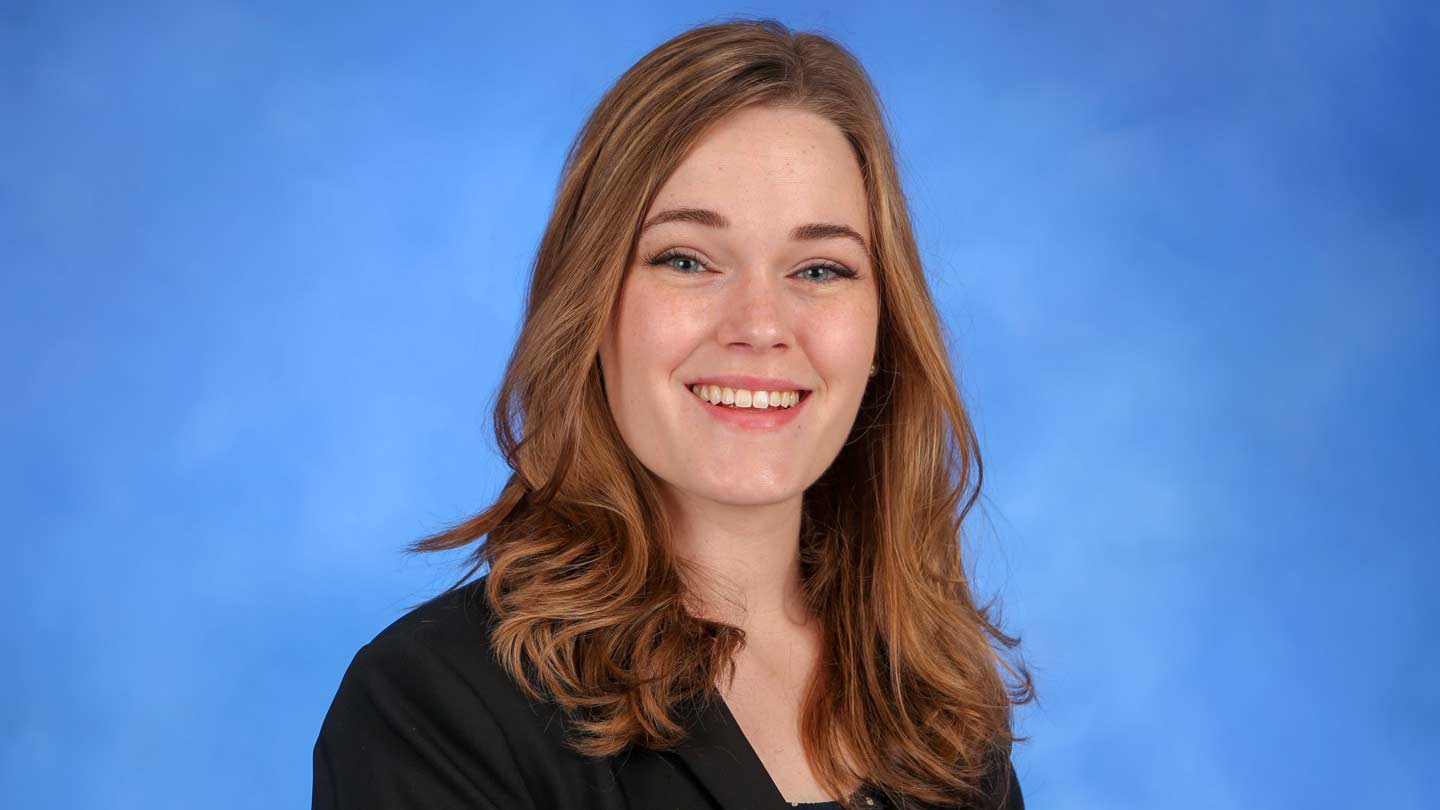 Hannah Delp, a senior majoring in communication arts and minoring in public history, spent the summer conducting oral history interviews in the historic town of Mooresville, Ala.

With Alabama just a few years from its 200th anniversary as a state, the Alabama Bicentennial Commission (ABC) is laying the groundwork for a celebration worthy of such a momentous milestone. And helping in that effort is Hannah Delp, a senior communication arts major and public history minor at The University of Alabama in Huntsville (UAH).

For the last few months, she has been interviewing residents of Mooresville, Ala., for an oral history project to document the town's journey from its founding in 1818 to the present day. "We're hoping to show that this is a history that people have lived, passing down these stories from generation to generation," she says. "It's not just some dusty archive in a library."

Delp initially learned about the opportunity from Dr. John Kvach, an associate history professor who serves as the director for UAH's Center for Public History and is himself a member of the ABC. Last fall, he proposed it as a research project for UAH's Research & Creative Experiences for Undergraduates program, suggesting that Mooresville could serve as a template for other small towns across the state.

It’s just such a wonderful experience to slow down and listen to people tell their life stories.

"They agreed to be the test case as far as determining the best approach to identifying, collecting, and preserving the oral traditions of its residents," says Dr. Kvach, explaining that Mooresville's founding predates the state's by one year. "What we learn from this on the small scale will ensure that the ABC has an effective statewide plan in place for Alabama's bicentennial celebration in 2019."

Delp then applied to and was accepted to work on the project, with Dr. Kvach serving as a mentor. "We were trying to show how someone with some training but no experience could go in and conduct oral history interviews in a small town," she says. "So he helped me at first but then stepped back and let me take control, which I appreciated. I got to figure out problems on my own and that was a great learning experience for me."

Just as valuable to Delp was the on-site assistance provided by Nikki Sprader, Mooresville's representative on the ABC's Local Activities Committee. "Nikki gave me a preliminary list of people who would be good to interview and then helped make the connections to allow me to go into their homes," says Delp. "She also gave me background information on each of them to help me prepare."

But what began with a well-ordered list of questions soon gave way to a more conversational approach, as Delp became more comfortable with her subjects and vice versa. "That's not necessarily oral history protocol - you're just supposed to sit there and not make any comments," she says. "But I found the interviewees were being less responsive to me when I wasn't responding to them. So I had to break the rules a little bit!"

The Voices of Mooresville, Alabama: An Oral History Project

Those conversations, in turn, often led to unexpected stories, ones she would never have discovered had she only asked her prepared questions. "It's a nice thing to fall back on and use as a reminder, but you don't want to stick too much to what you thought was the purpose of the interview," she says. "You want to listen a little more, to pursue those different avenues even if it's off topic."

Of course it helped a lot that the town's residents were happy to share their memories and experiences, with almost all taking part in Delp's two "public scan days" to collect and scan photos and news articles. "They loved the idea of exploring their origins as a town and how they've grown and changed," she says. "They'd say, 'Come on over to my house and we'll talk!' It was Southern hospitality at its finest."

Indeed so successful was her endeavor over the summer that Delp was asked by Mooresville's mayor to stay on and continue her work into the new year. "It's an incredible opportunity," she says - and one she plans to pursue. "I don't know where the project will take me but it's already improved my soft skills. Nothing helps you communicate better than watching yourself interview someone on camera over and over again!"

In the meantime, she has already traveled to Montgomery to present her experiences to the ABC so that they can begin expanding the project to other small towns. "I reported on what I did as well as the budget I had to work with," she says. One thing Delp didn't share? Which interview she liked best. "I can't say! Each one was really fascinating in its own way," she says. "It's just such a wonderful experience to slow down and listen to people tell their life stories."