UAH lecturer who works for NASA is Engineer of the Year 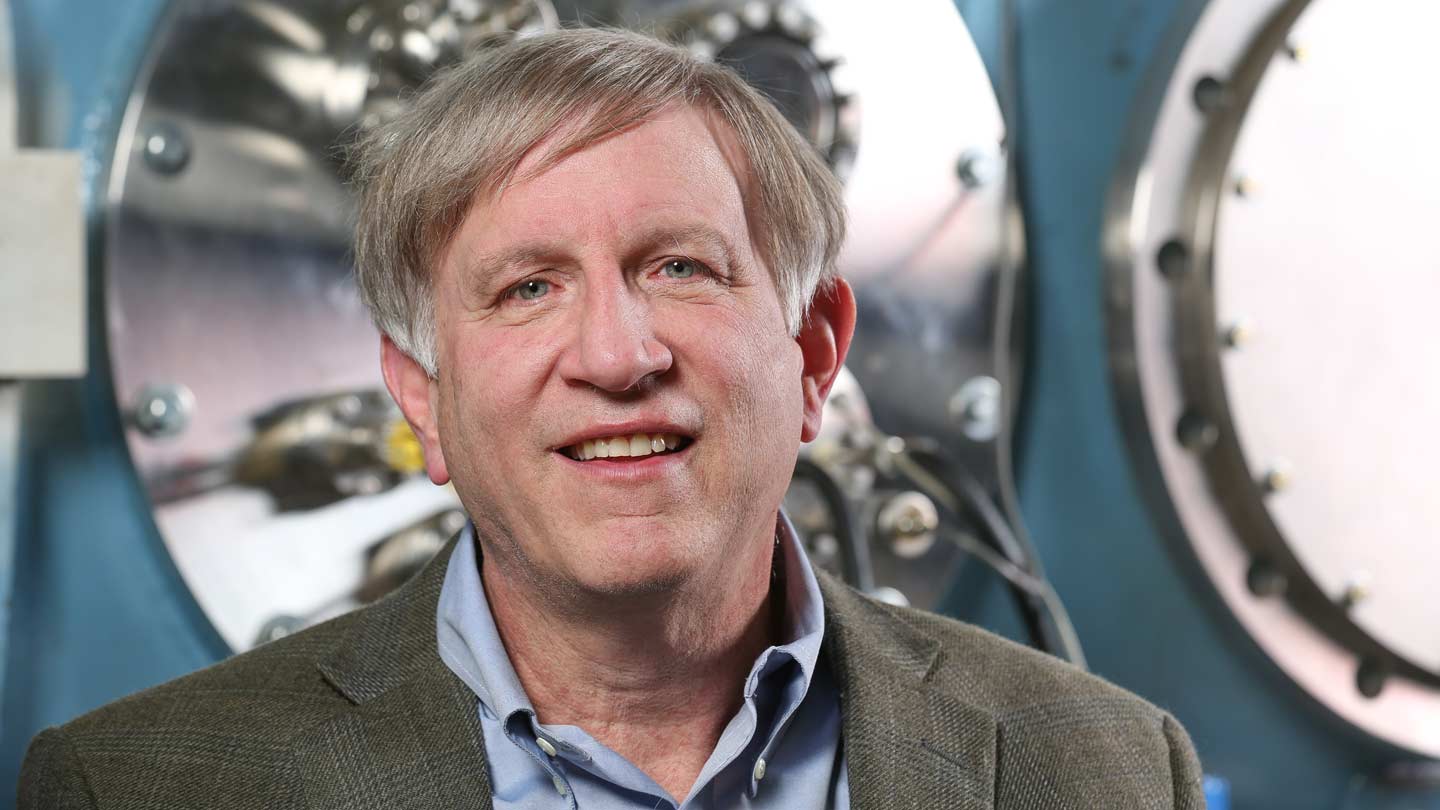 Michael Mercier | UAH
The American Institute of Aeronautics and Astronautics (AIAA) has selected a part-time lecturer at The University of Alabama in Huntsville (UAH) who is a NASA engineer as its 2015 Engineer of the Year for his work in Nuclear Thermal Rocket (NTR) propulsion.

Dr. William J. Emrich, who works at NASA's George C. Marshall Space Flight Center (MSFC) and teaches fission propulsion for the Mechanical and Aerospace Engineering Dept. at UAH, will receive the award at the AIAA Propulsion and Energy Forum and Exposition July 27-29 in Orlando, Fla.

The AIAA Engineer of the Year Award is presented to a member of AIAA who, as a practicing engineer, has made a recent, individual contribution in the application of scientific and mathematical principles leading to a significant technical accomplishment.

In August 2014, Dr. Emrich's nomination process began when he was asked by the local AIAA committee to submit information on his work. His nomination went through several qualifying rounds before being selected.

"I was notified by phone that I had won," Dr. Emrich says. "I really feel humbled that I was selected. So many people have helped me along the way with ideas, financial support, great management, etc. They all made it possible. I couldn't have done it by myself for sure.

I have long felt that to truly open the solar system to human exploration some type of nuclear engine will be an absolute necessity.

"I just feel very fortunate to have had the privilege of being able to work with such a great group of people on such a wonderful and challenging project," he says. "To work on advancing rocket engines like these has been my dream since I was a little kid. I can still hardly believe that I actually get to do it."

At MSFC, Dr. Emrich is the project manager and lead investigator for the megawatt-class Nuclear Thermal Rocket Element Environment Simulator (NTREES). He's receiving the award for his work conceiving, designing and bringing it to operational status.

Nuclear Thermal Rockets (NTR) have been proposed for vehicles traveling to Mars and other destinations in the solar system. These engines are capable of providing high thrust at efficiencies at least twice that of today's best chemical engines. NTREES creates an environment that simultaneously mimics the power, flow and temperature conditions that a nuclear fuel element would expect to encounter during operation in an extremely hot, hostile environment.

NTREES is the only facility in the world where NTR fuel elements can be subjected to that kind of realistic, harsh thermal fluid environment expected during space flight. The NTREES system is a non-nuclear simulator. While it can reproduce most of the thermal fluid effects occurring within a NTR, it does not reproduce the nuclear radiation damage that the fuel would encounter. By using non-fissionable isotopes of the elements comprising the nuclear fuel being evaluated, the cost of testing can be reduced considerably while still obtaining comparable test results. 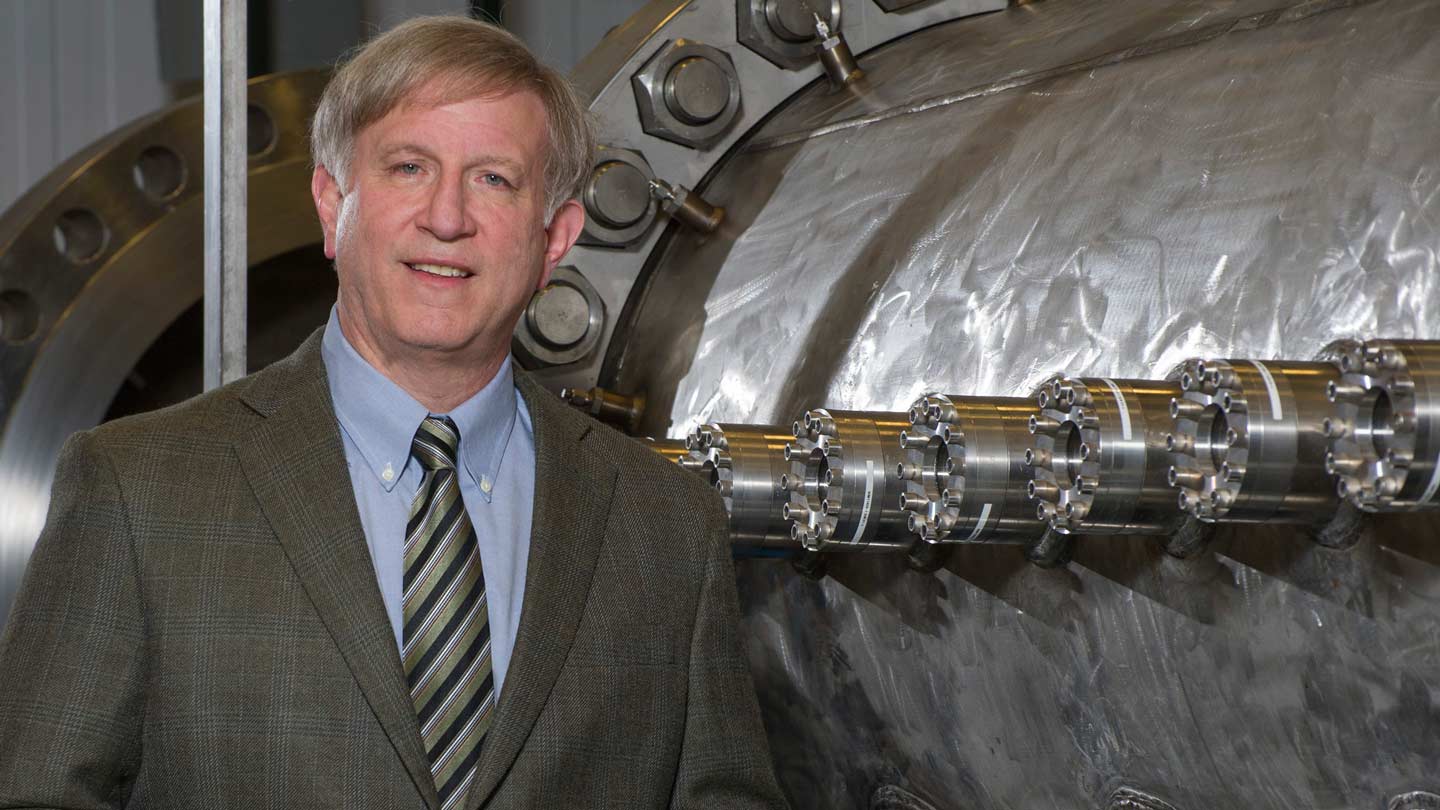 "I have long felt that to truly open the solar system to human exploration some type of nuclear engine will be an absolute necessity," Dr. Emrich says. "However, I have also worried that there are not enough up-and-coming engineers in the pipeline to support this kind of endeavor. For example, when I first came to work at Marshall in 1987, I was the only nuclear engineer at the center, and I really felt that I was a 'voice crying in the wilderness' on the advantages of nuclear propulsion."

In order to help train young engineers to make significant contributions to the nuclear propulsion field, Dr. Emrich petitioned UAH to support the teaching of a course on nuclear rocket propulsion within the MAE Dept.

"The petition was finally accepted, and as an adjunct instructor, I taught the first nuclear rocket propulsion course in 2006," he says. "Also, since there was no textbook on the subject available, I set about writing one, which is now in the process of getting published. My class uses a draft copy of the book. The class has gotten more popular as time has gone on, and I now teach the course every other spring semester."

For his doctoral dissertation, Dr. Emrich built and operated a proof of principle fusion propulsion device.

"The device seemed to show that a mirror fusion rocket propulsion system was possible although it would likely be unmanageably huge," Dr. Emrich says. "Fusion is the ultimate propulsion system, but such an engine is, no doubt, many decades from being built and many hurdles remain to be overcome."

Nuclear rockets are generally envisioned for use in space as interplanetary transfer engines, says Dr. Emrich. The United States had a fairly large nuclear rocket program in the 1960s and 1970s called the Nuclear Engine for Rocket Vehicle Applications (NERVA).

"It was designed to go to the moon if needed for the Saturn program and eventually to Mars," says Dr. Emrich. "Nuclear propulsion was practical then and it is practical now."