UAH lecturer brings experience and a unique perspective as a filmmaker 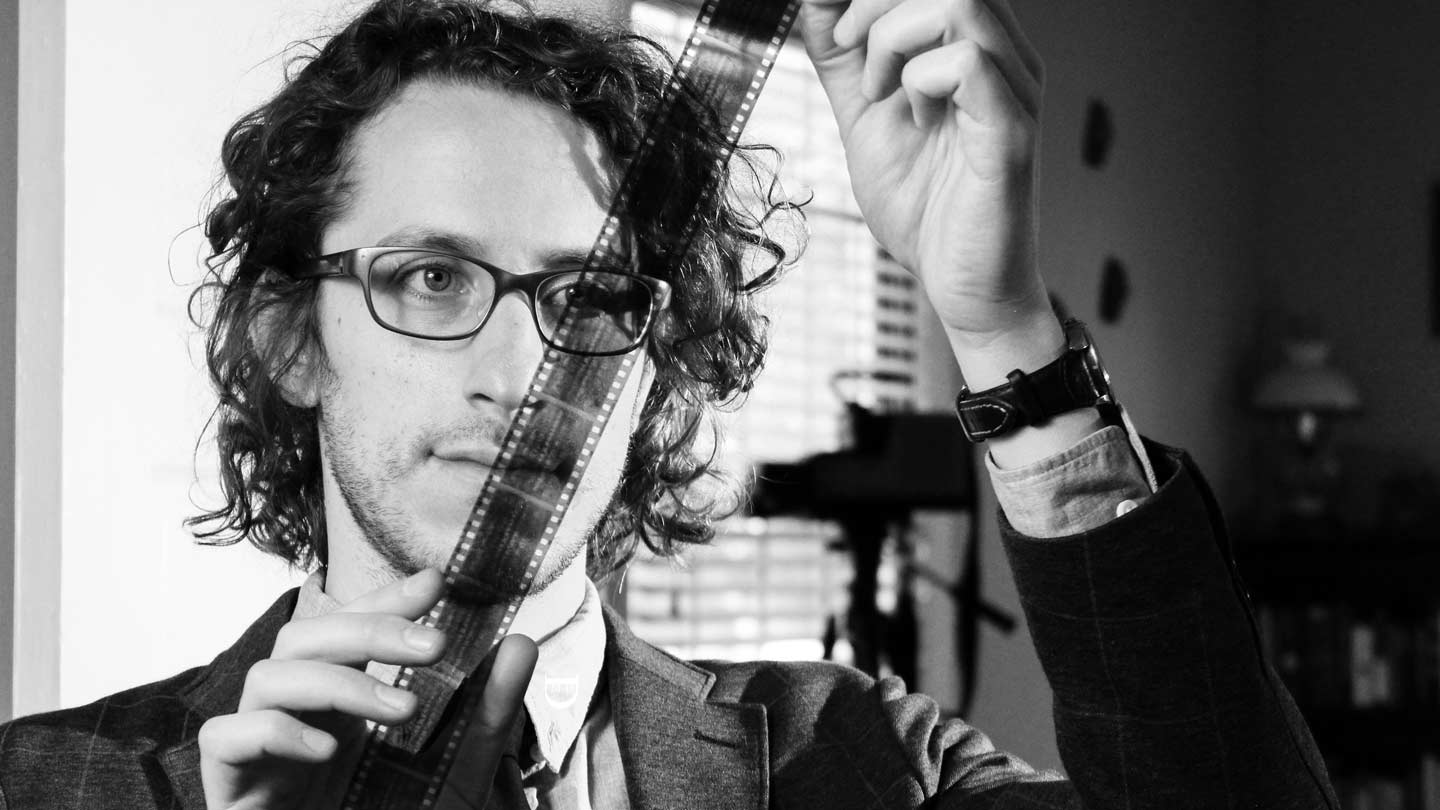 For the fall semester, filmmaker David Goodman is teaching courses on video production and the history of American cinema for UAH’s Communication Arts Department.

Like the two friends inspired to make parodies of classic movies in "Me, Earl, and the Dying Girl," David Goodman found himself fascinated by the power of film at a young age. "In my teenage years, I got really interested in surrealism," says the lecturer and videographer at The University of Alabama in Huntsville (UAH). "I started making short, surreal pieces with my friends and then screening them for the group. I found it was a nice way to get together with people and create something."

Goodman's passion led him to the Big Apple, where he earned a bachelor's degree in film, television, and radio from New York University. Not surprisingly, he says, "I decided to pursue a career in film production, working for various production companies based in the city." To supplement his income, he also began teaching film classes at Manhattan's Downtown Community Television Center, located in the heart of Chinatown - a decision that would ultimately convince him that academia, rather than industry, offered a much more welcoming environment in which to produce films of his own.

To gain the experience he would need for this new career path, Goodman headed down to the University of Memphis to teach classes while pursuing a master's degree in communication. He then built on that foundation by getting a Master of Fine Arts in documentary production and studies from the University of North Texas. As a graduate student and teaching fellow in their Department of Media Arts, he ended up making three films. "I made a documentary about an animal educator named 'Critterman,' and I produced two documentaries about the belief systems of paranormal communities who search for Bigfoot and ghosts," he says, adding that the latter two are currently playing in film festivals around the U.S.

The classes are really about introducing students to video as a language by using cameras, lighting, sound, editing, writing, and theory.

It was while in Texas that Goodman also learned about efforts by UAH's Communication Arts Department to branch out into film studies by hiring a lecturer in the field. He applied and was accepted, becoming a full-time faculty member in January 2016 and teaching both video production and advanced video production for the spring semester. "The classes are really about introducing students to video as a language by using cameras, lighting, sound, editing, writing, and theory," he says. "Many come in without any experience using cameras apart from a camera phone, so this is a way for students to understand video production and the formal techniques behind it."

Students in both classes were tasked with a variety of projects, including planning out a documentary that they had to film and screen by the semester's end. "They were really creative and came up with some great concepts," says Goodman. "One student was inspired by my Bigfoot documentary, 'Community Cryptid,' so she made a mockumentary on the chupacabra with her dog playing the part. Another project was about a student's experience in her karate class, which had a neat transitional device of the different colored belts being tied as the student progressed through the program."

This fall, Goodman is again teaching video production, but he has also added a new course on the history of American cinema. "It's a mix of film appreciation and an analysis of how films reflect the larger culture during the time they were made," he says. "For the most part, we're not going to be watching entire films, but we will be watching clips of classics and independent films that will bring in different voices and present a more diverse portrait of American cinema."

Next semester, he plans to introduce a course on media writing, which he says will give students experience in nonverbal storytelling, commercial and PSA writing, narrative screenplays, and documentary treatments." In the meantime, however, he is hard at work on his independent film projects. These include screenwriting for Texas-based production company Datalus and contributing to the highly regarded video-production blog PremiumBeat. He also just lensed a feature film titled "Last Summer," which is available on Netflix Instant, and completed a short documentary portrait about an outsider artist's intricately decorated room. "It's titled 'Art's Room,' and it's currently being submitted to film festivals," he says.

Though Goodman may not have been able to foresee a future in academia as a teenager filming surreal shorts with his friends, the classroom has proven to be the ideal setting for pursuing his passion. "I love teaching - it keeps me excited and informed," he says. "I feel like I'm always in touch with why film matters, because when you're teaching something you love, you have to constantly evaluate why you love it. And seeing that in other people helps keep me from becoming jaded or forgetting that it's a really powerful and moving medium."