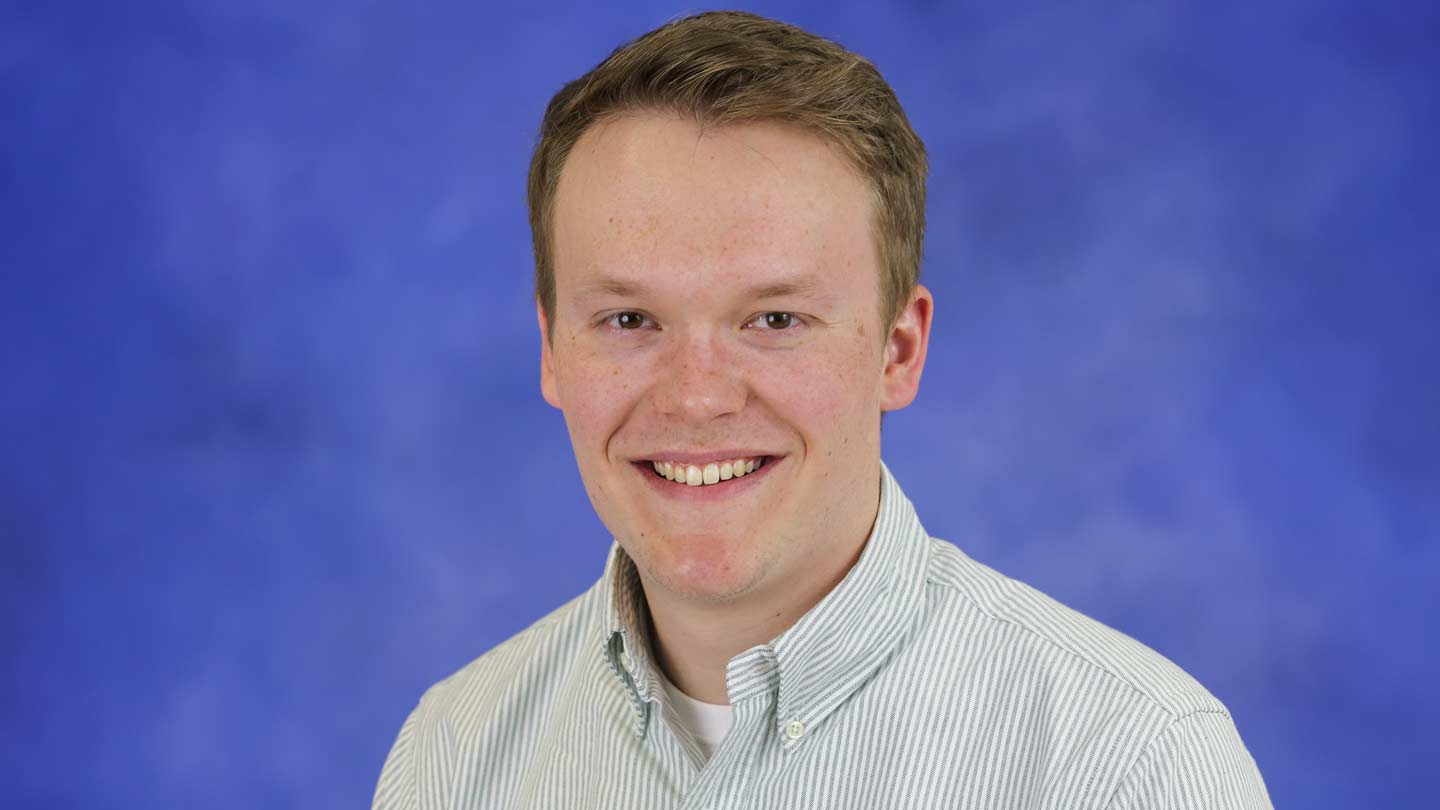 History students at The University of Alabama in Huntsville (UAH) are making quite a name for themselves at the annual Phi Alpha Theta (PAT) Alabama Regional Meeting. In three of the last four years, they have won an award for the best undergraduate paper. The one year they didn't - last year - was because UAH was hosting and its students were not eligible.

"The Department of History has inquisitive, hard-working students who push one another, and their teachers, to learn more," says Dr. Stephen Waring, professor of 20th century history and chair of the department. "We believe that students learn best when they do lots of reading and writing and then share diverse ideas during class. The success of our students shows the value of that humanistic approach to learning."

The most recent UAH student to win the best undergraduate paper award is Hayden Herfurth, a senior history major who hails from Huntsville. The topic of his presentation? "Propaganda, Politicians, and the Press: Opinions on Stalin's First Collectivization Policy," which examines the various ways Stalin's policies during the 1920s and 30s were depicted by the Soviet propaganda machine as well as notable politicians and the news media the West.

"I like looking at how people presented the things that were happening then, looking at why they presented them the way they did or talked about things going on in a certain way," says Herfurth, who graduates next month. "And the Stalinist era is fascinating to me. He was such a horrible person who did horrible things - millions of Ukrainians and Russians starved to death and millions more were sent to die in the gulags - and the West knew about them but didn't take action."

In fact, he continues, "the Western press was bipolar about it. Some were against what Stalin was doing, but others said that they were lying about the starvation and violence." He believes many of these opinions were influenced by either personal motivations or professional ambitions. "When you look at history and the people talking about history," he says, "you have to understand why they were doing what they did."

Because Herfurth doesn't speak Russian, he relied primarily on primary sources written in English and visual representations like propaganda posters. "I looked at a lot of Western sources like newspaper articles published in British newspapers and what journalists were saying at the time," he says. "I also focused on personal correspondence between politicians, memoirs, and opinion pieces as well as secondary sources that I found at the library."

Indeed, Herfurth uncovered so much information on the subject that it was difficult for him to keep his presentation within the 20-minute time frame he was allotted at the PAT meeting in Mobile, Ala., last month. "The paper I submitted for consideration was 23 pages, and to present it I had 10 pages of speaking notes," he says. "I probably had enough for another 10 to 15 pages, but by that point I was so done with it!"

He also figured he didn't have much of shot, particularly given the "excellent papers" written by his fellow UAH history majors in the global history category. These included Jacob Nelson, who spoke about the caning of Senator Charles Sumner by Representative Preston Brooks in 1856; Matthew Johnson, who spoke about the fallout from U.S. nuclear testing in the South Pacific; and Andrew Sheppard, who spoke about women who served in the Russian military during World War II.

"I was not expecting to win at all," he says. "So after the judges called out the title of my paper, I really didn't comprehend. I was just sitting there, shocked!" Since then, Herfurth has received his prize, Sheila Fitzpatrick's book On Stalin's Team. But while he hasn't yet had time to read it, there's no doubt it will be put to good use as he takes the next step of his academic journey. "I have been accepted to UAH's master's program in history with a teacher certification," he says. "One day I hope to become a professor."