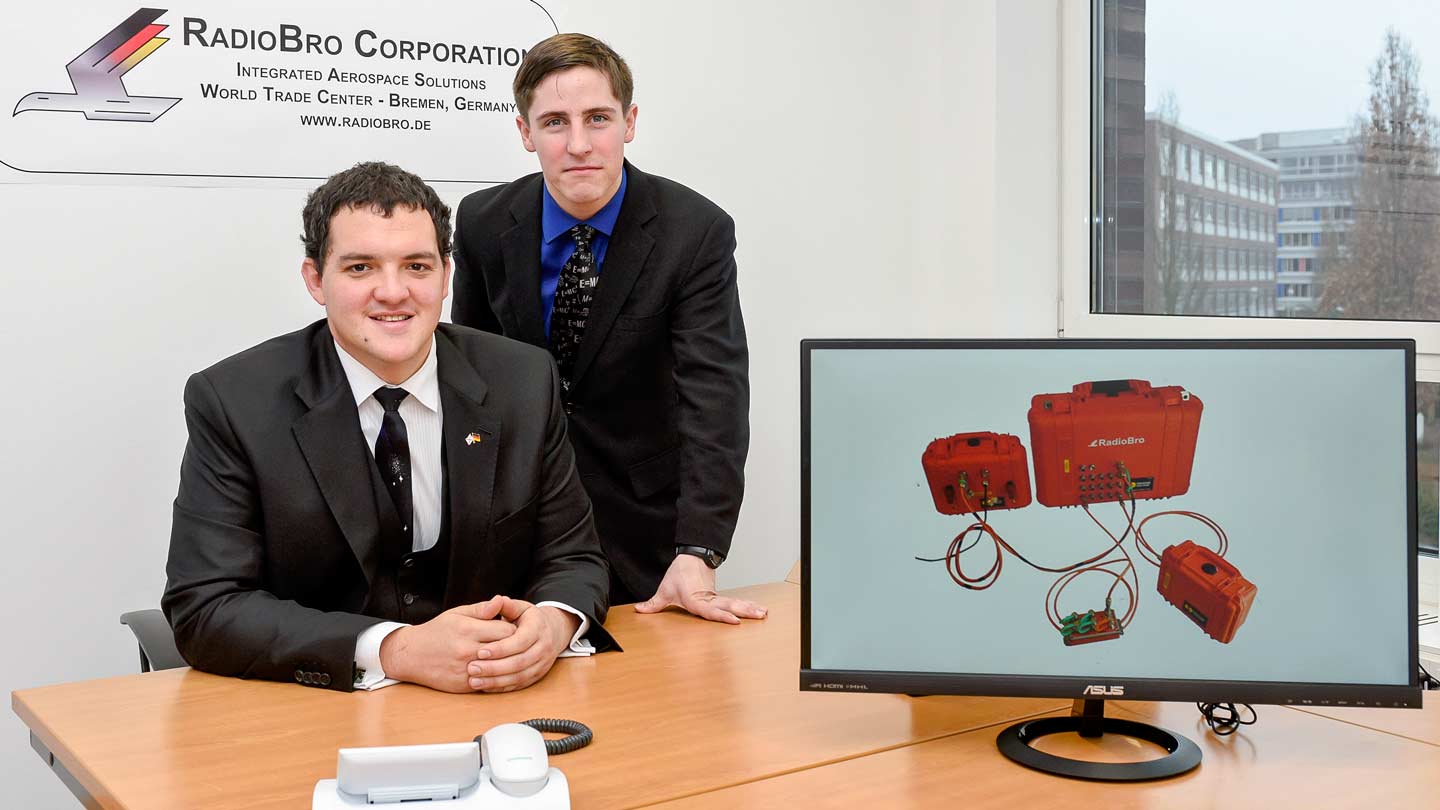 With his sights set on a career in the aerospace industry, UAH engineering major Nathaniel Long (right) has amassed a wealth of real-world experience long before graduation day, including serving as president of the university’s Space Hardware Club, spending a year as a study-abroad student in Germany, and working as the managing director of RadioBro’s European office.

Since arriving at The University of Alabama in Huntsville (UAH) three years ago, Louisville, Ky., native Nathanial Long has been systematically laying the foundation for a post-graduation career in the international aerospace industry. "I’d really like to do something involving space station or extraterrestrial habitat design," says the senior aerospace engineering major. "I’m also very interested in numerical model development and optimization."

To gain hands-on experience and expand his knowledge beyond the classroom, Long first joined UAH’s Space Hardware Club (SHC); he knew the student-run organization would give him the opportunity to conceptualize, design, build, test, and fly flight hardware for space satellites, high-altitude balloons, and high-powered rocketry. Soon after, he managed to land a job with a Huntsville-based startup founded by Long’s fellow SHC members Mark and Eric Becnel and their older brother Daniel.

"I sent them my resume when they started RadioBro, which designs and sells aerospace electronics, and I worked part time for them from the fall of 2014 until the summer of 2015," he says. "My first project was helping with the mechanical and the electrical design of a small, autonomous antenna rotator, and my second project was designing the flight electronics and the curriculum for a high-altitude ballooning workshop."

Next, Long focused on broadening his horizons by studying abroad in Bremen, Germany. Thanks to UAH’s exchange agreement with the Bremen University of Applied Sciences, he was able to spend the fall of 2015 and the spring of 2016 attending classes in space propulsion systems, satellite communications, advanced aerospace composite design, and computer-aided optimization – all while honing his German language skills. "I would say I’m casually fluent," he says, "but I still need to master some more of the technical language!"

I think about projects and designs in a more international scope.

While abroad, Long also set about extending his network of international contacts. In the fall, he attended the Space Tech Expo & Conference Europe, which brings together engineers, executives, and decision-makers from commercial companies, government organizations, and military agencies involved in space industry activities. "Afterward," he says, "Mark and I stayed in close contact to talk about business opportunities for RadioBro in Europe."

Those discussions ultimately culminated in the company opening its first overseas office in Bremen that spring. As managing director, Long was tasked with fostering valuable relationships with space industry professionals across the continent. "I got to travel and meet a lot of amazing people, because most of my job was doing research on companies before attending trade shows and conferences," he says. "I talked with everyone from the European Space Agency, Airbus, and OHB to startups trying to revolutionize the aerospace industry."

Indeed, even as he is back on campus taking classes and serving as president of the SHC, Long continues to work for RadioBro remotely. He also hopes to go back to Bremen next summer to resume his role as managing director before wrapping up his last year at UAH. That might mean postponing graduation by a semester – "My plan right now is to graduate in the spring of 2018," he says – but the delay is more than worth it, given how much experience he’ll have when he graduates.

"I’ve learned a lot about what makes German engineering in particular so world-renowned," he says, "and I have tried to incorporate those skills and perspectives into my own work. I think about projects and designs in a more international scope." And perhaps more important when comes to breaking into an international career in aerospace engineering? "I now have friends and colleagues all over the world!" he says with a laugh.