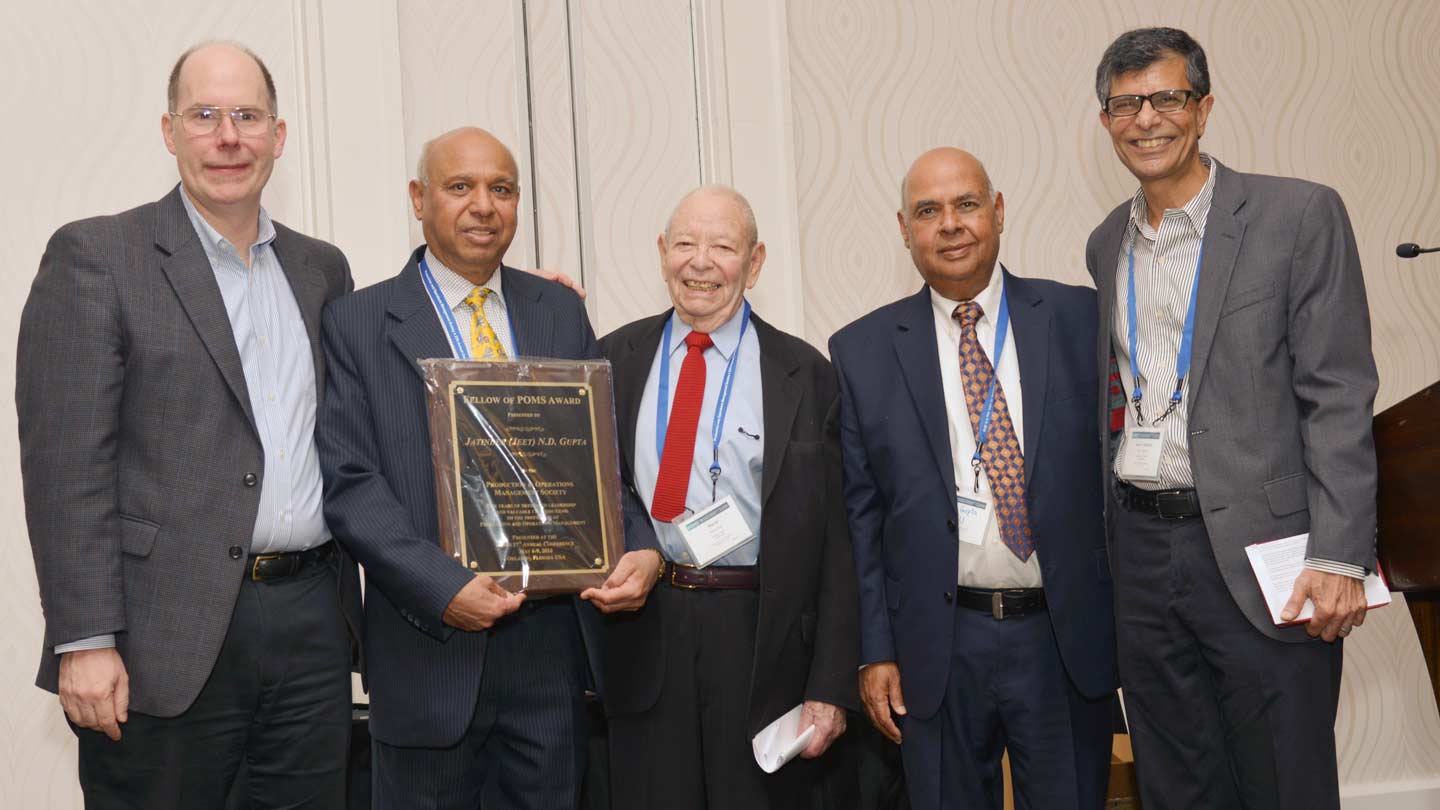 Dr. Jatinder (Jeet) N. D. Gupta, eminent scholar and professor in the College of Business Administration at The University of Alabama in Huntsville, was named a fellow by the Production and Operations Management Society (POMS) at their annual meeting in Orlando, Fla., this past summer. This honor, which is lifelong, recognizes those who have made exceptional contributions to the operations management profession and is given on the basis of the candidate's research productivity, teaching capabilities, and service to society and profession.

"This award recognizes my thought leadership, research productivity, teaching effectiveness, and positively influence on future research scholars and practitioners in production and operations management, and I am proud of this designation," says Dr. Gupta, who served as president of the organization from 2007 to 2008. "During my participation in POMS, I served its members and board in various capacities and chaired multiple national and international conferences. Moreover, the strategic directions I created as POMS president resulted in its national and international growth and made it the flagship society in production and operations management in the world."

The award highlights the worldwide recognition Dr. Gupta has received for his research productivity in production and operations management, which includes several hundred articles in leading national and international journals, and for his dedication to educating others, whether he is lecturing in various countries or mentoring doctoral students and younger faculty around the world.

In addition to his duties at UAH, Dr. Gupta is currently serving a one-year term as president-elect of the Decision Sciences Institute (DSI), after which he will serve as the Institute's president beginning on April 1, 2017.