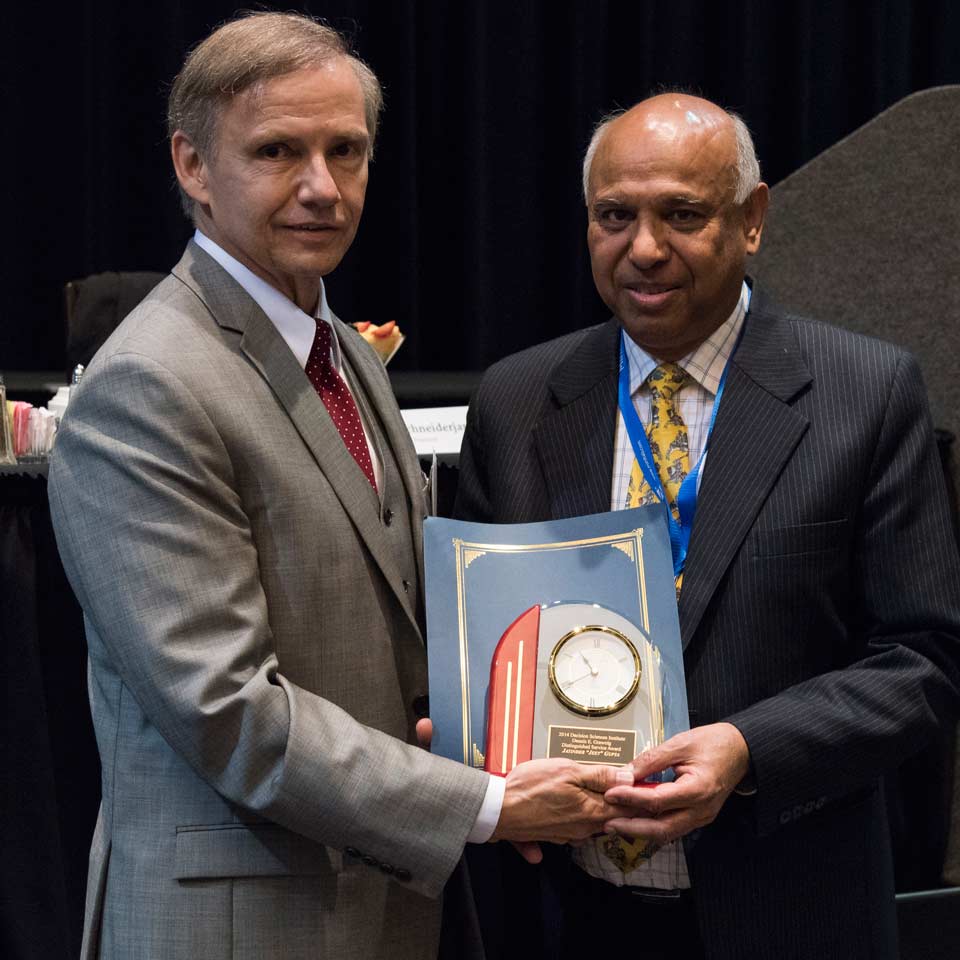 At the organization's 45th annual meeting in Tampa, Fla., this past November, Dr. Gupta, the Eminent Scholar in Management of Technology at The University of Alabama in Huntsville (UAH), was presented with the Dennis E. Grawoig Distinguished Service Award. The presentation recognized his more than 40 years of service to the institute, an academic and professional organization of scholars and practitioners interested in the application of quantitative and behavioral methods to the problems of society.

"This is a distinctive honor for Dr. Gupta," says Dr. Caron St. John, Dean of UAH's College of Business Administration. "He has invested much of his career in serving international professional organizations that advance the managerial and decision sciences. We are delighted to see him recognized for his efforts."

The award, named after DSI founder Dennis E. Grawoig, is presented each year to a member who has distinguished him- or herself by providing major service to the institute over a period of years. "It is the highest award for service we give and is not given lightly," says DSI president Dr. Marc Schniederjans.

In his nomination letter, Dr. Schniederjans praised Dr. Gupta for his "steadfast dedication" to the institute and highlighted his numerous accomplishments. "Jeet has played an important role in the globalization of the institute, and his exemplary service in all his leadership responsibilities has advanced the growth, reputation, and vitality of the institute."

For Dr. Gupta, who also serves as the Associate Dean for Graduate and Sponsored Programs, the award is not just an honor but also "vivid and visible proof" of the importance of volunteer work in service of the institute and its members.

"I am thankful to all my friends and colleagues who throughout my career have helped me and served as a source of inspiration for me to be able to serve organizations like DSI and their members," says Dr. Gupta, noting that fewer than 50 members have received the award in the institute's 45-year history.

DSI, which is currently headquartered in Houston, TX, comprises five regional subdivisions within the U.S. and four outside, including Europe, Mexico, Asia-Pacific, and the Indian subcontinent. It holds national, international, and regional conferences for its professional and academic members, and publishes two academic journals: Decision Sciences and Decision Sciences Journal of Innovative Education.