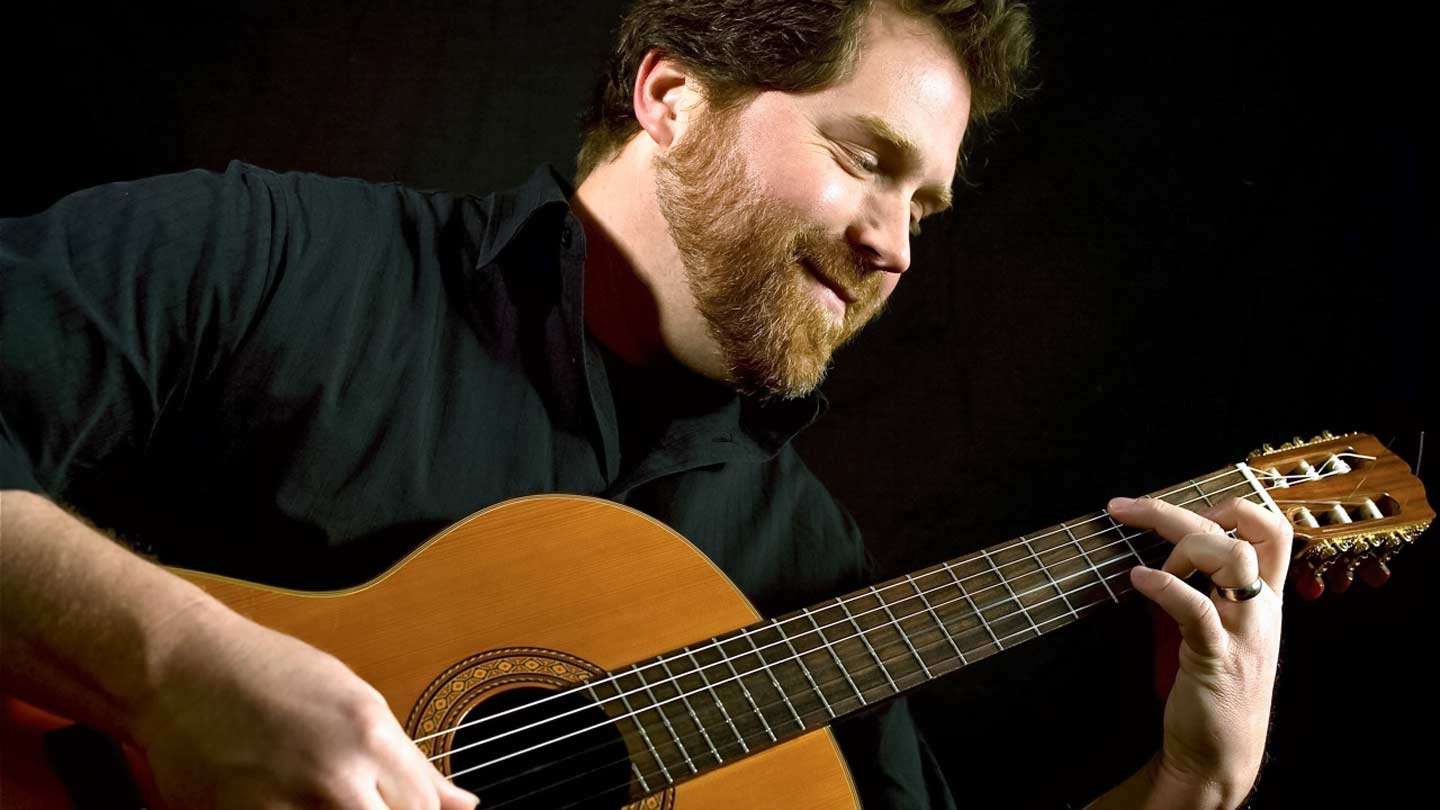 Andy LeGrand ('07 BA Music) may be the successful owner of LeGrand Music Studios in Knoxville, Tenn., but he still remembers the sage advice that Phil Weaver, classical guitarist and adjunct instructor at UAH, shared with him during his days as a music student. "'You've just gotta get out there and play,' he would say. 'Just do it. Make things happen within a music scene'."

It stoked a passion LeGrand had since the age of four, growing up in Atlanta, Ga. "My father taught me my first melody on the guitar," he says. "I was in a children's choir when I was a boy." Later, he attended Pebblebrook High School, a performing arts conservatory, where he "toured heavily" with a vocal trio. It wasn't until 2004, however, that he opened his own studio in Guntersville, Ala., where he and his wife Holly had moved for her job.

Shortly thereafter, LeGrand says, "I was fortunate enough to find the UAH Music Department." Over the next couple of years, he completed his coursework for a degree in music, adding a second area of study in business. "I use the composition, performance and theory knowledge, and skills that I learned at UAH every day," he says. "The same goes for the marketing and accounting courses from the business portion of my degree."

I use the composition, performance and theory knowledge, and skills that I learned at UAH every day. The same goes for the marketing and accounting courses from the business portion of my degree.

Another move - this time to Knoxville, Tenn. - gave LeGrand the opportunity to expand the studio's offerings. The pair also considered expanding their own family. "I knew that I would want to spend more time at home than away if we did have children," he says. "So I began to move into other music service areas like recording, mixing and editing, sheet music publishing and sales, and digital track creation."

That planning paid off. Now a father, LeGrand says the studio's main focus is teaching music education to youngsters. "For the past few years, guitar has been the focus of the studio, but we've expanded to offer piano, voice, mandolin, ukulele, banjo, saxophone, and clarinet lessons," he says. "We also offer ensembles and classes in music theory, music appreciation, and an Appalachian Dulcimer class. We even teach guitar lessons via Skype or FaceTime!"

Add in overseeing eight instructors, and it all adds up to more than a full-time job. "We are, by choice, involved with so many activities that time seems to slip away from us," says LeGrand. But while he may no longer have the freedom he once did to pursue his own passion as a performer, there's something to be said for encouraging his students to follow theirs as Phil Weaver once did for him. "It is a great feeling when a student masters a work and presents it with beauty," he says. "It is very nice to sit back, close my eyes and listen to a student play well."