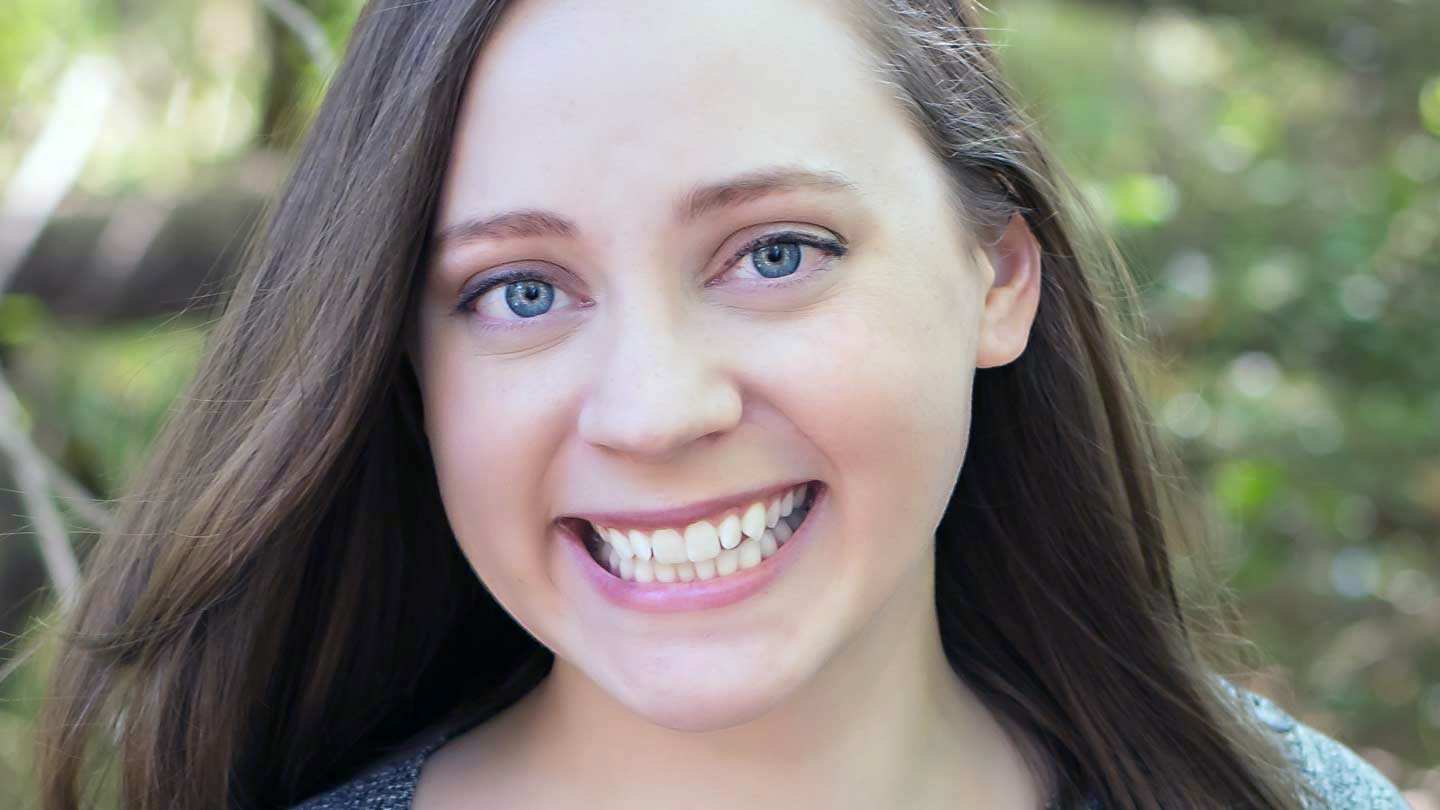 “After I graduated from UAH and got my first full-time job – at a library on Redstone Arsenal – I decided that if I really wanted to do this writer thing, I should probably try to finish a novel, to at least prove to myself I could do it.”

Available now at major booksellers, “Dare Mighty Things” is a near-future science fiction story about ambitious, high-achieving Cassie, who competes to become an astronaut in a time when the space program is circling the drain and who makes a monumental discovery on the way. “One Giant Leap” is the sequel that deals with the aftermath of what she discovers, with the fate of everyone on Earth hanging in the balance. It is on pre-order sale and will release Oct. 23. Find out more at HeatherKaczynski.com. 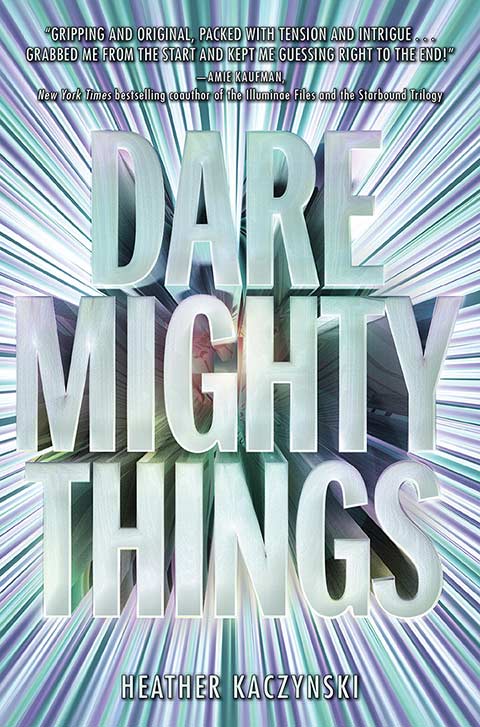 Her journey to her first novel began with a shelved project.

“I buckled down and finished a story I’d been working on since I was a teen and immediately put it away, because it was bad and also a dystopian, which was a fad that was already on its way out,” says Madison native Kaczynski, who has been writing since she was a child.

“The next book I wrote was ‘Dare Mighty Things,’ which was inspired by growing up here in Huntsville and from working on the Arsenal, and I thought actually might be pretty good. So I spent a lot of time researching publishing and how to write a query letter to get an agent.”

She queried agents for two years. While there was interest, there were no offers, and Kaczynski took a break to have a baby.

“When my daughter was three months old, I decided trying to send just one more query letter before giving up on that book. That was to agent Kristin Nelson, who represents such literary stars as Marie Lu, Hugh Howey, Ally Carter and Jamie Ford,” Kaczynski says. “Turns out she was in London for the London Book Fair, but she still read my book in a week and asked to call me as soon as she got back to the States. She offered to represent me right then.”

Months were invested in polishing the novel and a subsequent submission to editors resulted in lots of interest and an offer. The next week, the book went to auction on Kaczynski’s birthday.

“My agent emailed all the editors that still had my book to let them know there was a solid offer on the table, and if they were interested to let her know,” says Kaczynski. “My agent set up the auction between two editors at two publishing houses – there was in fact a third editor who was interested, but she was at a different imprint under one of the same publishers, and they aren’t allowed to compete against each other.”

When bidding finished, HarperCollins/HarperTeen had bought both novels. 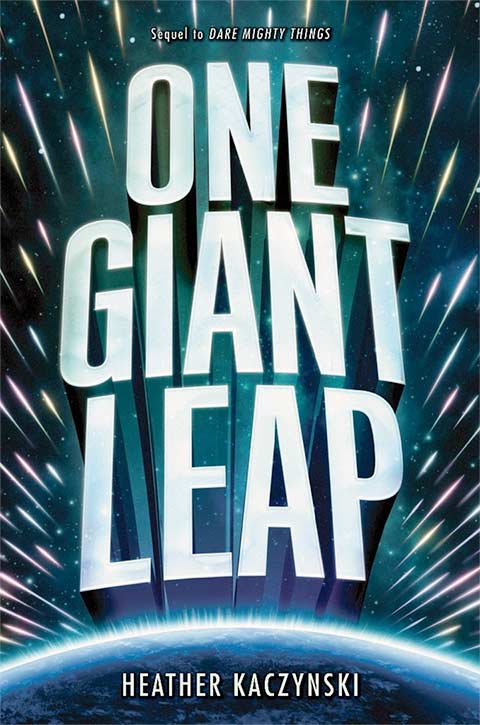 "One Giant Leap" by Heather Kaczynski.

“Working with a major publisher is a dream come true, of course! But you also have to realize that publishing is a business, and one with a narrow profit margin in most cases,” Kaczynski says. “It can be a bit of a wake up call to a lot of people. Debut authors like myself do not get a large share of the marketing money except in rare and special cases.”

Her immersion in publishing has brought its own work requirements.

“Suddenly you have deadlines you have to meet, strangers reading your words and the pressure of selling your work. It's humbling and challenging,” she says. “Everyone in publishing has been amazing, though, and you know they are all incredibly passionate about what they do. It’s an honor to work with such awesome professionals.”

“The stories that a young adult audience will read are limitless, and that allows authors to really let their imagination run wild. There’s an added bonus that when you write for children and young people, you’re helping form their worldview. It’s a privilege and a responsibility that I think we all take seriously,” she says. “Plus, it helps that when I write, it just so happens a YA voice is what comes out. YA books tend to be faster paced and get to the point a little quicker than adult books. That works great for me, as I get bored easily!”

Studying science at UAH challenged and fascinated her, helping shape how she sees the world and informing her as a writer, Kaczynski says.

“It gave me a deep appreciation for the universe and our role in it,” she says. “I think that I definitely would not have written such a science-focused novel without having had this foundational knowledge – at least not accurately. I had fantastic teachers that made sure I learned the material, not simply memorized facts long enough to take a test.”

She says Dr. Lawana Adcock and Dr. Mary Setzer taught her things she remembers to this day “while also being wonderful human beings,” and Heather Cross challenged her to become a stronger writer in freshman composition class.

“I'd originally applied to UAH as an English major, and returned to books after obtaining my science degree. I have a deep appreciation for everyone who taught me at UAH,” she says. “I plan to have a local launch for ‘One Giant Leap’ at the end of October, and I'd love to see UAH students there.”