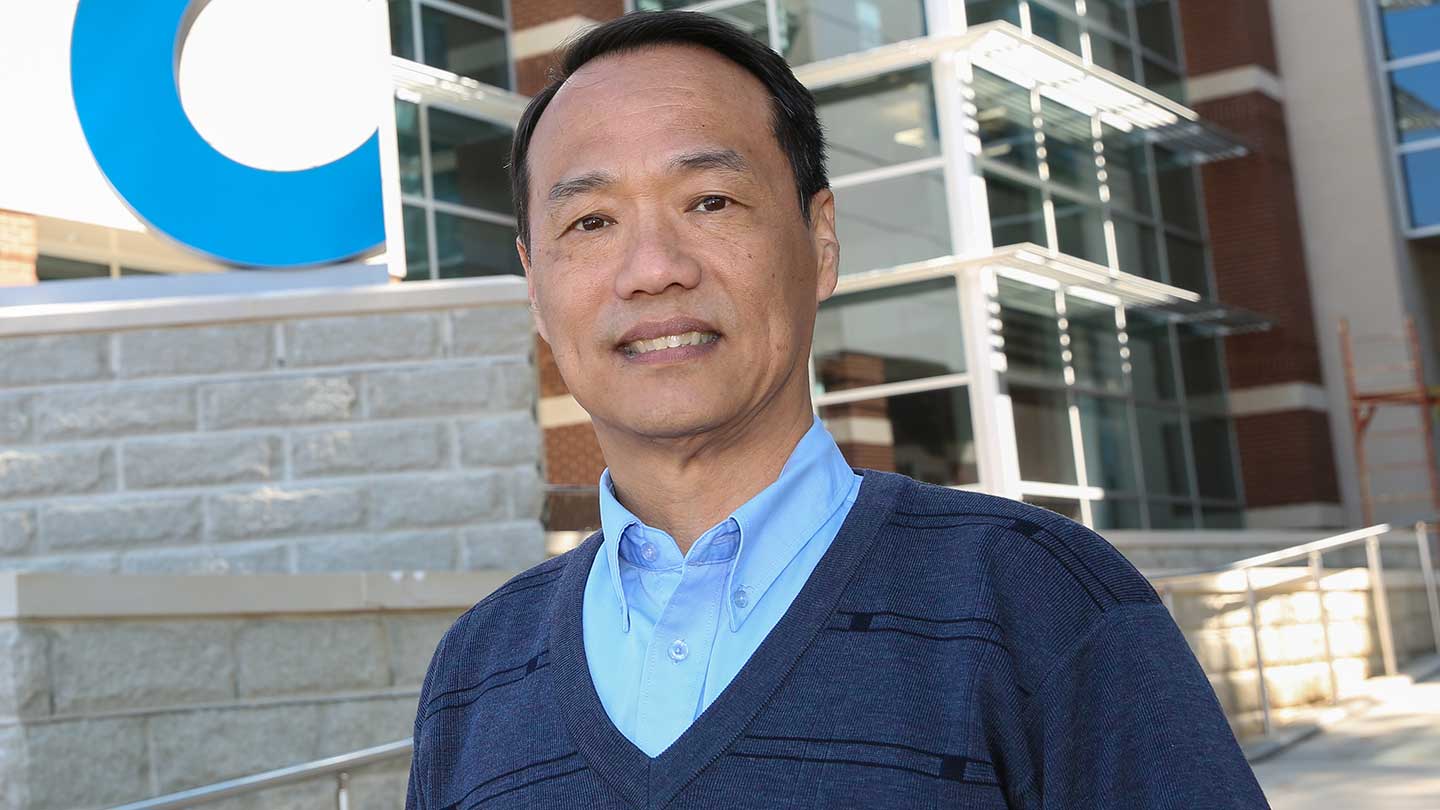 Former Silicon Valley executive David A. Chan, who is the administrator for the Pei-Ling Chan Charitable Trust, will be teaching an Honors seminar on the use of single-board computers for prototyping and control.

David A. Chan left Huntsville when he was 16 to pursue his undergraduate and graduate degrees from MIT, after which he enjoyed a long and successful career as a Silicon Valley executive focused on the semiconductor and medical-capital equipment industries. So he was somewhat surprised to find a much different city than he remembered upon his return nearly 40 years later. "Every day I am amazed at the amount of opportunities – scientific, commercial and cultural – that exist in this area," says Chan, whose parents are well-known Huntsville-based philanthropists Tony and Kathy Chan. "I spent the last 30 years in Northern California and, honestly, a motivated individual will find as much, if not more, opportunities and success here as in Silicon Valley."

Chan’s decision to return to the Southeast was sparked not just by nostalgia for his hometown, but also by more practical considerations. As the administrator for the Pei-Ling Chan Charitable Trust, a family-run non-profit established in 1988 in honor of his paternal grandparents, he has been entrusted with carrying out its stated mission of making local, national, and global contributions, chiefly in the areas of art and education. "A primary reason for my return to Huntsville was to possibly allow the trust to continue," he says. "I’m hopeful that I will be capable of allowing the trust to continue to exist and to focus the contributions more locally."

He knows that any success in this endeavor, however, will hinge on his ability to establish strong connections to stakeholders in the community. So he decided to start with The University of Alabama in Huntsville (UAH), where his father, Tony, once taught as a faculty member and where Dr. Jerome Baudry now serves as the Mrs. Pei-Ling Chan Eminent Scholar in the Department of Biological Sciences. "My family has been associated with UAH for almost 50 years," says Chan, "so I knew that after coming back to Huntsville, I wanted to also be part of it."

At MIT, Chan had been a teacher in the undergraduate digital-design lab and digital-design classes for their adult education school. So with an eye toward following in his father’s footsteps, he reached out to Dr. William Wilkerson, dean of UAH’s Honors College, and Dr. Christine Curtis, UAH’s Provost and Executive Vice President for Academic Affairs. "I expressed a desire to be involved with some of the students’ capstone projects, but I didn't know how to get introduced to any of the students or projects," says Chan. "After some brainstorming, the idea of teaching a seminar on practical applications of micro-controllers came about. So I really need to thank them both for developing and supporting this chance for me to contribute to the UAH community."

Chan has since accepted an appointment as the first Honorary Faculty Fellow at the Honors College and will begin teaching the one-credit Honors seminar, entitled "Rapid Prototyping with Raspberry Pi," this fall. "The course is an introduction and exploration of the practical uses of and the techniques related to using the single-board computers with a survey of specific case studies, using Raspberry Pi as the hardware and Python as the software," he says. "It is targeted to those who may not have a hardware or programming background but who would like to use an single-board computers for prototyping or control projects. For example, a biology major could use it to better control an experiment or an arts major could use it to better collate research data. After all, micro-controllers are now ubiquitous and used in nearly every electrical device."

Chan will also be putting his expertise in the field to use outside the classroom with UAH’s business incubator, the Innovation to Invention Center (I2C). "I’m hoping that my experience in systems engineering and technology as applied to commercial applications in companies ranging from startups to Fortune 500 will allow me to provide mentoring through the I2C," he says. And once combined with teaching, the position has the potential to re-ignite what attracted him to the field in the first place. "I view engineering not exactly in the most accepted definition," he says, "which is the application of scientific principles to design. What appeals most to me about it is the challenge of solving problems."

Which goes to show, of course, that sometimes you don’t have to travel far to find what you’ve been looking for all along.