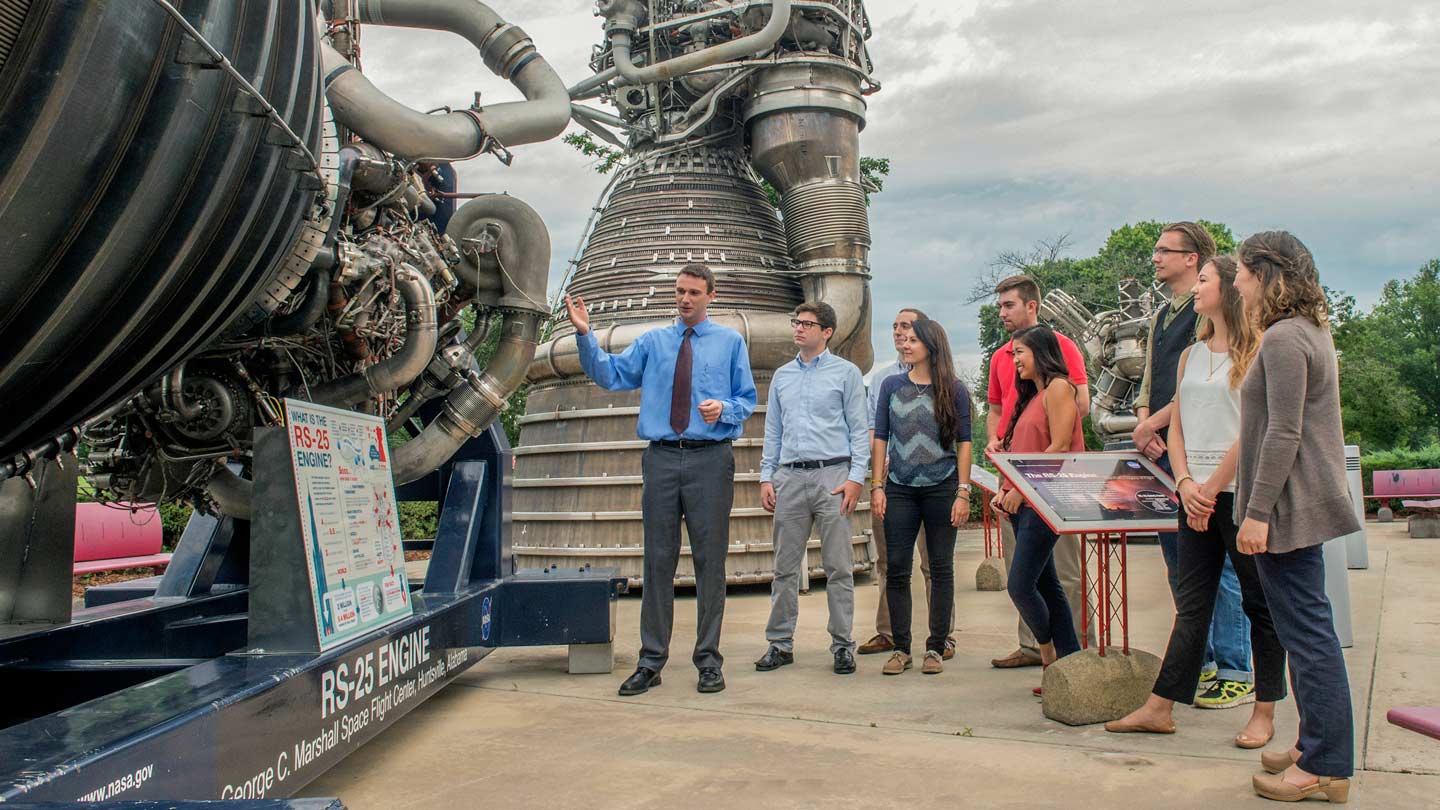 The day is fast approaching when NASA’s Space Launch System (SLS) will embark on deep space exploration missions, including sending astronauts aboard the Orion spacecraft to Mars. Helping to spread the word about this amazing endeavor is Ryan Connelly, a second-year master’s degree student majoring in public affairs at The University of Alabama in Huntsville (UAH). Since the spring, he has been working as an intern at NASA’s Marshall Space Flight Center (MSFC), first in the Public and Employee Communications Office and then with the SLS Strategic Communication Office.

"Right now my goal is to increase awareness about the SLS and get everyone excited about the launch," says Connelly, who grew up in Atlantic City, N.J., before earning his undergraduate degree in business from Stockton University in Galloway, N.J. "But every day I’ve learned something new!"

Connelly had originally intended to pursue a graduate degree in communications, but after meeting with Dr. John Pottenger, chair of UAH’s Political Science Department, he decided public affairs would be a better fit. "He took the time to sit down with me and discuss the program, and really invested in me as a person and not just as a UAH student," he says. It was also with Dr. Pottenger’s support that Connelly was able to pursue the internship with NASA. "There were other options, but I really wanted to work at MSFC."

As a public affairs intern with the Public and Employee Communications Office, Connelly worked closely with mentor and NASA’s Public Affairs Officer Kimberly Newton. He was tasked with conducting interviews and writing stories for the Marshall Star, the MSFC’s online news outlet, and the NASA.gov homepage. These included pieces on the MSFC’s celebration of World Metrology Day, the importance of measurement accuracy during testing of the SLS, and a profile of the Earth’s lightning capital that he co-wrote with Public Affairs Officer Molly Porter. 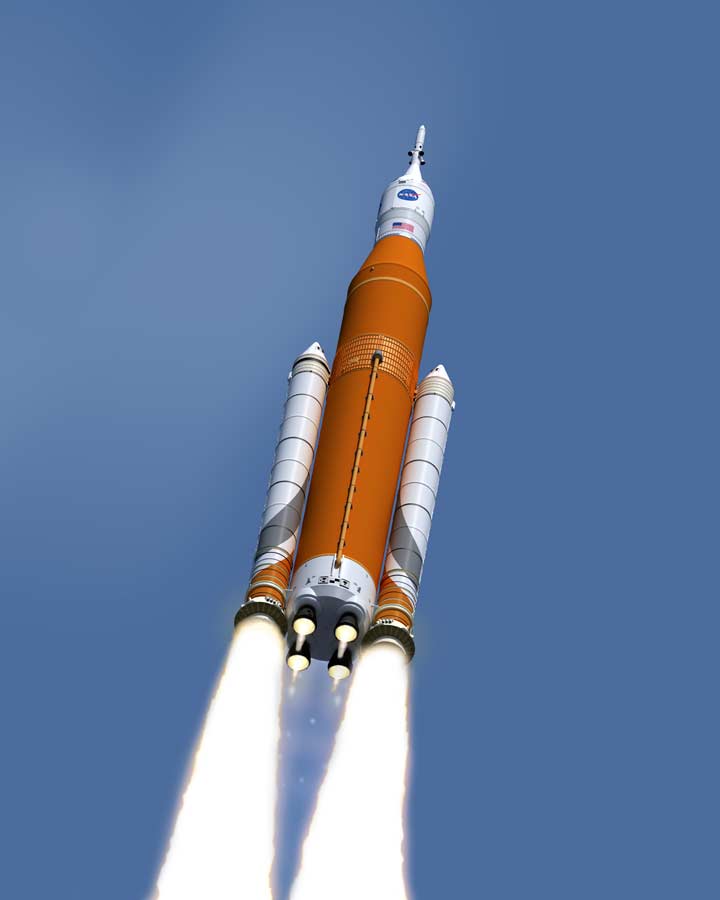 The SLS, which will allow astronauts to go further into deep space than ever before, is being built at the MSFC.

"I’ve done interviews for school projects in the past, so I really enjoyed getting out there and talking to people and learning about what they were working on," he says. It was the writing itself that posed more of a challenge. Fortunately, with some guidance from Dr. Pottenger and fellow political science professors Dr. Andrée Reeves and Dr. Shuang Zhao, Connelly was able to "break down and rebuild" his writing style. "They’re pretty strict when it comes to that," he says. "They helped to make sure I didn’t look foolish!"

Since transitioning to the SLS Strategic Communication Office, Connelly’s focus has been on educating himself about the launch system so that he can then share that information with the general public in anticipation of the launch. "It’s going to be most powerful rocket that has ever been built and the one that will further our knowledge of the solar system and deep space. So just to be around that and to see parts of the rocket being built is surreal," he says. "It’s important that everyone knows that those things are being done at MSFC, so we’ve put together articles, brochures, posters, infographics, and much more letting them know."

That portion of his internship will come to an end in early August, when Connelly will return to taking classes full time at UAH. Once he graduates, however, he hopes that his degree and his real-world experience will lead to a full-time position with the space agency. "The internship affirmed for me that public affairs is something I want to pursue," he says. "I’d love to stay at MSFC – the team members there make it a great place to work – but I’d work anywhere for NASA!"