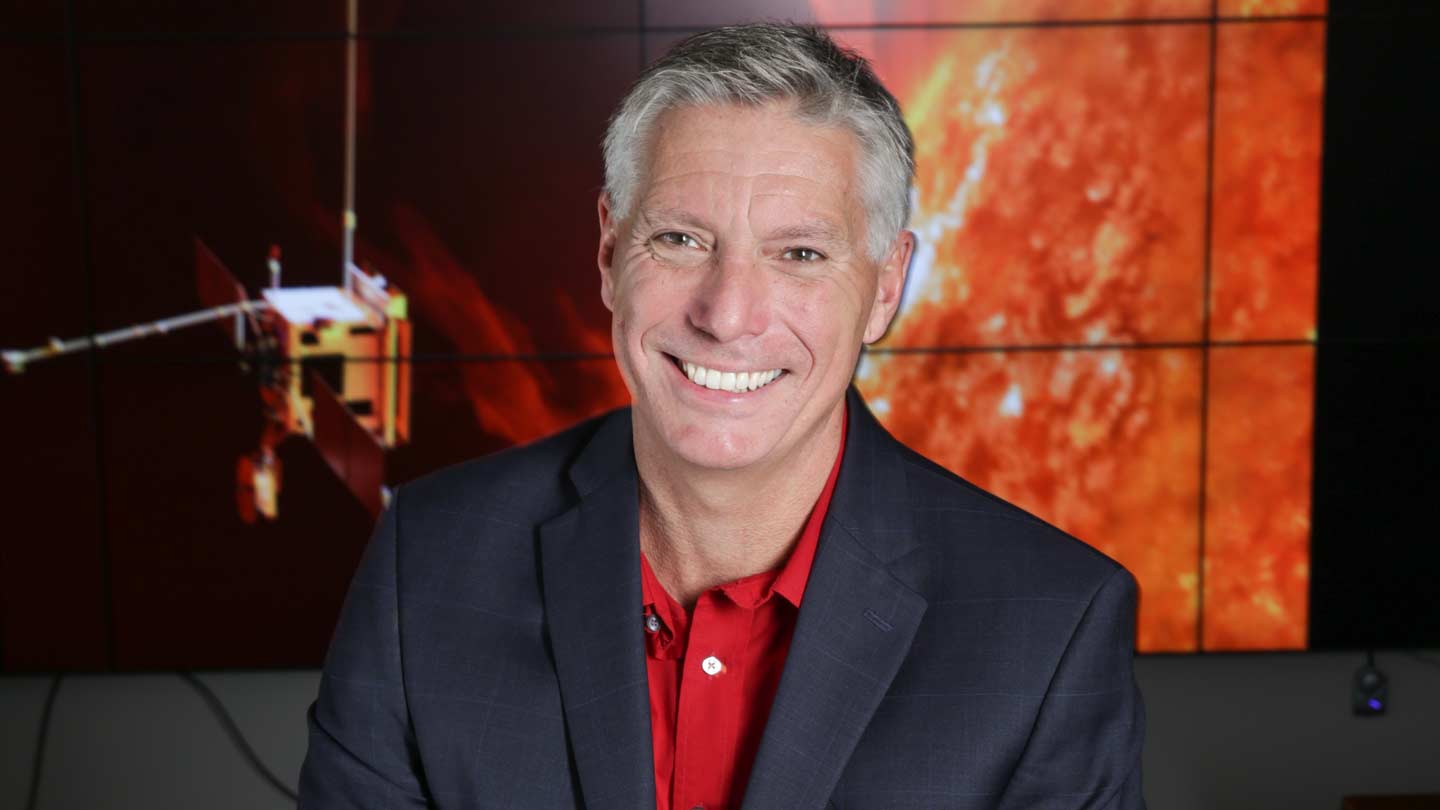 Dr. Gary Zank, director of The University of Alabama in Huntsville (UAH) Center for Space Plasma and Aeronomic Research (CSPAR) and chair of the Department of Space Science, has been named by the National Academy of Sciences (NAS) to co-chair a committee performing a decadal survey for plasma physics.

Dr. Zank’s co-chair is Dr. Mark Kushner, director of the Michigan Institute for Plasma Science and Engineering (MIPSE) and of the DOE Plasma Science Center at the University of Michigan.

This is the first time a member of the UAH faculty has chaired a national effort of this type, which Dr. Zank says will heighten the stature of Alabama and UAH in the scientific community.

"It's good to see Alabama and UAH having a national impact in the field of plasma physics with both the Decadal Assessment of Plasma Science study and by winning the National Science Foundation’s Established Program to Stimulate Competitive Research (EPSCoR) grant in the field of low-temperature plasma," he says.

Several scientific disciplines hold a decadal review in order to understand progress from the past decade and to inform the goals and funding priorities of the next. The prior decadal report was influential in guiding the development of plasma physics over the past decade.

"There will be a committee of 16-20 people drawn from academia, industry, federal labs, various defense agencies and the Dept. of Energy, together with National Academy of Sciences personnel responsible for the actual running of the decadal study," Dr. Zank says. "The committee solicits input in the form of presentations, town hall meetings at national and international meetings, white papers, etc., from the plasma physics community."

Due in 2020, the committee's final report is intended to help federal agencies, policymakers, and academic leadership understand the importance of plasma research and make informed decisions about plasma science funding, workforce development and research directions.

"It's a very important activity and engages the entire plasma physics community, from those working in labs to those in industry to those who work in space and astrophysical plasma," Dr. Zank says. "I was asked to chair the study and I suggested Mark Kushner as a co-chair, since this is a lot of work, being a full year-plus study."

The co-chairs are responsible for the scientific direction, oversight, management, guidance, integrity and inclusiveness of the process by which the material is collected.

"We're responsible for the synthesis of this material, and for then drawing together a set of consensus recommendations," says Dr. Zank. "Finally, based on the foregoing, a report has to be developed that summarizes the status of the field and provides recommendations for the coming decade in terms of scientific, industrial and national interest directions, including recommendations for investments."

Once the report has been completed and submitted to the NAS and sponsors, the co-chairs are responsible for presenting and distributing the results to the broad plasma community, the U.S. Congress and other federal entities.