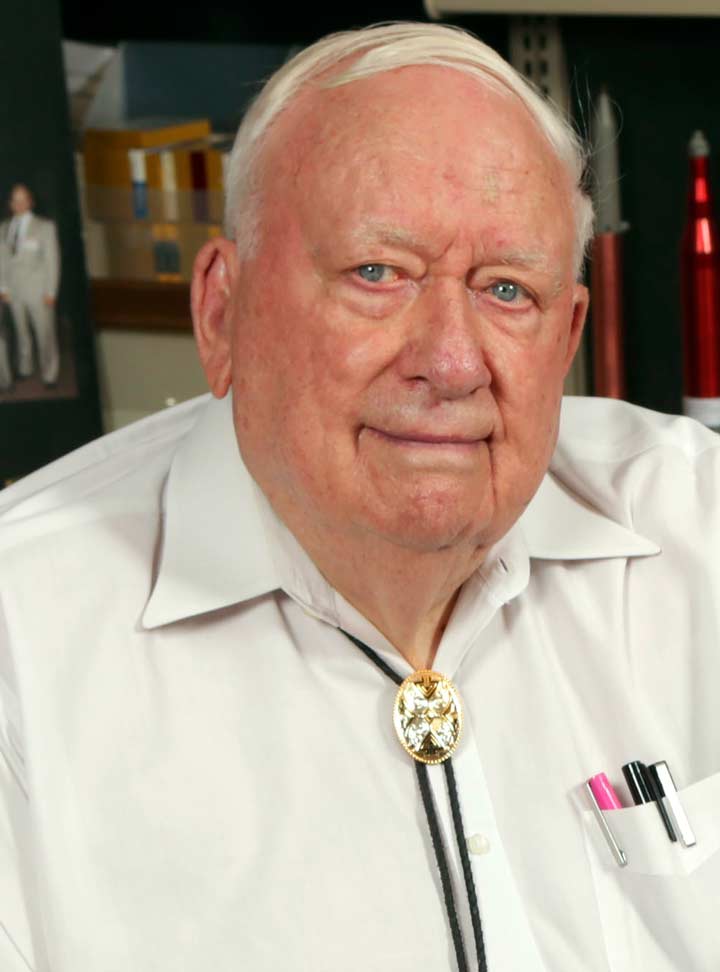 Visitation for Dr. Charles Lundquist, director of interactive projects at The University of Alabama in Huntsville (UAH), will be from 1 p.m. to 2 p.m. on Thursday, June 8, at Laughlin Service Funeral Home, 2320 Bob Wallace Ave SW, with a memorial service following in the chapel. Disposition of ashes will be at a later date. In lieu of flowers, please send remembrances to the UAH Library Archives or the National Speleological Society.

He continued to work as a volunteer since retirement, sleuthing for past research from the Army, NASA and private papers, as well as collecting oral histories from NASA retirees and others. The results of his work were added to an archive on the ground floor of UAH's M. Louis Salmon Library. The archives preserve continued access for future historians, scholars and students.

“We're trying to leave to posterity an accessible archive where you can get to it in a usable form,” Dr. Lundquist said of his work in a 2013 interview. “If any university has the obligation, UAH has the obligation to preserve the records of lunar exploration and of all of that era. At UAH, we have an obligation to create this kind of archive and save this information because the university was really formed as a result of Dr. Wernher von Braun and space research coming to Huntsville.”

Dr. Lundquist graduated from South Dakota State University and then completed his doctorate in physics at the University of Kansas in 1953. He accepted a position as an assistant professor of engineering research at Pennsylvania State University for one year before being drafted into the U.S. Army in 1954.

He was sent to work at the Army missile development activity at Redstone Arsenal, beginning his professional association with the team of Dr. Wernher von Braun. He returned to civilian status in 1956, but continued to work at Redstone for the Army until 1960 when the Army rocket team transferred to NASA as the Marshall Space Flight Center.

Dr. Lundquist left Huntsville from 1962-1973 to be the Assistant Director for Science at the Smithsonian Astrophysical Observatory in Cambridge, Mass., but continued as a member of the NASA Group for Lunar Exploration Planning that informed the Apollo missions. In 1973, he returned to MSFC as the Director of the Space Sciences Laboratory.

In 1981, Dr. Lundquist retired from NASA and joined UAH, where he served in several research positions until his retirement.

An avid cave explorer, Dr. Lundquist joined what would become the local chapter of the National Speleological Society in Huntsville in 1954. He authored and co-authored research papers detailing his adventures for several national conventions and published a book in 2005 entitled "Tales of Huntsville Caves."

In 2015, Dr. Lundquist authored "Transplanted Rocket Pioneers," a book he penned as part of a larger activity in advance of the 50th anniversary of the lunar landing in 2019 and the 50th anniversary of UAH as an independent campus. The book chronicles the relevant information and life history of 218 scientists transplanted to the United States from Europe - primarily Germany - who became vital to U.S. rocketry and space programs.