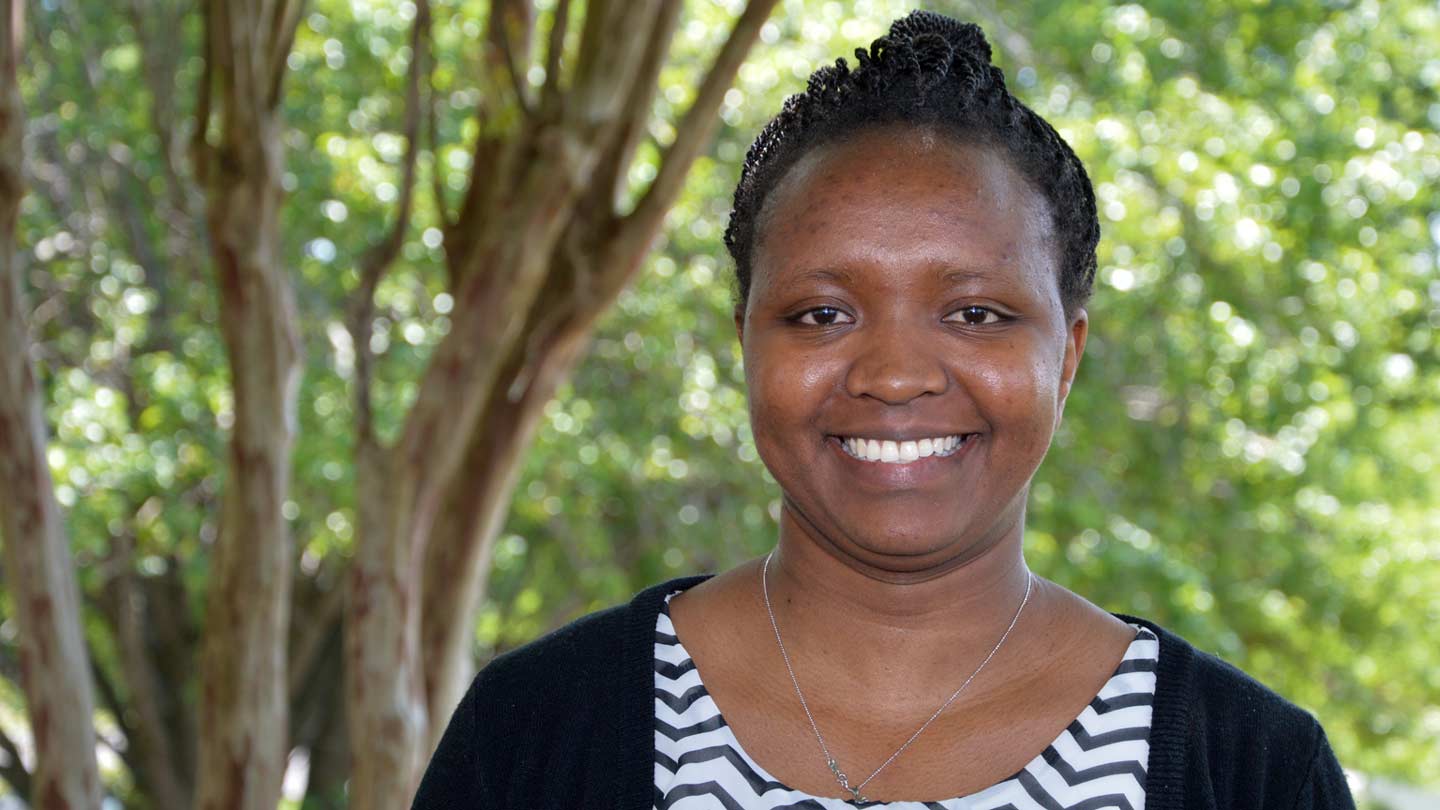 It isn't a great distance from the livestock raising area of west Kenya — where Susan Kotikot grew up — to the country's tea plantations, so it isn't surprising she should be working to help those farmers avoid crop losses due to cold weather.

What is surprising is the journey Kotikot made from her hometown of Narok to UAH, where her master's degree research looks back to Kenya seeking ways to better manage damaging frost events in areas where valuable (and tender) tea leaves are grown.

"It's been a problem for some time, given that tea is a perennial crop," said Kotikot, who will receive her M.S. in Earth system science on Sunday during UAH's spring graduation ceremonies. "That means you can't avoid frost by planting around the frost season, which is between January and March. Whenever there is a frost event there is damage and huge losses are experienced.

"The farmers would love to have ... a way to predict these frost occurrences, so they can take preventative measures to protect their crops."

Weather stations are scarce in Kenya, so data for forecast models is equally scarce. The system in place now uses land surface temperature data collected by the MODIS instruments on NASA satellites.

This will be an improvement to a similar project Kotikot worked on in Kenya after earning her bachelor's degree, mapping frost risk areas in the Aberdares mountains and Mount Kenya region. She also spent a year working for the Regional Centre for Mapping of Resources for Development (RCMRD) in Nairobi, using Landsat images to create land cover maps of Kenya and other parts of Africa.

Her interest in geospatial datasets led her to a NASA/USAID program promoting the use of those datasets.

"That's when I met people from (NASA's) SERVIR program and USAID, then I learned from them about UAH," she recalled. "I always wanted to do something with the application of geospatial technologies to land cover, agriculture, disaster mapping ... stuff like that."

A research assistantship at SERVIR made enrolling at UAH a possibility. Here she supports activities for SERVIR's east Africa hub, which is housed at the RCMRD in Nairobi.

Although a Ph.D. is in Kotikot's future, she isn't yet 100 percent clear on what she wants to study or where.

"I mostly enjoy doing research work that incorporates developing tools or working with communities, or things that improve the livelihoods of people," she said. "I want to see the results of what I do improving people's lives."

Her own life changed for the better nine months ago with the birth of her son, Radhi Wanyama. He stayed in Kenya with Kotikot's mother this semester while she finished requirements for her degree, but he returns to Huntsville this month.

"It's not easy," Kotikot said. "I mean, given the demands of graduate school, it takes time to adjust to having him around.

"Life gets busy, and a lot more exciting as well."