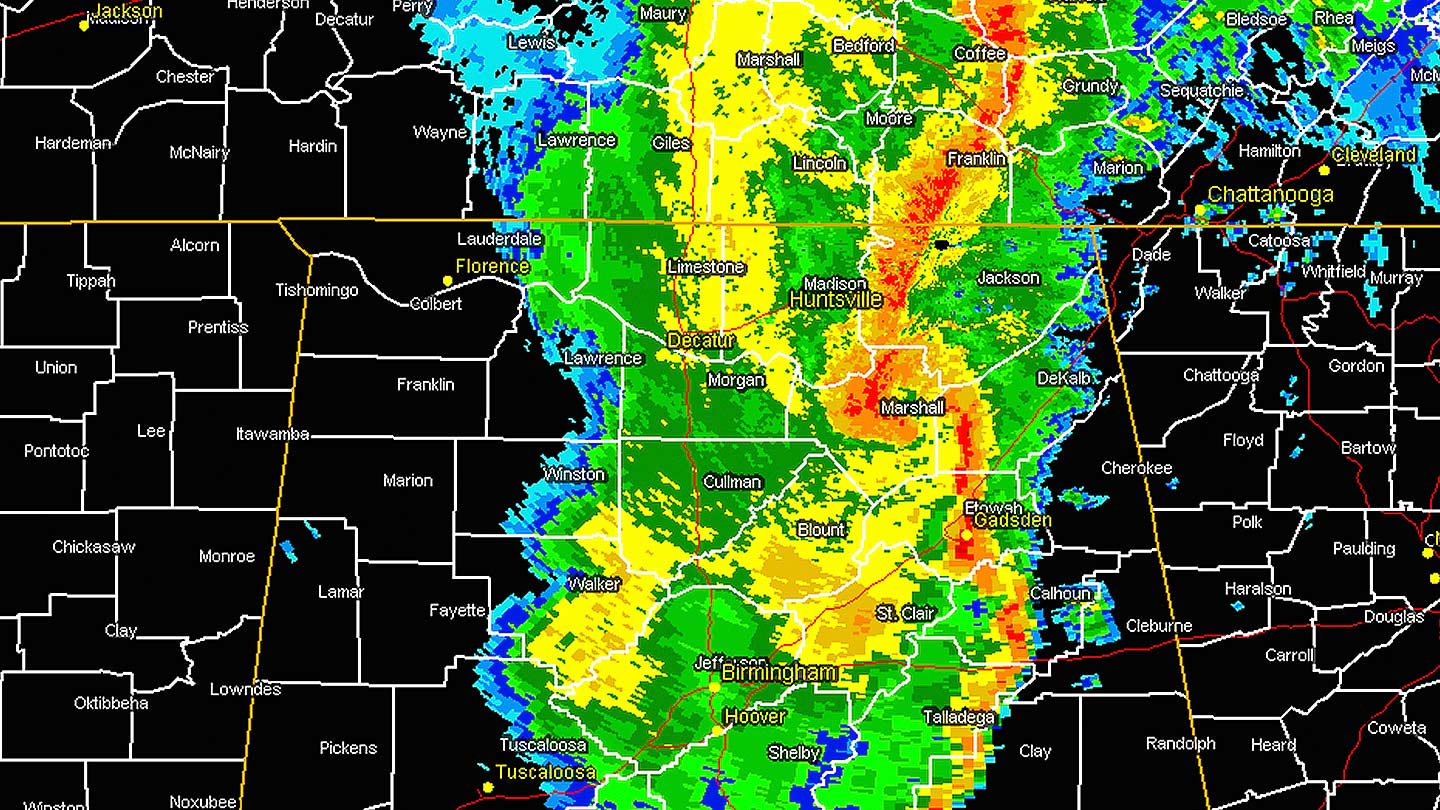 Adam Clayton doesn't have the luxury of sleeping in late. Instead, he rises early each morning to tweet the weather forecast to his hundreds of followers. "You have to make a commitment to be up, especially if there's something big going on," says the Earth system science major at The University of Alabama in Huntsville (UAH). "I've slept in a couple of times and people have noticed!"

A native of Lawrenceburg, Tenn., Clayton can trace his interest in weather back to his early childhood. "My first memory ever was of water coming into the house from a flash flood," he says. Shortly thereafter he took on the job of reporting the daily forecast to his kindergarten classmates. But it wasn't until his sophomore year in high school that he decided to share his passion with a wider audience.

"I created a Facebook page called 'Adam's Weather Page,' and I would post warnings or watches if we had severe weather in my county," says Clayton. "I'd never make my own forecasts - the National Weather Service doesn't like that - but I'd read theirs and tell my followers what they said would happen."

I love the idea that I could potentially save a life with one tweet.

In return, he received "mostly positive" reviews. "Some people would give me heck for fun," he laughs, "but I never got any death threats!" That account ended up catching the attention of a more-established weather enthusiast, Ben Luna, who told Clayton about a middle-Tennessee network of storm spotters who used Twitter to share forecasts; Clayton decided to make the switch himself, creating @lawrencesvrwx.

"I told my older followers to get an account to follow me and they did, which I thought was awesome," he says. He also expanded his coverage beyond his own county of Lawrence to nearby Giles (@gilessvrwx) and Wayne (@waynesvrwx). "You can have a tornado warning for one county and not another one, so you can't just have one account for all three. It has to be specific."

It was around this time that Clayton arrived at UAH to begin his freshman year in the Earth system science program. Originally he'd considered going elsewhere, but a quick trip to Huntsville for a campus visit during his junior year changed his mind. "I got down here and saw the SWIRLL building," he says, referring to UAH's brand-new $7 million center for severe weather research. "And that sold it."

He enrolled soon after and "since I've been on this campus, it's been a great experience," he says. "I've loved every class that I've been in that has to do with weather." Of course, with three active Twitter accounts and a busy schedule, he never really considered starting a local feed. "But I had so many people telling me I should do it," he says, "so I did!" 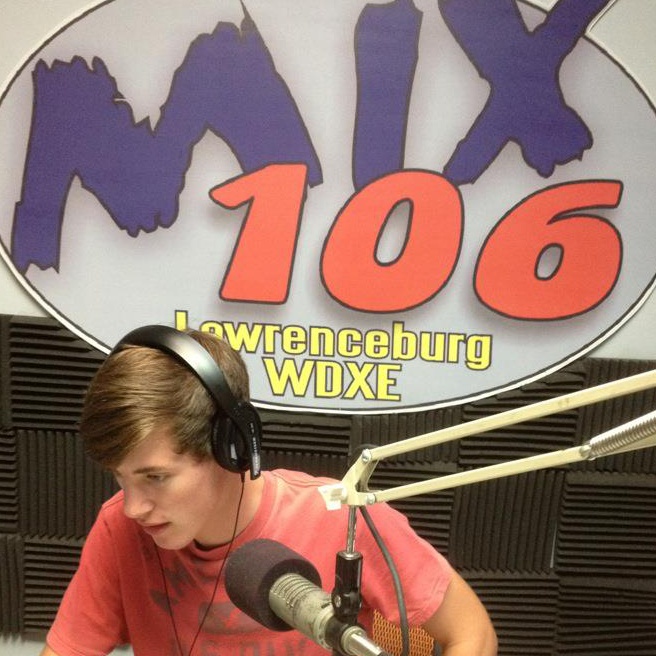 It turned out to be perfect timing. Within weeks of creating @uahweather, Clayton faced his first severe weather outbreak as a student. "We got woken up by the tornado sirens at 3 a.m., so I got out of bed and started blazing tweets from the lobby of my residence hall," he says. "We weren't in the path of the storm but people were freaking out."

Now he's up to 150 followers, in addition to the nearly 450 that follow his Tennessee feeds, which is something he never could have anticipated when he first created Adam's Weather Page. The switch to Twitter has helped as far as time management - "it's so fast and easy," he says - but it's become a big job over the years.

"It definitely adds to my workload," he says. Not to mention the aforementioned adherence to a rigorous schedule. "I've taken a couple of days off, but I told people the night before that it was going to be clear and sunny." Clayton, however, is not giving up. "It would be awesome to keep doing this," he says. "And even though I can't get class credit for it, I am getting credit in experience."

It's experience he hopes to one day parlay into a career in weather. "Hopefully I'll get a job with the National Weather Service," he says. "Or maybe I'll go a different path and get a master's degree in broadcast meteorology." One thing he probably won't become? A storm chaser. "My mom was like, I don't know about that!"

In the meantime, he'll keep his hundreds of followers as up to date as possible about what to expect weather-wise in their own future. "I can't explain it - I think it's what I'm on this Earth to do," he says. "I love the idea that I could potentially save a life with one tweet."