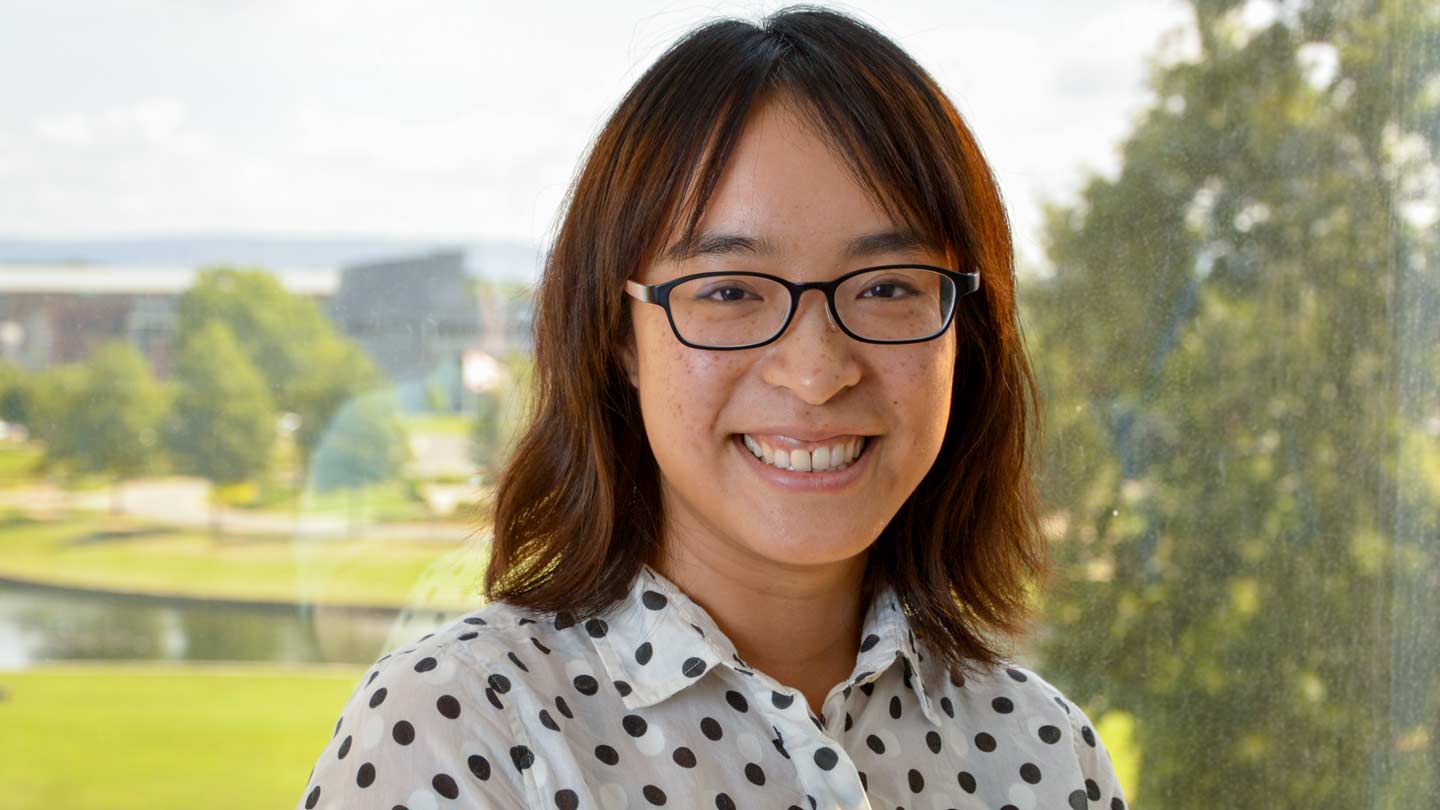 Coming out of high school, Leiqiu Hu chose to study geography because she thought it would involve a lot of travel, which she enjoys.

On one hand, that has been a flop, as Hu discovered geographers spend much of their time looking at computer screens instead of exploring exotic locations to learn their most important exports and such things as that.

On the other hand, geography and the related study of remote sensing took Hu from her hometown of Cheng Du (the fifth largest city in China with a population of more than 10 million) to such distant places as Beijing, Lawrence, Kansas, Boulder, Colorado, and, this fall, Huntsville.

As a newly minted UAH assistant professor in Earth system science, Hu uses satellite data to study some big cities — including New York, Chicago and Houston — in the hope she can apply what she learns about the urban heat islands smoldering around those cities and the effects that heat has on people who live there to other cities around the world.

The challenge is the satellites that gather the temperature data Hu uses don't follow exactly the same path over the surface every day. One day they might look at a city from directly overhead, while the next day they are slightly to the city's east and the next day slightly west, changing the angle at which the sensor views the city below.

That means some days the infrared sensors used to get temperature data from the surface look at the sunny side of buildings, and some days they look at the shaded side. Over a single spot (about one kilometer square) that can mean a temperature difference as much as 9 C (just over 16° Fahrenheit) at the same time of day just because the satellite sensor sees opposite sides of buildings from one day to the next.

"The major problem is we want to compare this pixel from one day to the next, but the (satellite's) viewing position is not the same," Hu said. "This is a big concern."

"Once we can establish a framework with reasonable certainty, we can apply it elsewhere in the world to study heat events in cities where they don't have those extensive surface networks," Hu said.

Like many others, Hu decided to make science a career after a pair of hands on projects when she was in school at Beijing Normal University. One involved developing reflectivity products from the China Brazil Earth Resources Satellite. The other involved counting parked cars on the university's crowded campus to determine where limiting parking might improve emergency access.

"That opened my view about that," she said. "We were really solving some problems. That kind of experience really makes me feel like I want to be a scientist."

Hu still enjoys travel, although she isn't collecting geographic data at the moment. She plans to do some field work next summer in the Huntsville and Madison area.

"I like hiking a lot and I just learned how to ski last winter, so hopefully in the winter I can fly back to Colorado," she said. "I think I'm a very outdoor person. I like to explore, and I hear that fishing is maybe something I can do here."