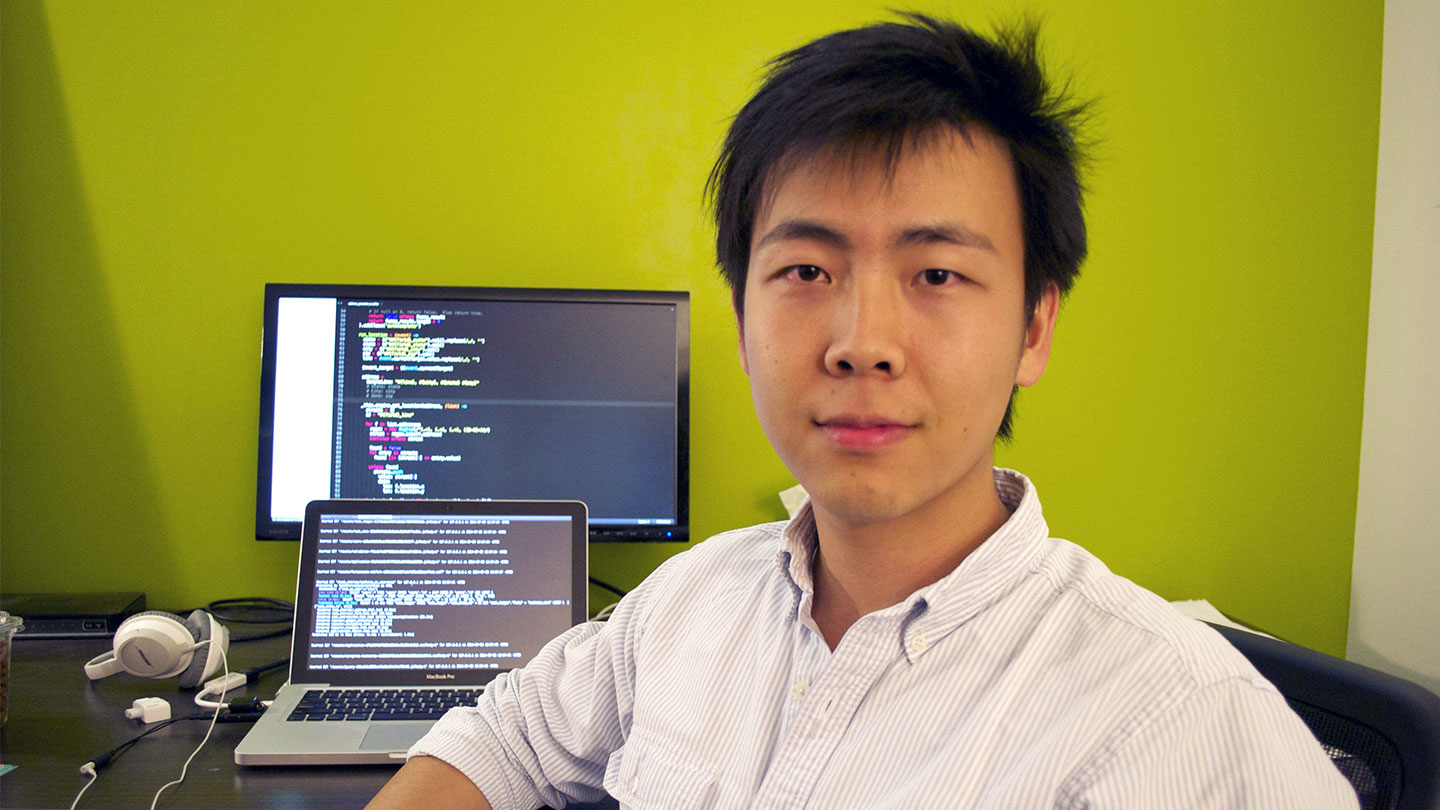 Jiake Liu, who graduated from UAH with a degree in computer engineering, is co-founder and CEO of ProspectWise.

HUNTSVILLE, Ala. (July 14, 2014) – Jiake Liu has been co-owner or CEO of three companies since graduating from The University of Alabama in Huntsville (UAH), including his most recent venture, the crowdsourcing platform ProspectWise. Where does he get his entrepreneurial spirit? You might say he inherited it.

"My mom has been an entrepreneur for as long as I can remember – she owned boutiques, hair salons, and restaurants in China," says Liu, whose family moved to Huntsville just before he began high school. And despite the language barrier since that move, he continues, "she's worked very hard and moved up from being a waitress to now owning multiple restaurants."

Of course, his dad can also claim some responsibility for Liu's success, introducing the future computer engineering major to his first computer at age 6. "I have been hooked ever since!" says Liu. "I designed my first website when I was in elementary school. I've always liked computer games and wanted to develop them one day, so I knew computer engineering was right for me."

He was able to further hone those skills during his academic career at UAH, which he says culminated in a senior design project that was "definitely memorable." Inspired by the movie "Minority Report," Liu and his fellow students created GAUNTLET. The high-tech glove, which functions as a wireless keyboard, went on to win Best Buy's College Innovator Fund.

"Seeing a bizarre idea materialize in front of my own eyes from the hard work and execution of a team I enjoyed working with was one of the best feelings in the world," says Liu, who served as principal innovator. "It gave me a taste of what a small but great team can accomplish with limited resources."

Just as valuable were his experiences outside the classroom, including the nearly two years he spent as a co-op for local telecommunications giant ADTRAN. There Liu says he worked with three "stellar" teams, honing his technical skills like C/C++ development and debugging and picking up soft skills like teamwork and leadership.

"I learned a lot from the process – I saw what separates a leader from a manager and I learned how to break a huge project into smaller, achievable objectives," he says. "I whole-heartedly recommend others to actively seek internship/co-op opportunities, as I think it's the most valuable thing a student can do while in school."

But it was Liu's extracurricular participation in UAH's Entrepreneurship Club that would arguably have the most impact on his career path as CEO. Not only was it "a great resource," but it was also where he met ProspectWise co-founders Joel Clay and Terry Meacham. "Without UAH, I would have never met these two amazing teammates and ProspectWise would not exist today," he says.

Based on a company the three launched shortly after graduation, ProspectWise uses crowdsourcing to enable companies to more easily and effectively market to small businesses. "It's the first step in creating the data infrastructure necessary to facilitate relationship-building between small businesses and the great companies that can empower and modernize them," says Liu.

In 10 years, I can see us becoming the trusted brand and partner for companies and small businesses alike.

That's important given the "limited online footprint" of small businesses, something he knows from firsthand experience. "There are many innovative companies out there that can really help small businesses such as my mom's restaurants," he says, "but unfortunately there isn't a great way for these companies to even get in touch with her beyond blind sales calls."

ProspectWise, by contrast, sends real people to the actual brick-and-mortar location of the small businesses, where they can collect vital contact information and submit it using the company's mobile app in exchange for payment. "We then compile these submissions into a database that companies pay to access," says Liu.

The platform already has more than two thousand users, and thanks to an aggressive long-term growth plan, that number is sure to increase. "In 10 years, I can see us becoming the trusted brand and partner for companies and small businesses alike," he says, adding that they're already in the process of hiring more web and mobile developers to ensure they get there.

And as ProspectWise grows, so too will the small businesses it was designed to help – including his mother's. Not, points out Liu, that he could ever really repay all that's she has given him. "I owe all of my entrepreneurial spirit to my mom," he says. "She is and always will be an inspiration for me."