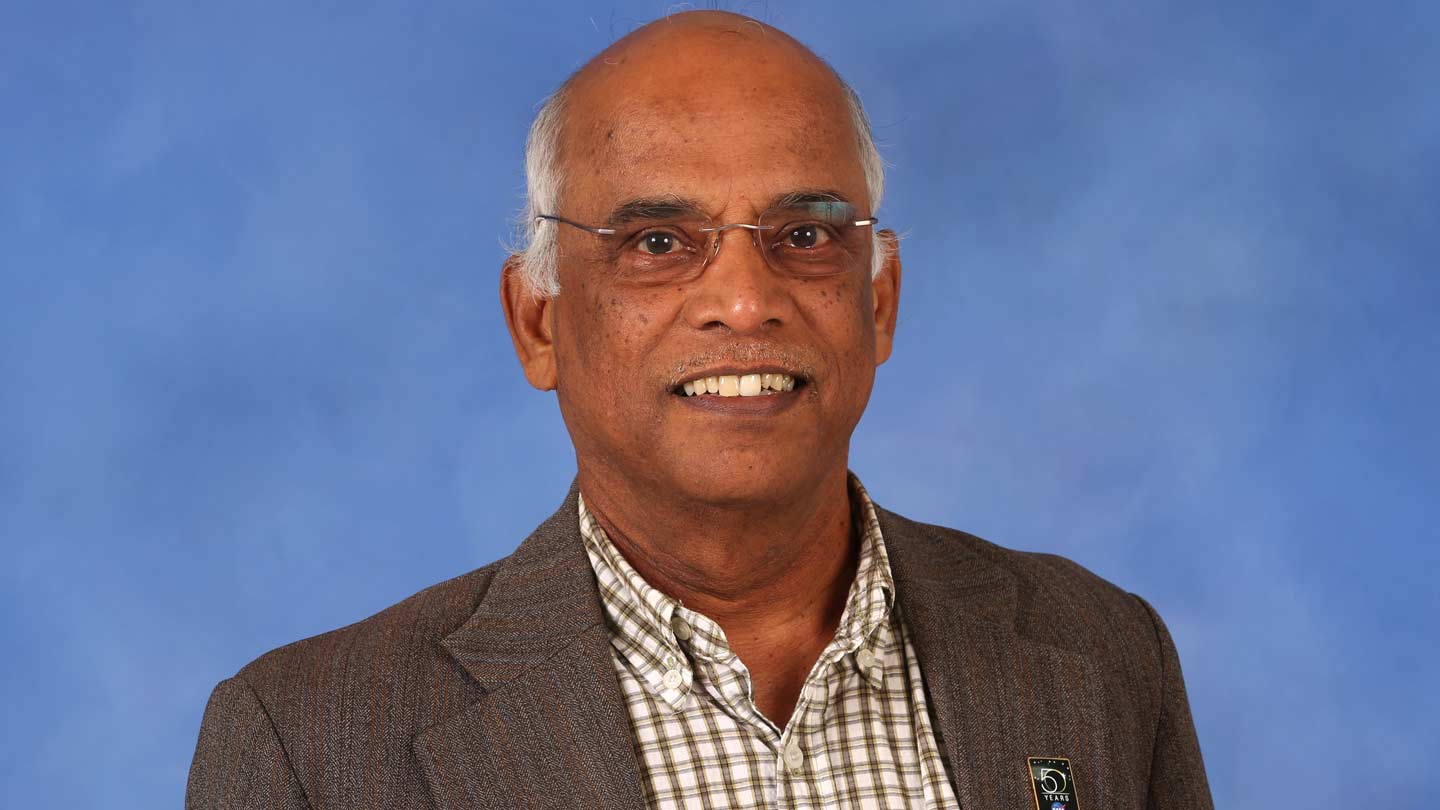 Dr. Narayana Bhat has been honored for significant contributions to gamma-ray astronomy.

The Tata Institute of Fundamental Research Alumni Association in Mumbai, India has presented Dr. Narayana Bhat, a research scientist at The University of Alabama (UAH) Center for Space Plasma and Astronomic Research (CSPAR), with its TAA Excellence Award for 2018.

A graduate of the institute who became a senior professor there, Dr. Bhat received the award for significant contributions to gamma-ray astronomy; for designing and leading the Pachmarhi Array of Cherenkov Telescopes (PACT) project; for confirming the bimodal nature of gamma ray bursts; and for his role in the revival of the Gamma-ray Burst Monitor (GBM) onboard the Fermi Space Telescope.

PACT is a ground based atmospheric telescope array designed to detect and study gamma-rays in the energy range of a few hundreds of GeV (10^9 eV) to several tens of TeV (10^12 eV).

"It consists of 25 Cherenkov telescopes spread over an area of 80 meters by 100 meters and uses the less-popular wavefront sampling technique," says Dr. Bhat. "It was able to reject the off-axis hadronic background events by precisely measuring the arrival direction of the events."

The array was located in a high altitude observatory in a place called Pachmarhi in central India.

In quickly restoring GBM to operations after an anomaly aboard Fermi, Dr. Bhat and two others played crucial roles to revive a ground-based Spacecraft/Simulator Interface System, determining starting point settings for the GBM instrument and developing the commanding script to restore GBM to its pre-shutdown settings.

"For me, awards and recognitions are only secondary, whereas satisfaction in original research work is primary," says Dr. Bhat, adding, "Gamma-ray Astrophysics is the field I was always interested and pursued during my career."